SYNOPSIS:
A couple on the verge of a nasty divorce attempt to sell their empty love nest and move on with their lives, separately. After a successful open house they are horrified to discover, days later, that a potential buyer didn’t leave their home. While Alice is being held captive in the basement, the unannounced house guest moves in upstairs. She senses her capture is being kept a rebellious secret. She knows her way only way out if she can only get out alive

“Open House” is going to end up biting itself on the rear for how the film is marketed. Not sure if it was Lionsgate’s idea or that of director Andrew Paquin, to prominently display his sister Anna and her fiancé and co-star (HBO’s “True Blood”) Stephen Moyer on the cover when the two of them have combined screen time of MAYBE ten to twelve minutes. It is rather misleading (though I am used to these types of things so I had predicted it) and I think many of “True Blood” fans will feel a bit duped. That aside, “Open House” is worth a look but doesn’t offer up much suspense and suffers from being overly polished.

Alice (Rachel Blanchard) is just going through a divorce from Josh (Stephen Moyer) and has her house on the market. She lives by herself in the house and is away when the realtor shows it. After he leaves we find out that someone is in her house, that someone is David (Brian Geraghty). He takes her captive, ties her up, and keeps her locked up in the crawlspace in the basement. In comes Lila, David’s accomplice, the two of them are a murderous duo that lures people into the home only to film and kill them. Their plan seems to be working until David develops a crush on Alice. When Lila is gone for the day (we never find out where she goes) he allows Alice to be out with him. David becomes torn between Alice and Lila and what his next move will be becomes the center of the
film.

I had heard a bunch of bad things about this film after it premiered at the Tribeca Film Festival and that a chunk of the audience walked out. While not a great film, it wasn’t as bad as I was led to believe. If anything, Brian Geraghty should get some mention here since his portrayal of David takes me back to why I found Anthony Perkins so frightening in “Psycho”. Trisha Helfer is always nice to watch and “Battlestar Galactica” fans will enjoy her performance here since her character is pretty similar to that of which she is best known. Though underwritten, Rachel Blanchard manages to be a bit sympathetic even though I never really felt for the character. David was by far the most interesting and everyone else is a caricature or just there. 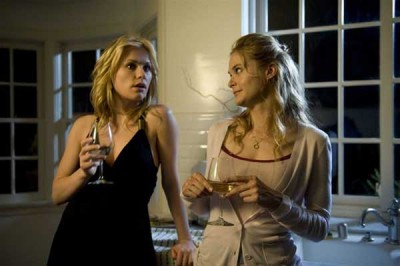 There are a few inspired moments and the last twenty minutes of the film work best. There is a gracious amount of blood and a decent body count, but never delves into the torture p*rn arena which is probably a good thing. The film looks overly polished, with some beautiful cinematography by Joseph White, who was director of photography on Darren Lynn Bousman’s “Repo! The Genetic Opera”. The real problem with “Open House” is the fact that here is no real suspense. I never felt it, not even for a moment. In all honesty, I never cared whether Alice lived or died.

Andrew Paquin has talent and I am curious to see what direction he takes after this film. He is a solid director but as a screenwriter, his characters lack any real depth. For a first time feature director, he has skills and they are evident in the look of film. Since the film takes place in a single location, he was able to utilize the space wisely. Brian Geraghty was the highlight here. He
stole the show from his fellow actors in this piece. With this and “The Hurt Locker” under his belt, his career is beginning to take off and deservedly so. Moyer appears for a few moments longer than Anna Paquin and it was evident they were just doing a favor. Next time around Andrew Paquin should concentrate on building character and suspense, not the kind that has you guessing how many minutes his much more famous sibling and soon to be brother in-law will be on the screen. 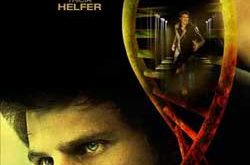