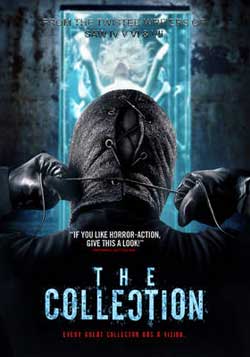 Arkin escapes with his life from the vicious grips of “The Collector” during an entrapment party where he adds beautiful Elena to his “Collection.” Instead of recovering from the trauma, Arkin is suddenly abducted from the hospital by mercenaries hired by Elena’s wealthy father. Arkin is blackmailed to team up with the mercenaries and track down The Collector’s booby trapped warehouse and save Elena

When “The Collection” arrived, my interest was high though I still figured I could wait till the DVD to check it out. I did really dig the first movie “The Collector“, so I had an idea what to expect. After watching it now, I wish I hadn’t of waited, as “The Collector” movie is hands down, pretty badass! 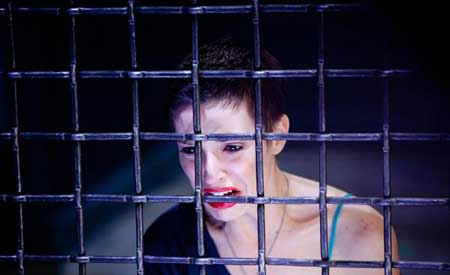 To reflect a bit, the villain of “The Collection” is in fact a serial killer that has alluded capture due to his inconsistency in victims. To break that down into plain English, he lacks patterns that have been traceable by the authorities. He is equipped with some pretty efficient engineering skills which are demonstrated by his knack for kill toys and death traps. He wears a mask (which reminds me of wrestler) and is pretty tough to beat “even” in combat. “The Collection” film is influenced “just enough” by the SAW franchise without ever feeling it has copied it. Speaking of….. it features a great soundtrack by Charlie Clouser (also SAW composer) and is directed by Marcus Dunstan who directed SAW V and VI. What else? well I won’t dig “too” far into credit-for-credit, but it does also feature Kevin Greutert behind the editing suite who edited the films SAW and SAW III. So if it “feels” like a SAW movie, well there is good reason here. 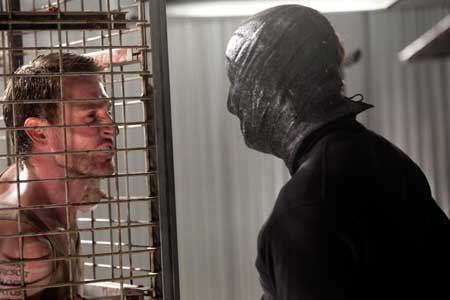 “The Collector” from this film…he collects things when he is not brutally torturing or killing folks (for no apparent reason). His collection is an odd display that looks like it belongs in the movie “The Cell”. A fascination with bugs, surgery, and booby traps makes this fella an overall mean son of bitch to mess with. His background is never really explained, but we do figure that there “will” be one to mention, if not eventually. The movie begins with a glorious rave style murder that has to be seen to take in fully. Let’s just say, it rocks the sadistic mass killing factor. 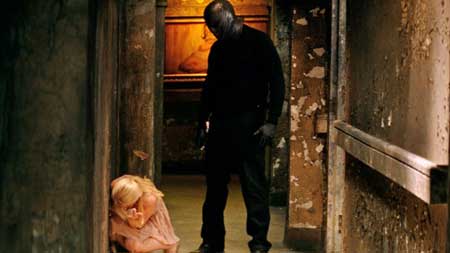 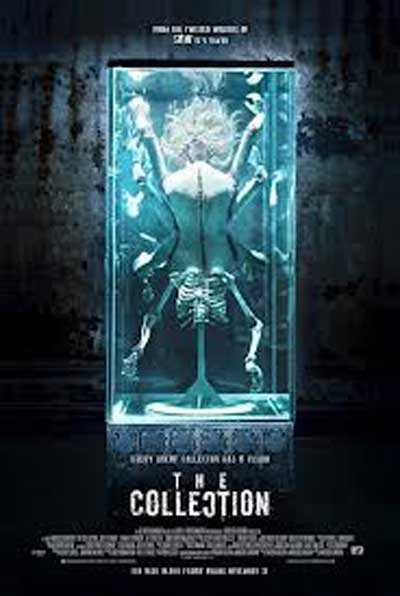 Our story is kept somewhat simple. We have a unknown serial killer who kidnaps a girl, Elana (Emma Fitzpatrick) when she releases one of his prisoners. The captive Arkin (Josh Stewart) who sort of reminds me a bit of the actor David Patrick Kelly, escapes while Elana is taken. Elana’s father Mr. Peters (Christopher McDonald) who is quite wealthy, hires a covert team to locate and rescue his daughter. This initiates the team locating the Collector’s lair and dealing with his house of horrors and maze of death (so to speak). Arkin is pulled back in, seeing that he is one of the few to have escaped from this sadistic killing machines funhouse. The conflict is pretty basic but it works for easy horror that you don’t have to think too hard about. 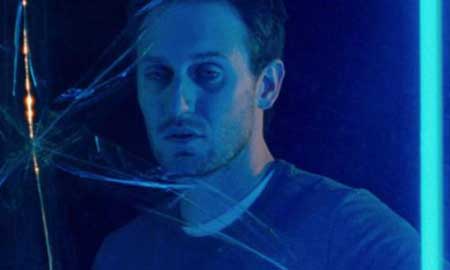 One thing worth noting, (and its really not a spoiler in my perspective) , we never do see the actual face of “The Collector”, which I believe to be a good thing for dramatic purposes. We do get the occasional wipe here and there, but not enough to make a connection putting a face to the killer. The credits do note that the role was played by actor Randall Archer, which is easily enough searchable on Google, for those who have to know. But in short, our villain is quite the villain and seems to be pretty good with the combat moves (even as a psycho). Also I need to mention that the “Collector” was played by another actor (Juan Fernández) in the first film from 2009. 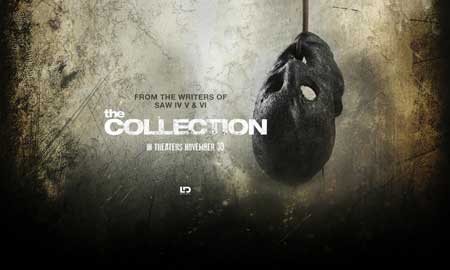 “The Collection” is quite the horror film with plenty for most fans who like suspense, torture, gore, and invention. It does feature enough violence and disturbing element to make our “extreme films” list, but it’s done in high production style that feels like a bad ass “theatre” flick to see. The level of violence is pretty in tune with the SAW franchise, so I believe there is an affinity for SAW fans to check it out as well. I’m going to cut to the chase and say, this is one I would own (and do for the record) that is worth a spot next to the (now a thing of yesterday) SAW films. The score is of course impressive with Charlie Clouser doing what he does best AND a reason to purchase that as a separate item. I’m down with a part 3, which I’m guessing will rear its evil head soon. “The Collector” is pure horrific coolness…enuff said!

The Collection is now available on Bluray per Lionsgate Entertainment