A social networking slasher, with a supernatural edge and Brit-Horror chic.

“Add me as a friend”…, a new film by director Tim Cowles takes the idea of “befriending” on one’s social media site into the realm of the classic slasher film per the title of “Backslasher”. In the interim, we are instantly greeted by social media plugged-in cutie Eleanor James who plays the role of Becca. You will also gather right off the bat that this is a UK film per the sultry accents. Becca has started a new business called “Love Soup” with her best friend Ruby (Emily Eaves) where one can order sexy women’s lingerie and erotic play toys. She of course wants the new venture to succeed as her and her friends push the social friending aspect to the hilt to obtain new orders. The girls are brought over from the adult chat channel to model various night time garments.

The first 5 minutes set us straight on what the whole friend circle “means” per way of quick title cards. Becca and friends try and keep things interesting by posting video blogs with silly female-centered clips for their audience. That is of course when they aren’t dealing with spam, creepos and those who only have only 1 intention in mind. It appears that the wrong element has befriended the girls intent on killing off all of those on Becca’s “friends list”. Our killer wearing a hooded mask (aka an Army Winter mask) and a machete begins to stalk and kill each as the film progresses. 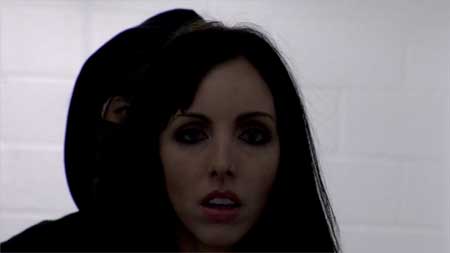 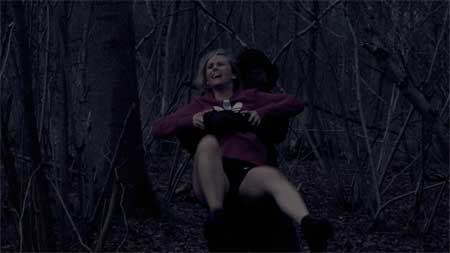 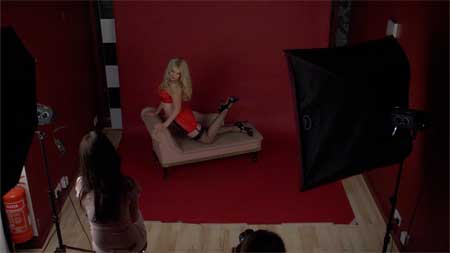 The film style caters to a trendy Brit-chic presentation that ups its anty with a gaggle of cute women who don’t mind putting on a few outfits for the camera. With a few subplot relationships getting us into the drama a bit, really all this movie aspires to is the “simple body count” aspect of one after the other killings who often are just taken down without much explanation. The victims also seemed to allow themselves to be killed a bit “too” easy.

With that point made, I believe this kind of film will satisfy fans of slasher films who like a few hot ladies strutting around to fill in the gaps. Becca who is associated with all the recent deaths finds herself being blamed for the mess, but is quickly excused as a suspect. She soon finds that the killer has targeted her and all her girlfriends in a race against time as the killer hunts each of them down. 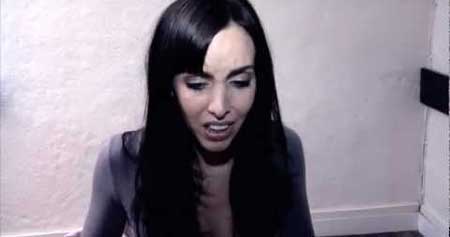 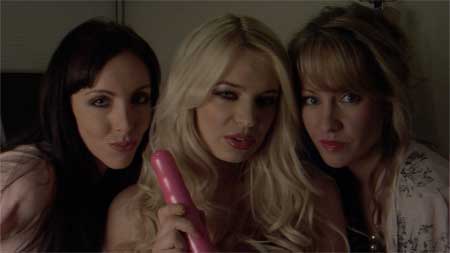 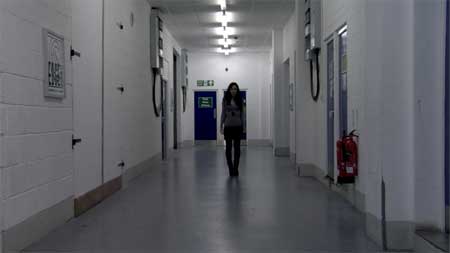 I’m not sure if it was me or the film, but I felt like I lost the whole premise purpose behind this film as to “why” the slasher is killing of Becca’s friends (besides being on her social media account). If that was the extent of it, then really all you have to go with is a few scared girls who are tying to keep from being victimized. So to re-cap: Backslasher = hot girls, sexy wears and a killer

Still, I found actress Eleanor James charming which seemed to be enough to get me thru the whole ordeal. With the trend of social media so prominent these days, I believe we’ll be seeing alot more of “these” online “friend” centered films sparking up here and there. The film is a debut-feature directing role for Tim Cowles who I believe will work his way up as better scripts come his way. The hardest part with reviewing this film is there isn’t alot of meat to it to talk about. I actually wouldn’t mind seeing how Eleanor James takes on other roles as I seek out some of her earlier contributions such as “Forest of the Damned 2″….or such….