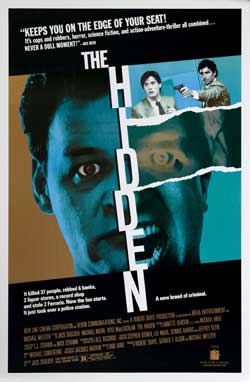 An alien is on the run in America. To get his kicks, it kills anything that gets in its way, and uses the body as a new hiding place. This alien has a goal in life; power. Hotly pursued by another alien (who’s borrowed the body of a dead FBI agent), lots of innocent people die in the chase.

The Hidden is an interesting blend of action and body-snatching horror, and its tone falls somewhere between They Live and Night of the Creeps. Director Jack Sholder understands the fine line between when humor is necessary and when the film needs to darken to portray the main storyline, and The Hidden is often strangely funny and also telling of our society now, when gunmen shoot out movie theaters and when strangers begin gnawing on people for no apparent reason. 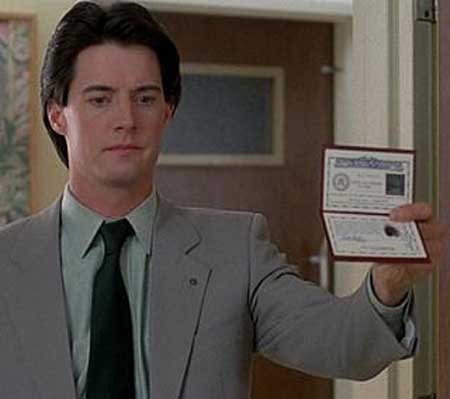 The reason I bring these small pieces of true crime up is because The Hidden begins with a chilling scene where the alien, inhabiting a human being, walks into a bank and then shoots anyone in his way. All of this is shot on security camera, making it appear quite realistic, and the comparisons to senseless shootouts we’ve been seeing decades later is eerie to say the least.

But The Hidden is also focused on the absurdity of the situations. The film’s alien is never faceless; he inhabits a number of different citizens throughout, often to amusing results (especially when the alien inhabits a stripper). Along with the multiple personalities of the enemy, the audience is also treated to a few characteristics of these aliens thanks to Sholder’s small touches of development – the aliens enjoy heavy metal music and fast cars, as shown in the first few scenes once the film really gets down to business. These don’t seem like heavy details, but since the film continues to make reference to them throughout, and especially noting these characteristics in our main character Lloyd (Kyle MacLachlan), they’re important in keeping the verisimilitude of the film’s world intact. 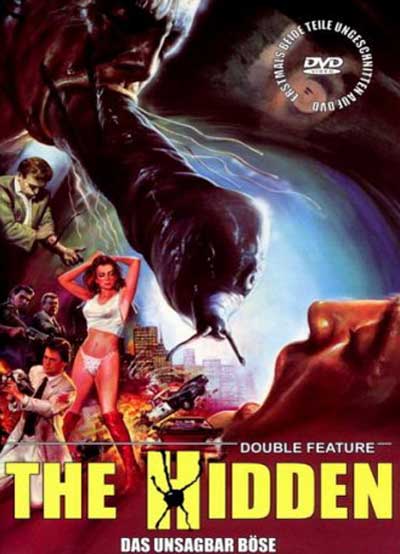 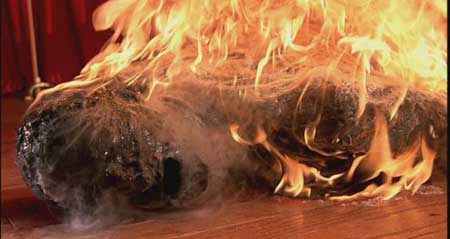 As one might expect, The Hidden is a lot of fun simply because of its style – there are a lot of hot rods to look at, Claudia Christian’s butt makes a swift appearance, and if one partakes in heavy metal, there are many tracks on the film’s soundtrack to identify. But Sholder also crafts an intriguing buddy-cop drama between MacLachlan and Michael Nouri, who plays police captain Tom Beck.

There’s a reason their relationship works so well. MacLachlan fits the part of Lloyd perfectly; in The Hidden, he’s kind of a strange-looking man, likably awkward as his character tries to identify the nuances of being a human while still trying to hunt down the alien that killed his wife. On the other hand, Nouri plays a tough cop, a guy who’s not given to fits of hysteria. He deals in hard facts, gets things done, and he kind of resembles a jock in high school who doesn’t mess around with the nerdy guys. Once Lloyd and Beck are forced to work together, their relationship must correspond, and after a while their friendship starts to prosper in a weird way. Watching this develop is almost as good as seeing a man in a wheelchair run down by a sports car at the beginning of the film. 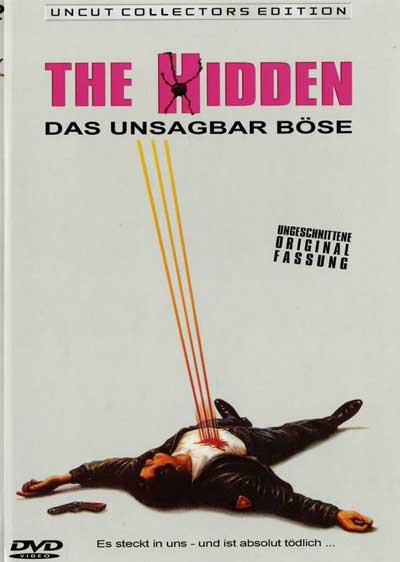 Though it doesn’t necessarily seem like a film of this ilk would attempt to generate an emotional response from the audience, The Hidden tries to make the aliens (at least Lloyd’s alien) relatable. They feel the same lack of self-identity that humans do, and the film does, at least in part, establish the theme of self-identity within a large city. It’s a stretch to say that The Hidden totally succeeds here, but the multiple shots of the aliens staring at themselves in the mirror does begin to define an overarching idea. There’s also an emphasis on politics, and the evil alien tries to use a senator to his advantage in hopes of taking over the world. This isn’t quite as noticeable, but one can’t help but see the powers of our own politicians and the ease of corruption within the political spectrum. 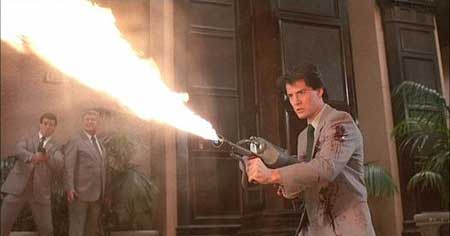 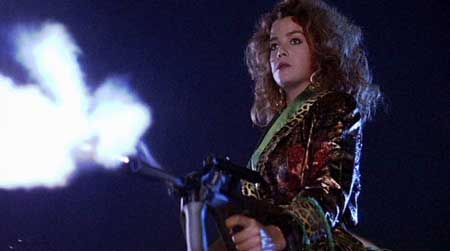 With a fantastic blend of wit and horror, The Hidden is a surprisingly overlooked flick from the ‘80s that would have gone well paired with They Live or some of Fred Dekker’s past films. There’s an absurdity to the whole thing that makes the film laughable; but then again, The Hidden might be seen in a more morbid light by our post-9/11 audiences, especially when it comes to the multiple scenes of aimless violence the alien commits. Even decades later, the film remains relatable, despite the obvious tale of fiction it presents.