It’s hard to phantom how many zombie films have been released over the years. Add to that the resurrected interest zombie films have played in the 21st century. Take that 1 step further with the trend of “including” hot ladies as strippers-turned-zombies giving the imagery of the undead a bit of a makeover (usually a nasty faced vixen with popping breasts and hot bod combo).

Even though these slimy, flesh eating denizens of the un-living usually tend to make your skin crawl, there have been a few that have been deemed more erotically sexy than ghastly. This particular list gives tribute to the 10 top picks from this category titled: “Top 10 Hottest Sexiest Female Zombies” . If you don’t know what I mean, then you haven’t seen the film “Cemetery Man” which features the lovely Anna Falchi doing her best to make us believers that having a dead girl around might not be so bad. Speaking of dead girl…….actress Jenny Spain makes a a cold corpse pretty damn hot (as disturbing as that sounds)

1- She “Cemetery Man aka Dellamorte Dellamore” (1994) (Anna Falchi)
Anna Falchi takes the lead as one of the hottest corpses ever to come back to life (no really…I mean it!). This cult film is quite unique in that it brings a bit of that early dark comedy flair to the table with a cemetery caretaker and a recently diseased love interest who returns from the grave. The movie has a bit deeper meaning than it alludes to which is better explained in this review posted. 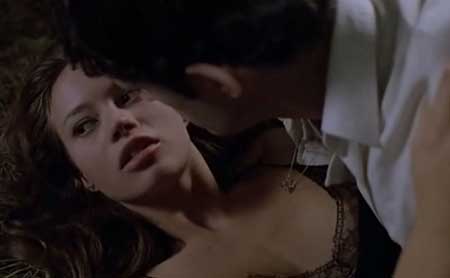 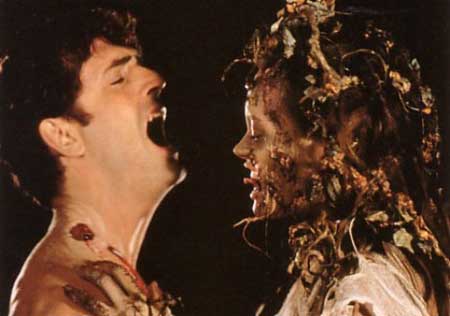 2- Trash “Return of the Living Dead” (1985) (Linnea Quigley)
I don’t think any horror fan will argue that the “zombie version” of Trash is still freaking hot as hell. We quickly grow accustom to the pink haired “Trash” being freakish looking from the get go, so when she’s devoured by old zombie cronies, this leg warmer wearing vixen is still hot enough to make us forget she’s a meat eater. 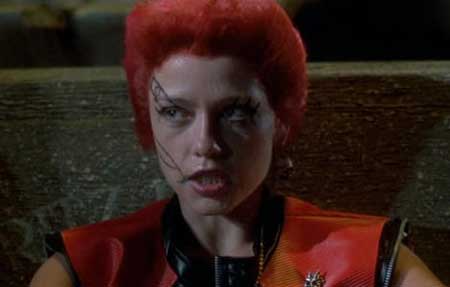 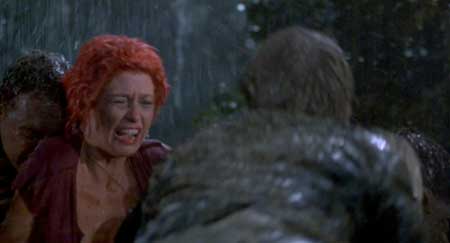 3- Julie “Return Of The Living Dead 3” (1993) (Melinda Clarke)
Never was there a “cooler” looking zombie than the sadomasochism femme fatale Julie. When Julie is “turned” she proceeds to decorate her body in self inflicted body piercings. What transpires is one hot looking super zombie who looks like she could front her own metal band to boot. “Return Of The Living Dead 3” is solely remembered for this scene and for Melinda Clarke’s sexy bad girl demeanor. It’s safe to say that the role earned her many more to follow. 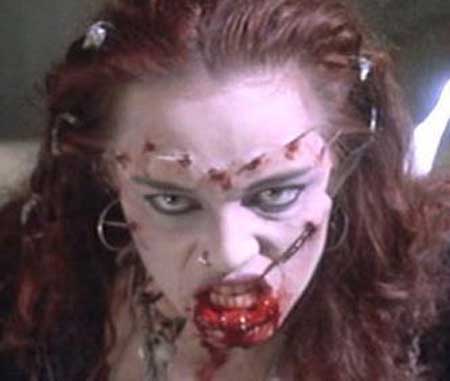 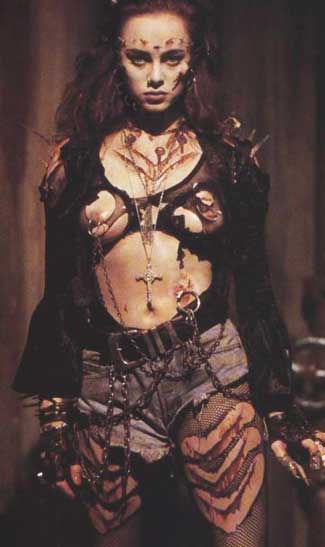 4- Deadgirl “Deadgirl” (2008) (Jenny Spain)
What a brilliant concept of a film. And there from front to back is the lovely Jenny Spain naked head to toe taking on the brunt of young nubile boys indulgent fantasies. Clearly a zombie who passes on her viral nature, it’s a “win win” for audiences and a shoe-in for this list (just don’t ask for a hummer)

5- Zombie 406 “Zombieland” (Amber Heard)
Amber’s part may be short-lived in this great zombie film, however Amber Heard is still pretty hot “even” when she transforms into a maniacal flesh-eating savage. Credited as “406” I’m assuming is in reference to her “zombie” number for the film. A worthy pick even though Amber keeps her clothes on. 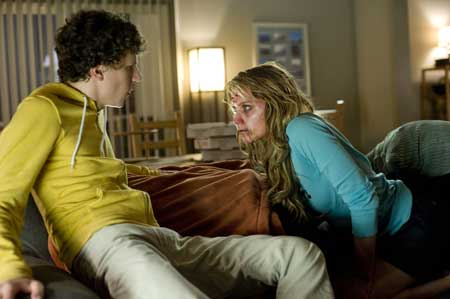 6- Kat “Zombie Strippers” (2008)  (Jenna Jameson)
Not much of a stretch here, it’s Jenna Jameson turned cold. Despite her appetite for destruction, it doesn’t seem to effect her bodacious assets. Is it wrong to find a foaming at the mouth hungry killer still very attractive? Well put your morals aside and strap in for some nasty Jameson time!!!

7- Lilith “Zombie Strippers” (2008)  (Roxy Saint)
I wasnt going to include 2 picks from the same film….but well, I just have to. “Lilith” from “Zombie Strippers” is a perfect opposite addition to Jenna’s blond-haired role. Roxy Saint may have only contributed her acting/stripping talents to 1 film, but damn, nice pick! If you have to die getting eaten to death, well ….sign me up for this one. 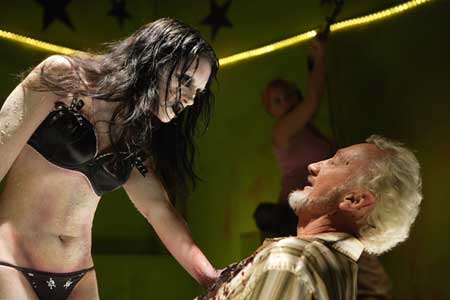 8- Tori “Remains” (2011)  (Evalena Marie)
Evalena Marie barely made the zombie quota with the film “Remains”, which features Evalena as a heroine until the very end. Though we don’t hold grudges for minimal zombie time on screen. So with that said  actress Evalena Marie has earned herself a slot in the hottest zombies list. Though that’s no reason to fast forward to the end as Evalena Marie is mighty fine without being bitten. 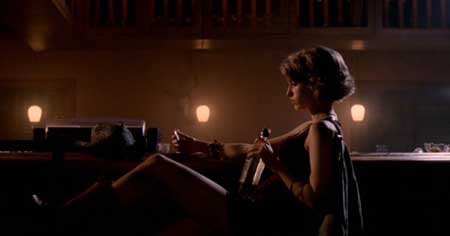 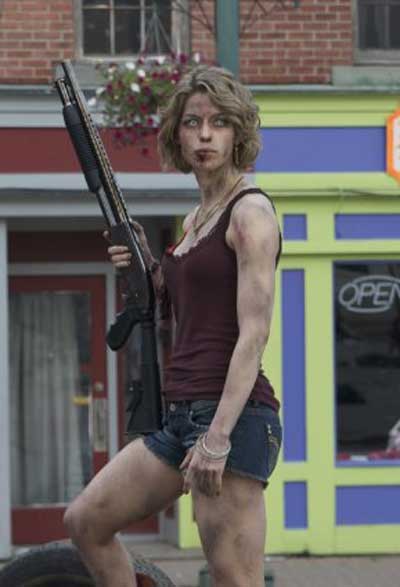 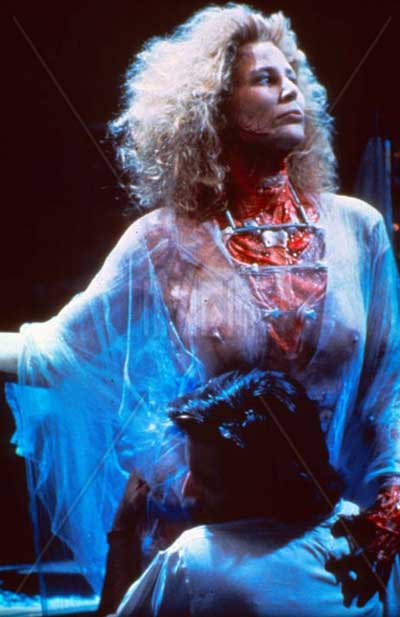 10- Helen Sharp “Death Becomes Her” (1992) (Goldie Hawn)
Oh how soon we forget… Goldie Hawn looked stunning in this dark comedy horror experiment as Helen Sharp. Taking a potion Helen gains beauty that in one sense or the other gives her eternal life, though she also becomes this zombie hybrid that just wont die. It’s a great take on the genre theme with an entirely original premise. 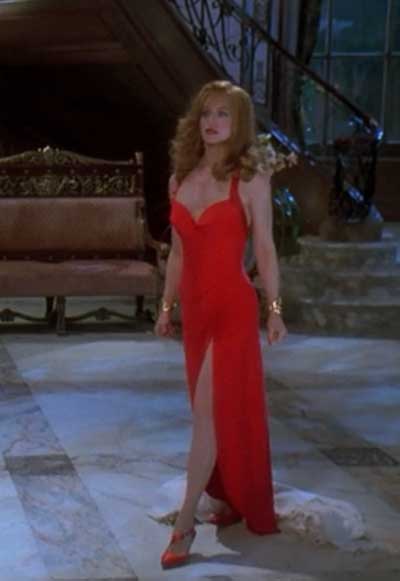 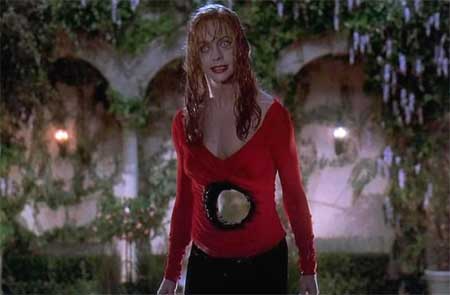