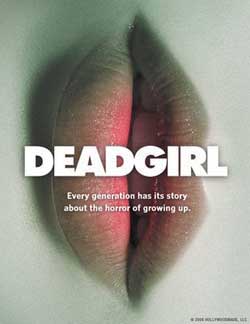 When high school misfits Rickie (Shiloh Fernandez) and JT (Noah Segan) decide to cut school and find themselves lost in the crumbling facility of a nearby abandoned hospital, they come face-to-face with a gruesome discovery: a woman whose body has been stripped naked, chained to a table and covered in plastic. When both react to the situation in extremely different ways, the boys soon find themselves embarking on a twisted yet poignant journey that forces them to decide just how far they’re willing to stretch their understanding of right and wrong.

This is a new take on the zombie film genre and I have to say that it is very welcomed in my eyes. Normally in Z films that we get to watch, the protocol is namely the same.

Science goes wrong, our mains are helpless but lucky enough not to be an immediate target of the rampaging flesh eaters, the whole city and soon to be world is overtaken, they must find a way to survive, they make it out alive with minimal damage done to them personally.
How may films have you seen that fit that description? Well, that is not the case with this film. 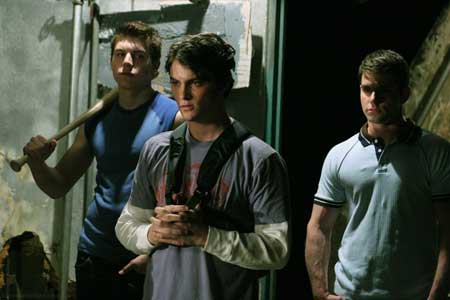 A couple of teenage boys skip school to hang out at an abandoned mental institution. After some vandalism of the property, they decide to explore the building and find themselves face to face with an not-so-friendly pooch. After fleeing through an hatch in the wall, they discover a room where an naked female is laid out upon a slab and covered in plastic. One of the teens takes an immediate liking to her but the other freaks out as pretty much anyone would. Our sick Casanova over powers our sensitive teen and decides he is going to make the best out of this situation. But one thing neither of them expected was for this girl to be different than just your regular tied up victim. No matter what is done to her, she won’t die. Which leaves the sexual opportunities open and endless. At least until she starts to stink.

The reason I like this film is because it IS different than what we are always given. Its the spin of “if you could, would you” that I have thought about when it came to males friends of mine from time to time. If you had a woman that you could do absolutely anything/everything to who wouldn’t die, wouldn’t tell, and seemingly wouldn’t care, how far would you take it? Personally, I’m more into the male aspects of the arena and would not particularly find enjoyment in an in disposable woman but that’s just me. *wink*

Other than a few unanswered questions like:
Where did the dog come from? How did she get down there and why didn’t anyone come back for her even if it was for their own purposes?
And maybe a few small more, this story was grotesque, eerie, and kept you locked in throughout. I thought it was an awesome plot that definitely deserves recognition.

They movie is also extremely well executed. I was very impressed with the chemistry of not only the main actors and their interactions with each other but with the supporting cast as well. This is a film ultimately about teenaged boys are their hormones. The subject matter alone may be enough to cause a laugh or two but this cast really pulled it off as not take and keep you in the moment and only making you laugh when it might have been appropriate to. I have to give many compliments to the directors for taking this story down the route they did. It could have easily fallen to a cheap comedic fiasco but each scene was so precisely executed as to not let that happen. 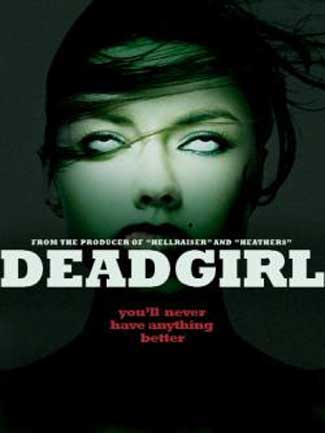 A couple of my favorite moments from the film came from their use of special effects. Brilliant in a lot of ways. Never was anything over done and the wounds and gashes were actually props! Thank you for not pulling the CGI wool over our eyes. This is what makes a film fun for me and you guys did a great job on everything.

All I have to say is you guys got a big HELL YEAH from me for the bullet holes and upper lip. That’s all I’m going to say, watch the film to understand that statement. Haha!

All in all, I would really recommend this film to anyone looking for something different. This is a film I have to say has caught my attention and I will definitely watch more than once. Kick ass movie guys! Pick up a copy when you get the chance!