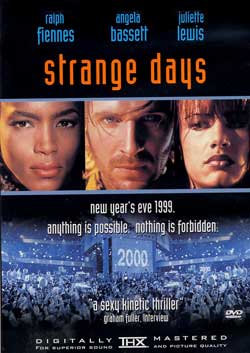 With the year 2000 looming ahead (at the time), a few films were bound to come out predicting our immediate future. “Strange Days”, a Kathryn Bigelow directed action crime drama was setting the stage with its present day science fiction film that foresaw a future not dependent on drugs, but a new high using only a simple device (and the fragile influence a mind can phantom). Actor Ralph Fiennes, plays the role of former cop turned street peddler, Lenny Nero. Nero is your model of a typical street hustler who deals in video recordings that wire into your brain for a realistic experience (the wearer takes the POV of the capturer). The discs are recorded data discs that contain the memories of others. They are referred to on the street as SQUIDS (Superconducting Quantum Interference Device), captured from the wearers cerebral cortex for sale on the black market. As you can imagine, a need and demand for the delivery of more edgy footage that the wearer could experience was growing fast. Nero was the go-to guy for such tapes.

“See… I can get you what you want, I can. I can get you anything, you just have to talk to me, you have to trust me. You can trust me, ’cause I’m your priest, I’m your shrink… I am you main connection to the switchboard of he soul. I’m the magic man… Santa Claus of the subconscious. You say it, you think it, you can have it”

Nero while hocking his video warez holds a previous acquaintance he can’t shake. His former girlfriend Faith Justin (Juliette Lewis) has left him for music mogul Philo Gant (Michael Wincott). Her career is taking off at the cost of giving up her relationship with Nero (but also at the cost of Faith becoming another one of Gant’s playthings). While she proclaims that she wants nothing to do with Lenny, he just can’t believe that she doesn’t “feel” the same way he feels for her. Though Lenny still has his recorded memories he can plug into. 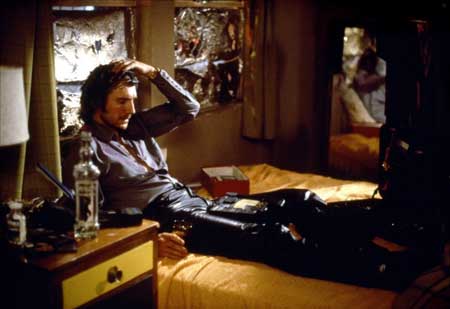 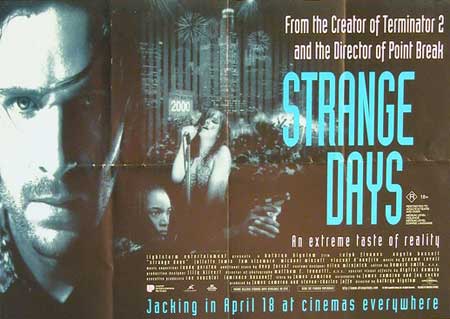 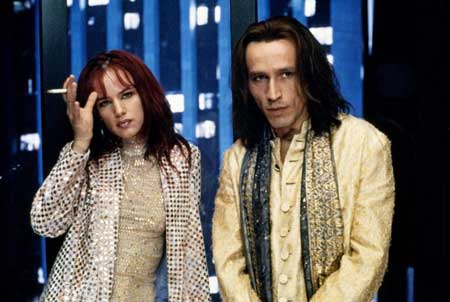 Gant, a paranoid obsessive does his best to send his lackeys after Lenny to keep him far from Faith. During the situations, Lenny begins to suspect that Faith may be hiding something far greater and darker that she alludes to, which only concerns him more.

Lenny, a pretty well known social kind of guy relies of his 2 best friends to aid in his intuition and his obsessive compulsions. Lornette “Mace” Mason (Angela Bassett), a body guard limo driver and private eye Max Peltier (Tom Sizemore) provide Lenny with his much needed moral support. But as things heat up it is soon discovered that their is bigger situation involving the death of black social commentator / rap artist Jeriko One. The trail has got the police chasing down and killing all the suspects as well as anyone who might be associated with the event. With Los Angeles now in a state of increased violence and crime, its well assumed that news of this would over-turn the city in a increased wave of violence. 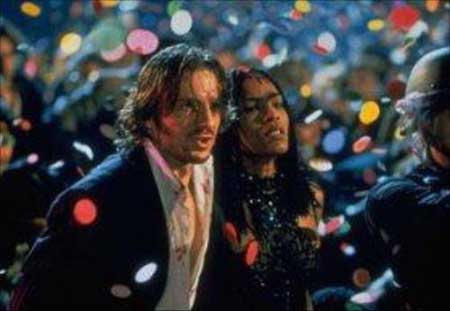 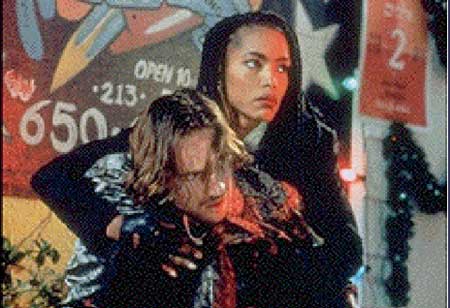 The film is a great example of interweaving many subplots into a series of reveals and resolutions. We keep a sense of what we “think” is going on only to be later duped with a turn or twist. The film was hailed by critics and fans making it a “must see” for the time.

“Strange Days” succeeds at many things……. a strong story, a cool sci-fi reality, a foreshadow of the year 2000, great action, cool music, and quite a few hot scenes of the ever-extrovert Juliette Lewis. In fact this film marks a sort of debut into Juliette Lewis’s own singing style and talents (she did all her own vocals) backed by a pretty slick performance (Juliette now fronts her own punk style band by the name of “Juliette and the Licks” ). 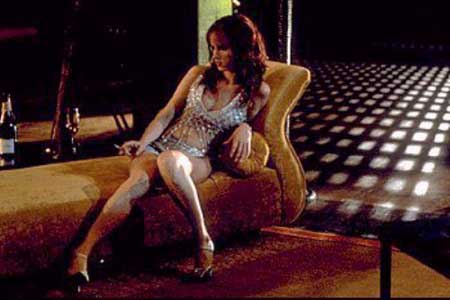 It is also worth mentioning that the film had professed to shooting at least 60% of the film on Steadicam. This was prior to the wave of films like “The Blair Witch Project” that incorporated this now deemed “cinema verite” style into films. Though in this case it was used as part of a plot prop for SQUID recordings.

“Strange Days” arrived about the same time as a string of cyberpunk style films did on the scene. If you remember correctly 1995 saw the debut of the movie “Johnny Mnemonic” AND the other cyber focused film “Virtuosity”. It was a trend which anticipated the next millennium, one of computers, gadgets, and virtual concoctions of the future. The film like the others garnered a cult following of its own deemed a pioneer of the early cyber films..