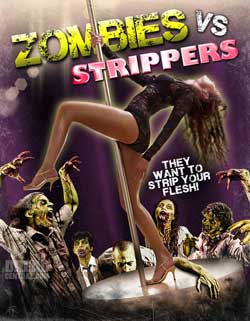 The Tough Titty is a strip club that’s seen better days. But tonight it’s gonna see a whole lot worse. Spider has been losing money on his business for years. Now it’s finally getting the traffic he’s always wanted… unfortunately, most of his patrons are undead. With a sudden outbreak of the zombie virus, Vanilla, Bambi, Sugar Hills deal with the disaster the way only a stripper can. Blood braziers go flying, in this exciting horror-comedy.

It’s another meager night at The Tough Titty for sleazy owner Spider (Circus-Szalewski). The strip club on the verge of going out of business, but its isolation finally proves to be beneficial. At first, Spider doesn’t think much of the patron who bites off another man’s fingers. But once news gets around of the zombie outbreak, Spider and his dancers find themselves in a nice shelter. 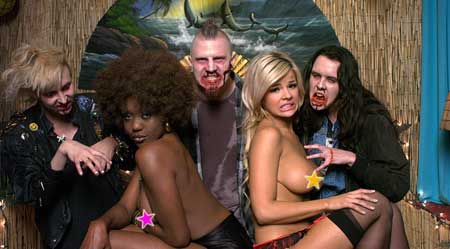 The sassy and sexy girls include Sugar Hills (Eve Mauro), Vanilla (Brittany Gael Vaughn), Bambi (Victoria Levine) and Jasmine (Adriana Sephora) – most of whom provide gratuitous nudity, of course. I would’ve liked to have seen the empowered females single-handedly take on the undead, as the title suggests. Instead, writers Nick Francomano, Alex Nicolaou (who also makes his directorial debut) and Kent Roudebush introduce a plethora of annoying ancillary characters.

They are joined by Spike (Adam Brooks), a rocker from the band Nancy Reagan’s Vagina; three members of a bizarrely religious biker gang lead by Red Wings (Brad Potts); Richard (Patrick Lazzara), a random rich guy who has enough cash to buy his way into the refuge with enough left over for lap dances; plus the other club workers. Naturally, not everyone gets along, but they are forced to set egos aside and band together when the dead come knocking. The zombies don’t fully come into play until about 45 minutes into the movie – which is only a little over an hour long. The rest of the time, viewers must put up with insufferable acting between scattered boob shots. 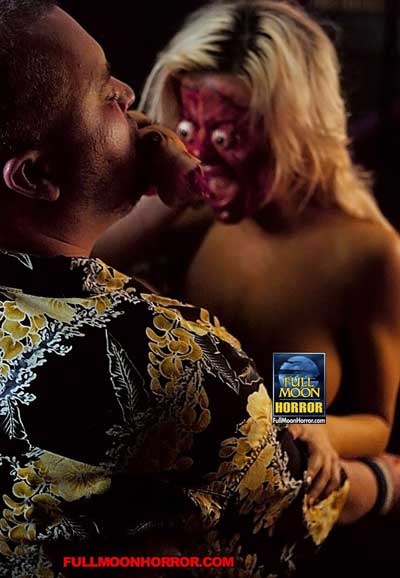 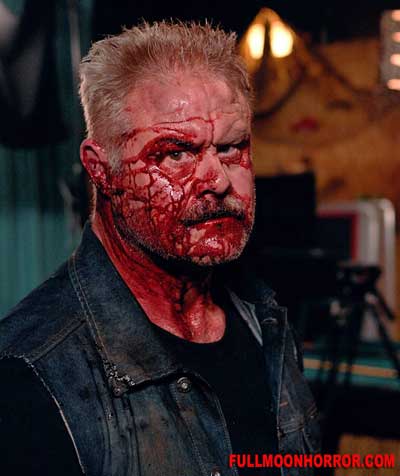 Zombies Vs Strippers is far from a good movie, but at the end of the day, it does deliver on the titular concept. (In fact, it is about the only worthwhile plot point in the entire movie.) As you may expect, the movie is campy, which lends itself to a couple of mildly amusing moments. Namely, a stripper gets her face peeled off from a zombie bite, and yes, there is a zombie sex scene. Fans of Full Moon’s campy, low budget B-movie formula will have some fun with it. For anyone else, get your zombie/stripper fix by renting Zombie Strippers instead.