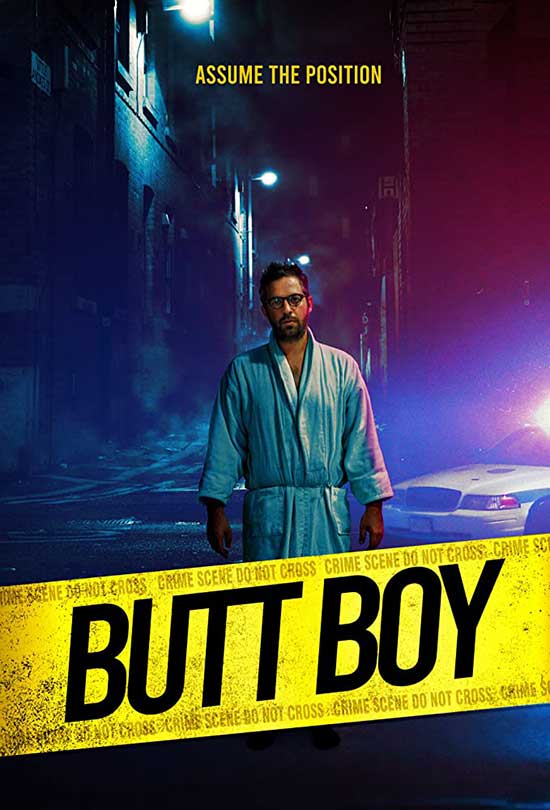 Detective Fox loves work and alcohol. After going to AA, his sponsor, Chip, becomes the main suspect in his investigation of a missing kid. Fox also starts to believe that people are disappearing up Chip’s butt.

“Butt Boy”. Yes, that is really the title of today’s film. “Butt Boy”.

When I saw that title in my list of review movies, I rolled my eyes. “Ah, hell, not another cheap comedy!” Then I did a little research on the story. Doing so made me dread watching the movie. A guy who shoves things – and, ultimately, animals and people – up his butt?

Umm, wasn’t that an episode of “South Park”?

While fighting off sleep in the early morning hours, I fired up the film, crossed my arms over my chest, and dared “Butt Boy” to impress me.

Chip is an average guy whose marriage and life has hit a dead end. He is depressed and looks like he is 30 seconds from jumping from the nearest bridge. His life has zero spark.

No zip in his life until he goes to a regular medical check-up. After the rather rude doctor performs a prostate exam, Chip has found his spot of bliss – having something up his rectum. Not kidding here. He tests the waters and is soon in butt-bound Nirvana! Plastic game pieces to the TV remote begin to literally fill the void in his life and his colon. He cannot help himself. In his hedonistic mania for more and more pleasure, he inserts the family dog. 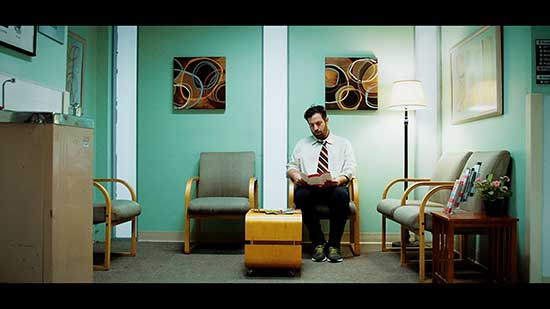 As he and his wife post “missing dog” posters around the neighborhood, he spies a mother with a baby. Once more, his craving overcomes his logic.

The whole community begins a search for the missing child. Chip, knowing his obsessive illness has gone too far, attempts to kill himself, but the poor schlub fails.

Nine years later finds Chip in an AA group, using the cover of alcoholism to control his unnatural urges. Unfortunately, his willpower is wearing thin. When he snaps, a recent member of his group, an unconventional police detective, begins a very tense cat-and-mouse game with Chip to discover the cause of the disappearance of a young boy. Both of their lives will be forever altered as the unbelievable truth becomes the center of their existences. 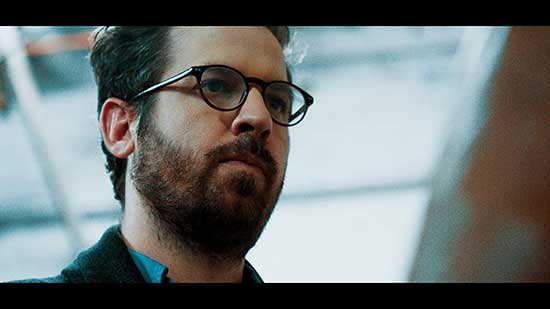 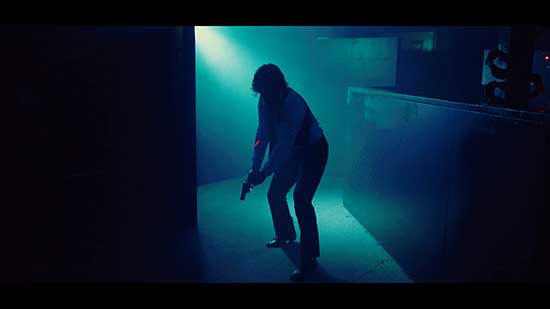 “Butt Boy” sounds utterly ridiculous. It is. Don’t even try to wrap your head around the physical ramifications of some of the events. The film does not ask you to do so. Just accept the premise and go with it.

Given the central concept of a person inserting increasingly larger items up his rear, you would assume, as I originally did, that the film would be a goofy, bathroom-humor chuckle-fest. To be honest, the premise sounds like something Troma and Lloyd Kaufman would release.

Fortunately, that is not the case. Despite the lunacy of the main character’s rectal abilities, “Butt Boy” plays the tale as a straight-up crime film most of the run time. Moody lighting, noir-like camera angles, and quick edits build visual tension as the cop investigating the child’s disappearance and Chip striving to keep his obsession under control dance back and forth.

Aiding the whole process are two spot-on performances from the lead actors. Some reviewers have criticized Tyler Cornack, who plays Chip, as being dull and lifeless. Untrue. His character has, at the beginning of the film, hit a dead end in life with a wife who tolerates him, a job environment that does not inspire him, and a depression that is bordering on suicidal. When he discovers his special joy, there is a growing spark in his eye that is suddenly doused after he realizes his spree must end. Nine years of literally sitting on his greatest personal discovery has deadened his soul again. When he reopens his passion for inserting things, his mind has already been broken, but he still attempts to convince those around him that he has not changed. Cornack balances the whole performance well between obsession and calculated blandness.

On the opposite side, Tyler Rice, playing the alcoholic cop Russell Fox, makes an out-of-control cop who feeds on the rush of danger likeable as his character chain smokes his way through the tedious moments between house raids and drunken sprees. Rice gives Fox an equal level of obsession with wanting to know the truth of his current missing child case when all the evidence points towards to the ludicrously impossible. Even when the character is drunk and acting out, he is watching and remembering every small element of the world around him.

Is “Butt Boy” a great film? Maybe. At the very least, it is more interesting than the bulk of the recent big-budget releases that have failed to spark the interest of film-watchers. Dripping with style and intriguing performances while maintaining a story that sounds like something a group of snickering 13-year-old kids would dream up during a sleep-deprived all-nighter, “Butt Boy” should satisfy most film fans looking for something different.