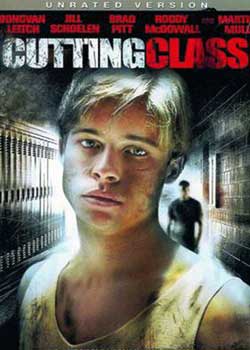 Brian has just been released from a mental hospital (a lot of people think he had something to do with his father’s death) and enrolls in the local high school. He soon falls for one of his classmates, a pretty young lady named Paula. The only problem is that Paula is involved with Dwight, which makes Brian very unhappy. Soon someone starts killing off the students and staff at the high school, and Paula isn’t sure if Brian is behind the murders or if Dwight (who isn’t the most stable guy in the world and has anger management issues) is responsible. She better figure it out quick before she becomes the next victim.

I have seen Cutting Class dozens of times and think that it is just an all around awesome movie. It is a fun little slasher flick that delivers on every level. I love horror movies that have an unseen killer going around slaughtering people because I think it is a lot of fun trying to figure out who the murderer is before it is eventually revealed. One of the reasons I really dig this movie is due to the fact that we don’t know who the killer is until the third act, and there are a lot of twists, turns, and red herrings thrown into the mix that keeps you guessing and second guessing yourself as you try to figure out the identity of the person behind the murders. There were many times while I was watching it for the first time (which was around 1990 or 1991) and I was convinced that Dwight was the killer, and then about ten minutes later something takes place that makes it look like Brian is actually the one responsible. The whole movie is like this and I spent most of the time I was watching it trying my damndest to figure out who was actually committing the murders (I was wrong in the end). 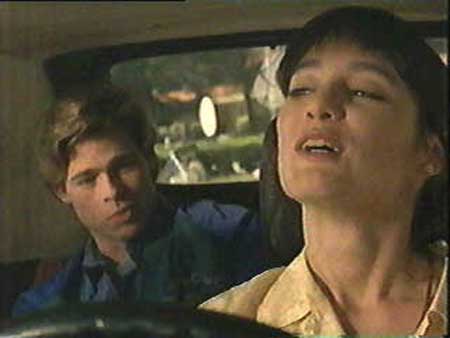 I also like the fact that it doesn’t take itself too seriously. Even though it is a horror film it does have a lot of comedic elements to it as well. Don’t get me wrong, it isn’t one of those silly ass movies that have been flooding the market in recent years that tries desperately to incorporate comedy into horror. Most of those movies end up being unwatchable, ridiculous garbage but that isn’t the case with Cutting Class. The humor is pretty subtle and it works for the most part. I’ll admit that there are some really bad, groan-inducing scenes that take place (Martin Mull’s cheesy line at the very end is painfully bad, as are most of his scenes in general) but there are also some bits that are genuinely funny as well. I think that the script is pretty smart and Steve Slavkin (who wrote it) does a good job of incorporating comedic elements into a horror film without going overboard and making it a silly mess, which is something that today’s filmmakers really need to learn to do. 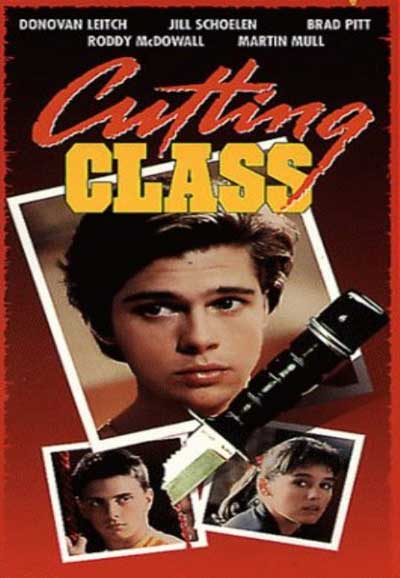 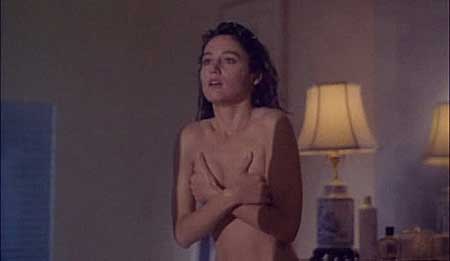 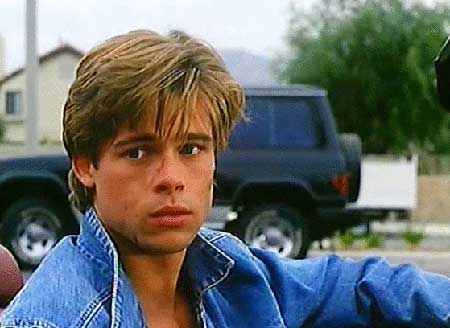 I liked the cast as well, and I think that they all play a big part in making this movie as good as it is. I have always loved Jill Schoelen (where are you Jill? Come back and make some more horror flicks because you rule and we miss you!) and she does an awesome job as usual in the role of Paula. I normally hate Brad Pitt (and his movies) with a fiery passion but I will admit he does a good job playing the assholish, possibly homicidal Dwight. I also thought Donavan Leitch owned the role of Brian and I actually felt sorry for him several times during the movie as he is such an awkward, sort of pitiful guy who is just trying to fit in with his peers and live a normal life. We also have the always terrific Roddy McDowall on board too, as well as Martin Mull who is a little annoying at times but does a pretty decent job as Paula’s bumbling father. I was also glad to see Nancy Fish who does as awesome job playing the bitchy teacher that you just can’t wait to see die horribly.

I think that Cutting Class is a great little flick and I always watch it when I am flipping through the channels and see that it is showing on Showtime or some other cable channel. It is an entertaining movie that has some neat death scenes (ever see someone get stabbed with a flag pole while jumping on a trampoline? You will here) and just genuinely interesting premise in general. Check it out if you haven’t seen it as I consider it a late 1980’s slasher classic.