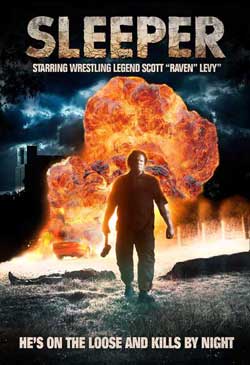 Resnick is a terrible killing machine who has been locked up for years. A convient breakout during a prison transfer leaves the homicidal maniac free and where does he choose to go? Haven’t you seen any of these movies….he’s going after the girl who got away….only this story is nothing like what you are used to…..

“He kicked the sh*t out of you…and you’re going to protect me?!”

Don’t let the title of this one fool you…Sleeper is hardly what its name might imply. Sleeper follows the tried and true horror film story: maniac breaks loose and chases down girl. Girl is conviently hanging out with a group of her friends….maniac makes quick work of friends. These films however wouldn’t be complete without the killer’s hunters which are played by Bruce Hopkins and Ty Hungerford. The cops chase down the killer who chases down the girl…who gets to who first? 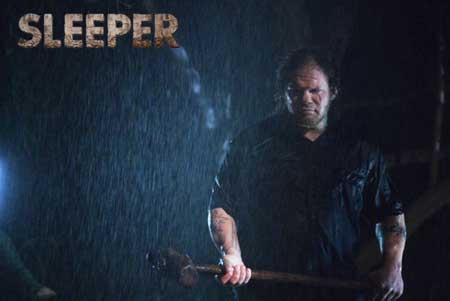 This style of film is hardly new….Resnick the killer is portrayed by Scott Levy who wrestling fans might know as Raven from his stints in the WWE and ECW. Stop groaning out there…I know I’m not a fan of wrestlers in films however in Sleeper this concept works…..well. Resnick you see has bitten off his own tongue in a fit of self mutilation so he can’t speak. This means Levy spends his time on the screen lurking in the shadows and straight up attacking the sh*t out of anyone who gets in his way. Once again this works because being a professional wrestler the fight scenes are of course very fun to watch. One scene in particular involves one of the detectives ducking beside a car and looking under it. The young cop sees one of his own being attacked and then suddenly hears quick stomping across the top of the car before he is snatched up into Resnick’s violent grasp.

Of course it’s not a body count movie unless we have some corpses piling up and Sleep delivers quite a few. It is very easy however for the viewer to start cheering for Resnick as he violently tears his path to a young girl named Kelly. Most of Resnicks victims tend to be assholes by nature, one victim in particular keeps a record of his sexual conquests on his belt. Unlike stalkers in other films Resnick doesn’t have a particular weapon he kills with whatever he happens to find near him. In most scenes he simply beats his victims to death; in others he might be crushing their skulls in with a car door. In one of the more disturbing sequences Resnick actually attacks his victim with a toothbrush shank style. Kelly….Resnicks object of affection is quite a different type of survival girl. Of course the viewer is tricked several times during Sleeper into seeing its characters in a different light and Kelly is hardly the kind of girl you might be used to. She is a worthy adversary for Resnick and Kym Jackson portrays her character quite well during the film. 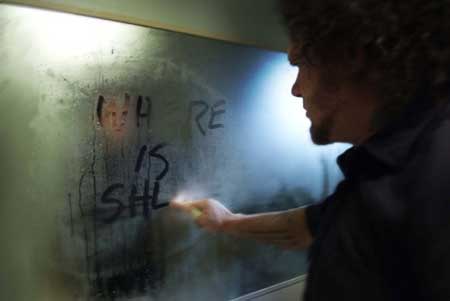 Even though Sleeper sounds like films most of us have seen hundreds of times it still finds a way to knock its viewer on their head. The film simply flows and there isn’t really any slow moments, Resnick gets free and proceeds to tear through the town. Back-stories are simply told via flashback as the characters talk amongst each other. Gore hounds are going to love the violence and the amount of red stuff that is generously thrown around the screen. Wrestling fans are going to like the action scenes and horror fans in general should enjoy the pacing and the story….the ending of this one is definitely unique. 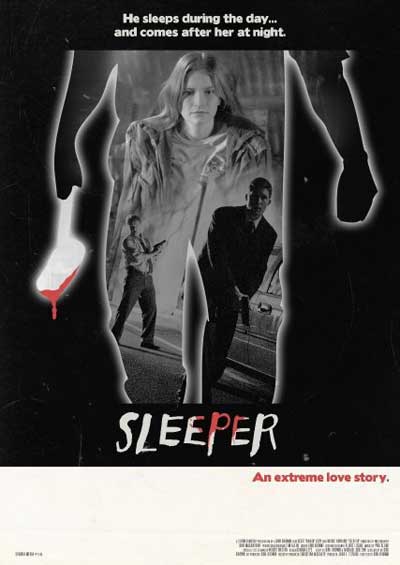 Don’t let the title fool you…and give this one a shot you will be pleasantly surprised by this little Aussie import….Aussies if this is what you are offering us in the horror department keep it up! 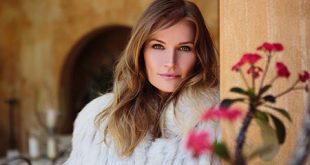 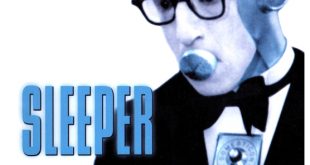