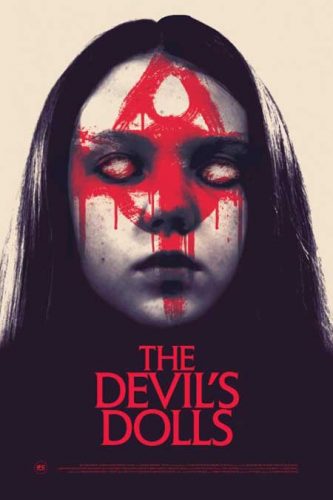 In the aftermath of the hunt for a serial killer, an ancient curse consumes a city, causing a series of brutal murders and pitting a detective against the clock to save his daughter’s life.

The Devil’s Dolls hits the ground running, I’ll give you that: When a serial killer is finally apprehended and gunned down by police in the line of fire, a box of Guatemalan worry dolls in his possession accidentally finds its way to a small-town shop. What should be an open-and-shut case takes a turn for the supernatural after the cursed totems awaken a maddening bloodthirst in their new owners and two cops realize that murders in the same pattern crop up once more. All the makings of a Southern Gothic sleeper hit.

What’s odd is that The Devil’s Dolls doesn’t look like low-budget, B-grade fare–it just plays out like one. Where it shines is in its cinematography: Set against a sleepy backwater town, Adam Sampson’s work lends Worry Dolls a palpable sense of atmosphere. When its filmed on location–like the abandoned mental asylum, a cabin in the woods, or the claustrophobic small town–it works. But these are few and far between, interspersed with blah interior shots that the audience has to sit through.

If you need proof of its wasted promise, look no further than its solid opening sequence, in which our troubled serial killer, Henry Leonard Bale, chases down his final would-be victim through the maze-like corridors of an abandoned building–it looks like we walked in at the end of a better movie than what we ultimately got. That’s the problem: Worry Dolls promises a satisfying payoff, but stops just short of delivering. It peaks that early, and you have no idea until the credits roll.

There’s a lot of detail that goes into Bale’s backstory, as well as the dolls’ origins, which quickly helps you piece together the film’s overarching mystery. But where Christopher Wiehl’s script succeeds in exposition, it skimps in character development: It’s bizarre to see a film so competently shot peopled with characters so uncompelling and without any real chemistry with one another. You don’t feel too invested in any one of them, so when the body count rises, it doesn’t have the visceral oomph it should. 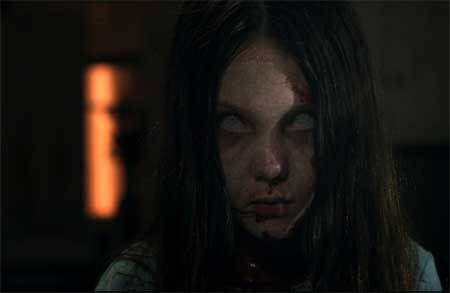 The grisly murder scenes, gory and tension-filled, are no doubt fun to watch. But these are all deeply personal crimes carried out by minor characters. It’s one of the film’s biggest missteps, because each death in this film is supposed to be a meaningful insight into the killer’s psyche. The titular worry dolls don’t just inspire blind rage, but the worst fears within a person brought to a boil. And Wiehl–who also doubles as one of the film’s leads, playing local detective Matt–fails to capitalize on this.

It doesn’t help that the movie-going audience is always two steps ahead of the seasoned detectives; watching them catch up to the plot is devoid of any suspense that the 85-minute running time feels like an eternity. Worry Dolls is plagued by so many plot holes that some parts are downright dumbfounding: We follow a couple of veteran cops who are able to track down a serial killer, but let a critical piece of evidence wind up in a curio shop? 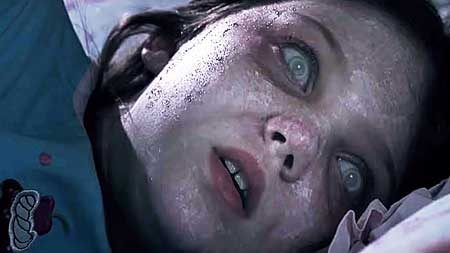 We’re told that this case has consumed Matt for years, to the point that it’s ruined his marriage, so he should know it inside out. Yet he has to be spoonfed clues by voodoo priestess Della (Tina Lifford), who helped raise Bale, in the race against time to save his daughter Chloe (Kennedy Brice) from being the worry dolls’ next victim. His estranged wife, Amy (Samantha Smith), knows her daughter suffers seizures and is terrified of dogs, but insists on keeping one in their house?

These are but a few of The Devil’s Dolls’ inconsistencies that leave you with more questions than answers–this movie doesn’t keep you guessing, at least not where it counts. Still, I held out hope that its paint-by-numbers plot would be redeemed by a neat twist ending. It wasn’t. It felt like the worry dolls themselves weren’t enough of a threat, so a boss villain had to be unveiled in the last minute. 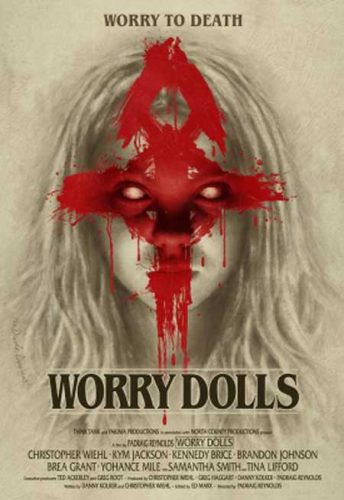 It’s worst offense is that, as a supposed thriller, it’s just boring. The Devil’s Dolls had real potential. This should have been Needful Things crossed with The Serpent and the Rainbow, but it isn’t. If anything, Padraig Reynolds’ Worry Dolls is a non-starter.