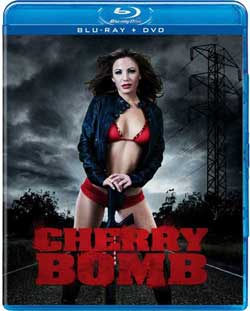 An exotic dancer seeks revenge on the five men who assaulted her.

It was just the other day that I was saying to myself…”we really haven’t had a good femme-fatale revenge movie in awhile”. With a title sporting the words “Cherry Bomb”, I instantly had visions that “The Runaways” might have reunited and decided to kick a few asses in the process. Well ass-kicking arrives in the form of Julin who stars as the exotic dancer Cherry Bomb in this sexy 80’s centered kill-the-scum bags new feature per Well Go USA. Julin lights up the screen with some hot exotic dancing strip club action that is worth the viewing alone, however this is only the foundation of a much bigger event to unfold. As the girls at a local club perform, collect a few tips, and provide nightly male fantasy-grinds against a few poles… they try and keep their spirits up while trying to make a living. The Owner, Ian Benedict (Nick Manning) keeps a pretty tight ship, which includes keeping track of his ladies and catering to his clientele. That is not always a good thing. 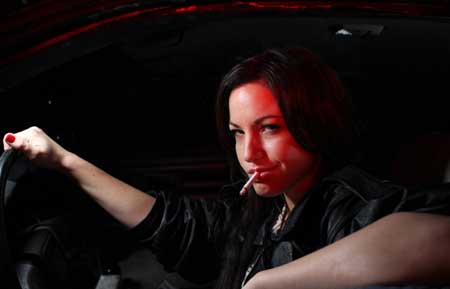 Cherry Bomb is the highlight attraction who’s good looks and hot body always seems to keep em coming back for more. A private showcase dance is requested of which she volunteer’s to take on before closing. The dance gets out of hand and the men involved end up raping Cherry while landing her in the hospital. Now if you’ve seen a a few Tarantino movies, then you can make the educated guess that “Cherry Bomb” will be back with a vengeance (minus the patch). 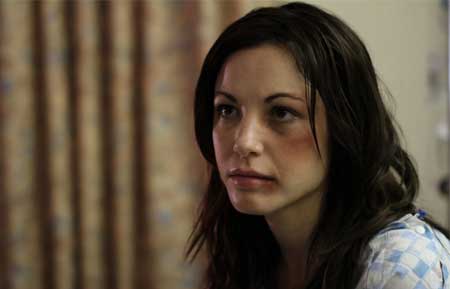 Cherry Bomb” provides a pretty high dose of action that reminded me of some of the earlier 70’s empowerment films like “Thriller – They call her 1 Eye”. While Julin maintain her sexiness in the act of kicking ass, I wasn’t sure that her “particular” character was believable as some of the other damaged female films of our past. I was reminded that “Cherry Bomb” was still simply a stripper at heart and wasn’t equipped with the martial arts fighting skills that other films might exploit. So in her case it was a combination of weapons, luck and ……..more luck. 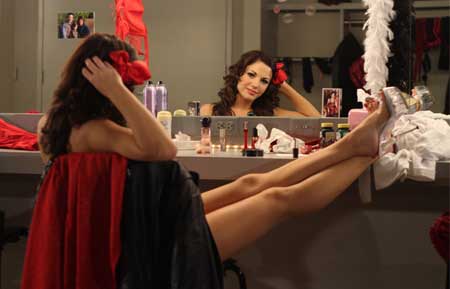 Perhaps she was too cute at times or just too easy going over some segments that you would expect her to be a bit more emotional about. My first concern was when she was first hospitalized. The film brushed over this pretty quickly and as a result her vengeance didn’t match her attitude at times like you’d “expect” it be. In other words, we get that she is pissed off and wants revenge, but somehow is a bit “too” cute doing it. You also have to suspend your believability “quite” a bit in this film which as Cherry and her brother killing off “all” of the local thugs, quite easily. I kept wanting it insert a few past titles that the plot reminded me of but couldn’t place my finger on the exact features. I suppose you could make some relative comparison to “RoadHouse”, ” Savage Streets” and “Walking Tall”. but then again those films didn’t quite fit the model either. 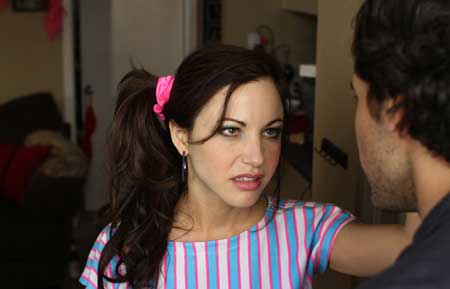 Now with criticisms aside, “Cherry bomb” is a simple film with a simple purpose. This arrives in revenge and retribution to those who deserved it. There is 1 big distraction in this case. “It” simply is called “Bull” 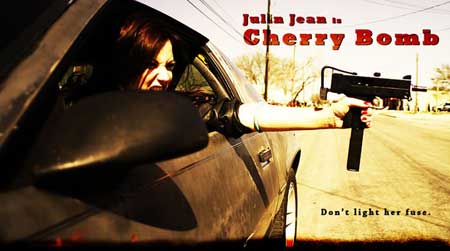 A highlight for this film was a hit-man character they introduced by the name of “Bull”. Wearing an out of place afro against his towering shell, actor Allen Hackley added a much needed character to the story that keeps the thrills coming. Hired to keep Cherry bomb from invoking vengeance, Bull provides the perfect villain for hire. Though as his employer points out, it is quite odd that he keeps getting duped by a stripper and her brother. There are some good scenes that involve this hulking man monster that gives the film a indirect sense of amusement for viewers. 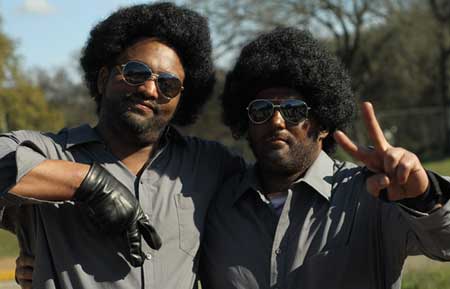 The movie is a debut directing piece from newcomer Kyle Day. Day is still a bit green in the actor-directing department while being more solid with the movie flow direction. I’m not so sure Julin was the perfect choice here but she still looks smoking doing it. Recommendation? have fun with it and think about the old days when films were amusing and gritty. 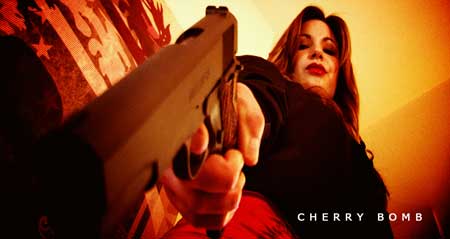 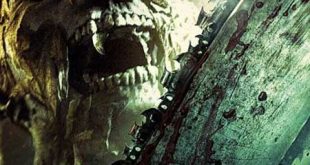 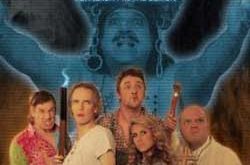 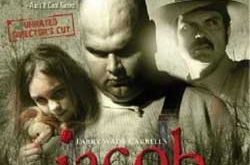 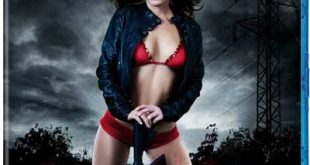