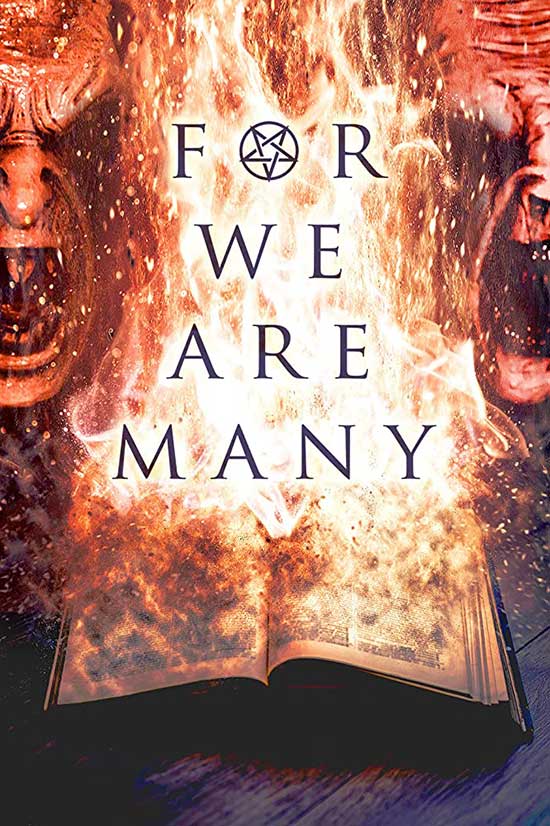 Horror Anthology produced by from filmmakers from around the world, which explores the subject of Demons, with inspiration from Ancient Mythology, Religion and the Cosmological Horror of H. P. Lovecraft.

The brainchild of Lawrie Brewster’s Hex Media, For We Are Many is an anthology of 13 tales centred around demonic folklore. Hanged upon a framing device of Death flicking through his bumper book of monsters, the film encases the talents of Brewster (Automata), Andrew Ionides (The Quiet Zone), Brad Watson (Hallows Eve), Paddy Murphy (The Perished), Carlos Omar De Leon (The Throwaways), Matthan Harris (The Inflicted), Dane Keil (Clownsploitation), Mark Logan (Alan), Alex Harron (The Swap) and Mitch Wilson (Knucklebones). 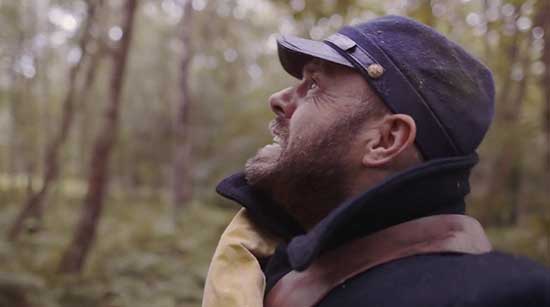 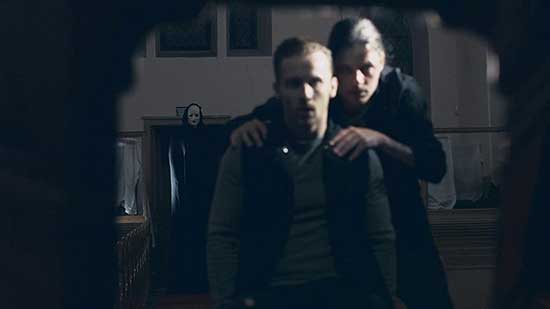 Despite the potential for global pointy horned action, For We Are Many sadly doesn’t feel like it does much with it’s potential. Instead of traversing infinite countries, the film travels from Scotland, the US and then Scotland again. It’s not exactly the round the world cruise you’d be hoping for. Actually, that’s not fair. We go to Ireland at some point too. Additionally, being only 80 minutes, including credits, there’s not that much time to get acquainted with each tale’s universe. Not that will be terrible for everyone. Afterall, the wonderful thing about anthology films is that if you don’t like one story, you can be comforted that there is another one just around the corner that will hopefully tick al your boxes.

Unfortunately, for For We Are Many there’s much here to recommend slogging through all thirteen stories. This is largely because each story feels so similar. Like a horror movie version of The Beaver Trilogy, we’re tackling the same themes over and over again. There’s nearly always an incantation, a legend, a run into the dark, a jump scare… The demons themselves all appear to be humanoid and wearing black eye makeup. Regardless of each film’s individual budget, you can be forgiven for wanting something to keep you awake at night. 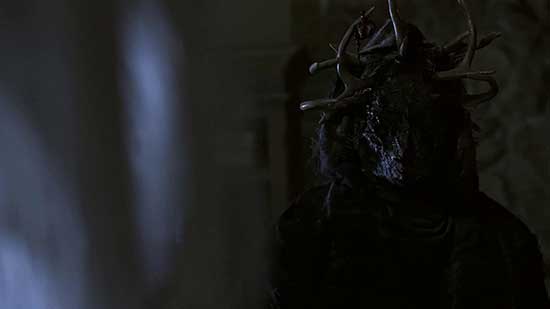 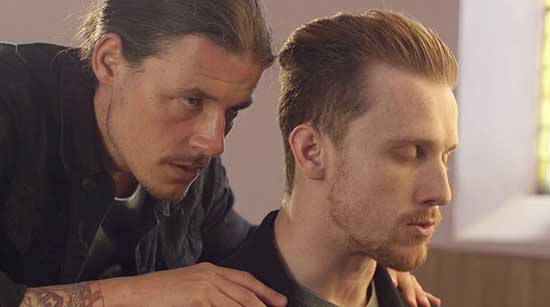 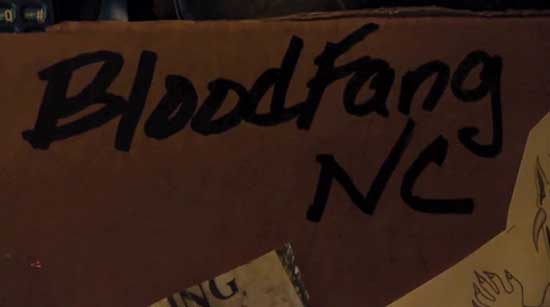 Perhaps the only two shorts that stand out include a found footage tale based around a haunted tree, and flapper era piece that sees Laurence R Harvey (Human Centipede 2) chewing the scenery as a butler who knows a lot more than he lets on. Perhaps, they stand out more because there’s a sense of ‘fun’ to them. They don’t appear to be weighed down by a desire to speak volumes. They’re blood thirsty and ruthless. And they’re not set during some war in the 1700s like every other tale in the anthology appears to be.

Issues could be aimed squarely at the brief. This critic is obviously not privy to what was said behind the scenes, but it could have been much more than ‘make a short film about a demon.’ Given the lack of diversity amongst the filmmakers, you can also see how each story comes together to present a Venn diagram entitled ‘Things What You Can Put in a Film About Demonology’, which turns out to be just a circle. 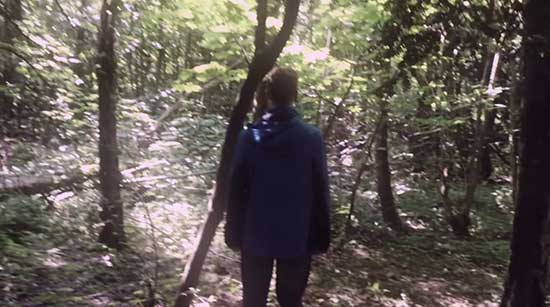 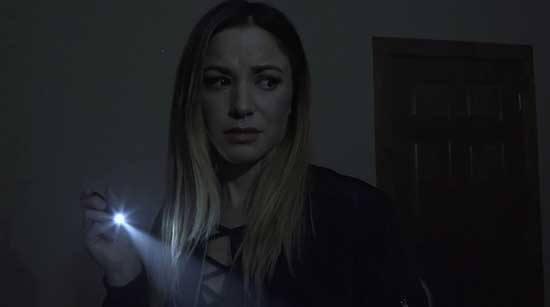 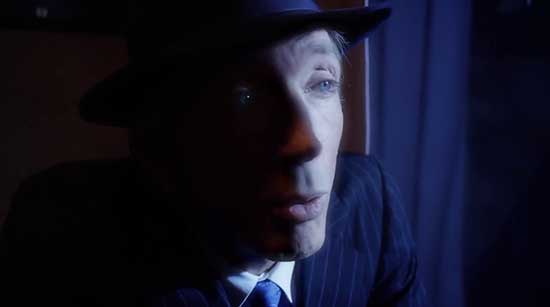 As bloated and protracted as ABCs of Death was, at least it was an anthology that genuinely felt like that it was opening up a door to a cinematic world not everyone will have chance to see. It brought us surrealistic tales about apocalypses, killing ducks and horrendous onanism competitions. It might not have been pretty, but you remember individual stories. 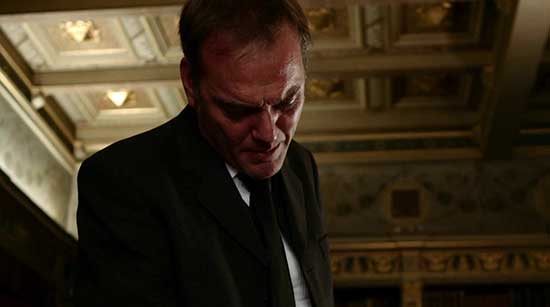 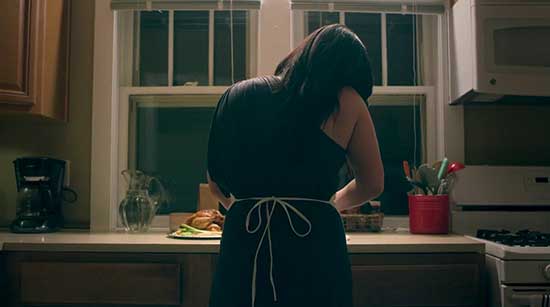 It’ll be interesting to see if Brewster follows this up with a sequel of sorts in the future. In contract to how ABCs of Death 2 trimmed down it’s insanity, I hope that Brewster casts their net further afield to capture some more global talent, to find something that will sink its teeth into its audience and not let go. Anything other than more tales of lost soldiers getting into spectral bother in the woods.