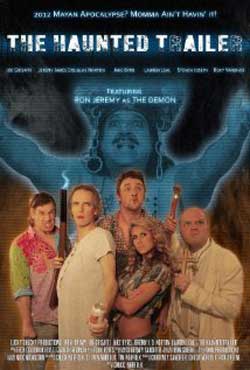 An evil demon haunts a mobile home, tormenting the wacky redneck family that lives there in a number of ways.

As most of you know I am not a big fan of movies that combine elements of horror and comedy as I just find the vast majority of them to be obnoxious and painfully unfunny. While there are a few exceptions The Haunted Trailer is not one of them and to be honest I am amazed that I was able to sit through the whole thing from beginning to end and feel that I should win some sort of trophy as a result as it was no easy feat by any stretch of the imagination. It isn’t funny or interesting and is essentially just a series of dick and fart jokes over and over again. It tries way too hard to be funny (and fails about 99.9% of the time) and I was so relieved when it was finally over because even though it only clocks in at a little under 90 minutes it felt like it went on for a couple of days while I was watching it. 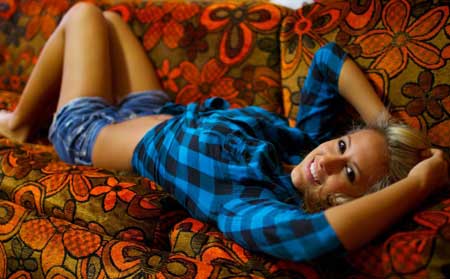 From the very beginning the film is just a collection of bad comedy clichés. We get a man in drag playing the mother of the family, stereotypical redneck characters (who of course want to have sex with their hot sister), tons of dick jokes, people getting hit in the balls, scene after scene of cheap gross out humor, and the most instances of fart jokes and references to poop in general that have ever taken place in any movie in the history of the industry. Seriously folks, if you played a drinking game that required you to take a shot every time someone farts, shits their pants, sits on the toilet, or poop of some kind is seen or talked about then you would be drunk off your ass within the first twenty minutes or so. If I didn’t know any better I would swear that the people who wrote the script were trying to get into the Guinness Book of World Records for the movie with the most references to fecal matter. Hell, at times it seems as though the movie was written by a couple of middle school boys and to be honest I’m not sure that it wasn’t.

I don’t know how the hell Ron Jeremy (who plays the demon) got roped into this thing. Did he have a car payment he needed to make and was desperate for some fast cash or what? I know he’s done some pretty bad movies in the past (aside from the p*rno flicks he’s famous for) such as The Wickeds and Night of the Dead, but this has to be the worst thing that he’s ever appeared in. Then again the same could be said for the rest of the cast as most of them (especially Lauren Leal who plays Prissy) are just way too good and talented in general to be in such a film. I can only assume that the only way that they were all able to make it through the project was due to the fact that they were all miserable together (sort of like how Uma Thurman described her-and the entire cast’s-experience of making the truly wretched Batman & Robin back in 1997). The people in this film deserve better, and I hope that they are all able to work on better projects very soon. 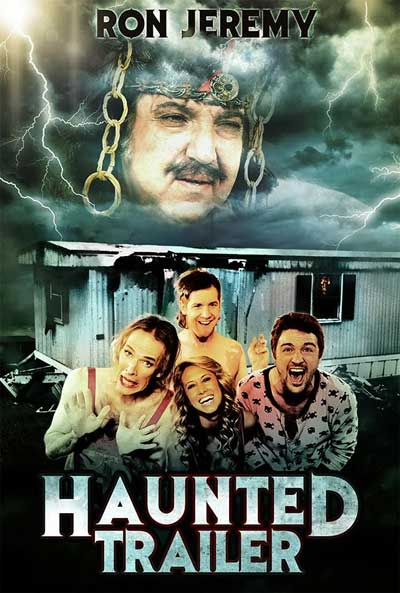 The only things that I found to be remotely humorous in the entire film were the commercials that appeared while the family was watching television. While over half the jokes and sight gags that take place in the film fall flat and are painfully unfunny I will admit to laughing at some of the ads that take place. The commercial featuring the disheveled looking priest (who appears to be stoned out of his mind) is actually funny and I liked the odd Penny on a Stick! thing too. Even though these bits are good they aren’t funny enough to sit through the entire movie to see them.

I just didn’t care for The Haunted Trailer. I thought that it was just overly silly and just not very good in general. I didn’t think that it was funny (and this could be because I actually have known people like the ones that appear in this film-hey, I am from Kentucky after all) and thought that it was just obnoxious and a little pointless for the most part (on the bright side though, as bad as I thought it was it was still a billion times better than A Haunted House or ANY of the Scary Movie films). It just wasn’t for me but that doesn’t mean that those who have a hearty love of dick, fart, poop, and masturbation jokes won’t dig it. Give it a shot if you like horror/comedies, but keep in mind that you won’t be laughing for most of it. 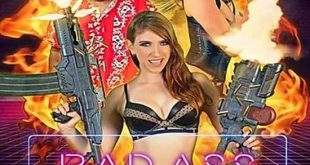