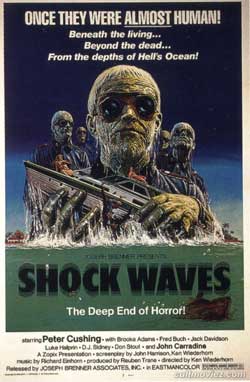 Visitors to a remote island discover that a reclusive Nazi commandant has been breeding a group of Zombie soldiers.

You may have come across this film’s creepy cover once or twice in your browsing over the years. I’ve had this film on my radar for quite some time hoping it might reveal a hidden gem that got lost in the 70’s. “Shock Waves” has the distinction of being one of the early zombie pioneer releases. However that distinction may be its “only” real claim to the genre. Another film came along a year later titled “Dawn of the Dead” which would really set the record straight on how a scary zombie film should roll out. “Shock Waves”, while it does use zombies, they do kill people, and they appear on the surface to be eerie…really only scratches the surface of its never achieved true potential. The central idea would get revisited in later years to full effect. 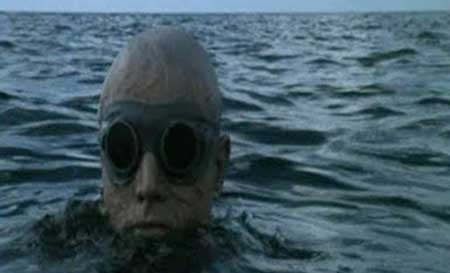 The film’s intro prologue informs us that a group of WW2 soldiers were created by the Nazi’s to be able to survive harsh conditions. This special brand of warriors were killed and then re-animated to fight as the so-called “un-killable” soldiers. The group was deemed the “Death Corp” which were created primarily from captured prisoners who were converted for the use of Nazi experimentation. The idea was that they could fight in any situation including underwater. They were of course abandoned when the program was shut down and left to the ocean to rest. Called “almost human, beyond the dead”, they are an in-between hybrid …perhaps the perfect soldier of design. 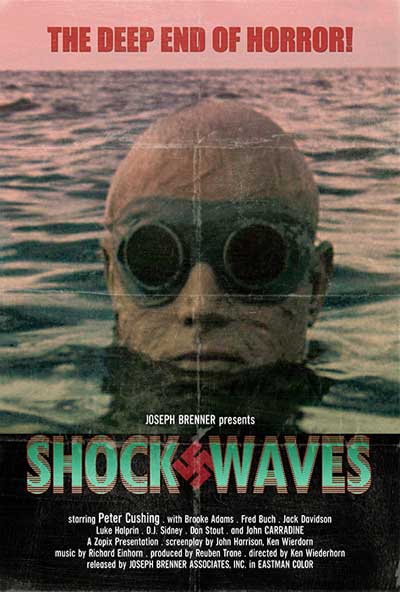 Now 32 years later, we join a pleasure yacht in route carrying around passengers on an overseas sight-seeing cruise. That night they encounter a passing freighter (which has disengaged its lights) that causes a leek to the ship’s hull. The next day the captain is discovered missing and then discovered later washed up ashore (without his clothes). The crew in effort to save the ship, heads ashore to seek help. This is when they discover an abandoned hotel with a single occupant.. an older retired Nazi military man.

The following day we begin to see the emergence of these Nazi killers who have returned to meet their primary objective….killing. Not much more here to say than that. 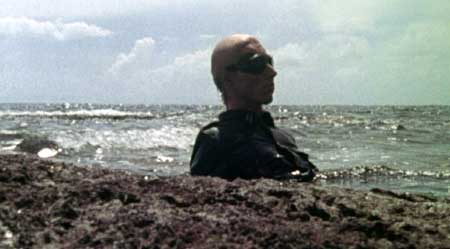 “Shock Waves” which features Peter Cushing in the role of the loner SS Commander, seems to suffer from a real lack of character build. In respect to the film, I really only found myself caring about one character…Rose, played by actress Brooke Adams.

Actress Brooke Adams to me, can do no wrong. I’ve loved her work over the years. So even within the slow grind of this film, Brooke provided a reason to stay awake for. 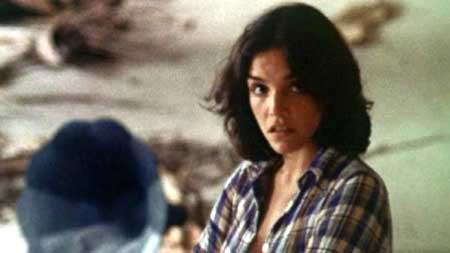 While I’ll admit that there is a great eerie atmosphere to the whole production, it is never really creepy enough to make a decent impact. The zombies lurk, merge, group, and sometimes sneak up, but without the dynamics in horror that we would later come to appreciate in film. The black goggles, the watered wrinkled skin was a great look combined with their Arian statures and Nazi garb. These killers from the ocean have all the right elements to be effective. I use a similar case” The fog” which uses its same approach with great success. “Shock Waves” is just too slow moving with zombies that are too slow to ever create “that” tension needed to make them a formidable foe. It probably would have helped if they were increased in numbers to at least give a overwhelming paranoia of mass attack. 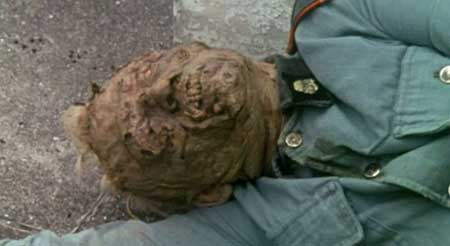 I’ve gone on to read others reviews who deemed the whole project effective. I’m gonna have to call their bluff after actually viewing it myself and make the claim that “Shock Waves” is actually quite boring and NOT a great choice of influence. It’s simple B-grade movie material that really lacks in the “fear” department. Perhaps it was enough to inspire later Nazi zombie movies such as “Dead Snow” which got the formula right, but not enough for me to recommend it. Regardless, fans of 70s films will want to take a look to say they did so that they can move on to a more suitable horror film release. 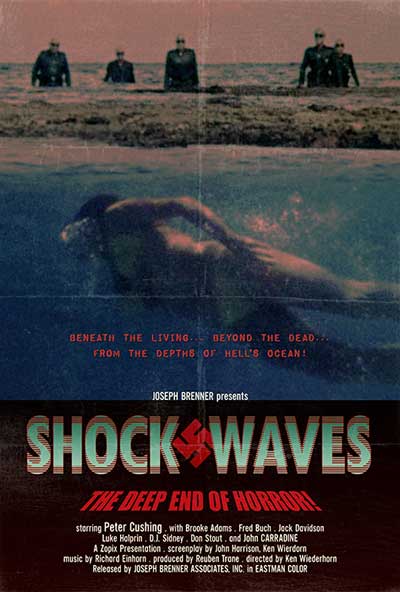 In research, it was reported that the film was shot in 1975 over the course of 35 days. The zombies are played by 8 different actors which were shot to give the impression of more. 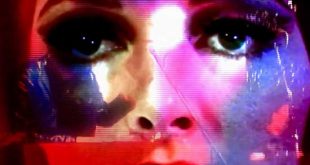