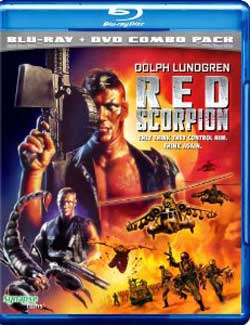 A Russian KGB agent is sent to Africa to kill an anti-Communist black revolutionary. However, he has a change of heart when he sees how the Russians and their Cuban allies are killing and repressing the locals, so he switches sides and helps the rebels

Synapse Films gives old “Red Scorpion” a makeover. Dolph Lundgren, in my mind, has always been a model action hero. I will say he has been looking a little ragged in the current years, maybe not “as” GreekGod Russian Adonis as he “was” in the older days. Though, the 80’s were definitely his glory years. This film in particular arrived 3 years after his Rocky IV debut. I’m gonna have to say I’m a little more partial to Dolph as “He-man”, but none-the-less his role as Lt. Nikolai Rachenko is still pretty cool. Perhaps a bit deadpan, but cool. It’s essentially Dolph doing the kind of film that is a perfect fit for his style and look. Yep, a Russian militant fighting machine. The comrades refer to him as “their” weapon. I think the more formal name used was “Spetsnaz-a Soviet agent”. They also really “like” that word alot (as it was used several times the film. “I’m Spetsnaz!” Dolph proclaims). 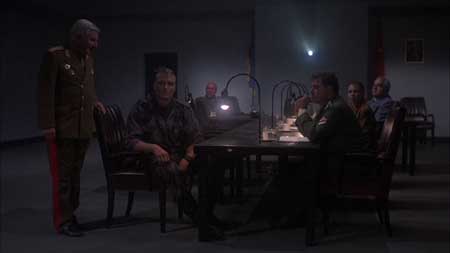 Now for me, I was digging the first act more than the 2nd. It’s great when Rachenko walks into a bar. kicks everyone’s ass and has a few drinks over his handy work. Especially when one of them tries to give him sh*t resulting in Rachenko clocking him in the nose. Great stuff! 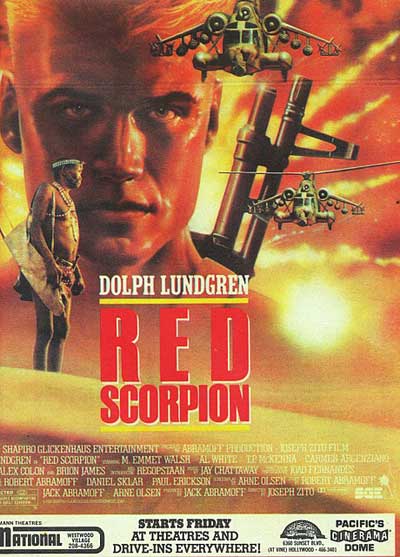 As we begin the film’s mission, Rachenko is given the assignment to infiltrate and kill an African uprising with 2 targets the Russian want dead. His Moscow leaders instruct him to befriend one of the right hand men and then take them all out once he’s established trust. All is great until Rachenko starts to smile more and gain a little heart. He finds that the guerilla movement he was assigned to is made up of decent folk who are not deserving of killing. The conflict challenges his superiors on the issue. 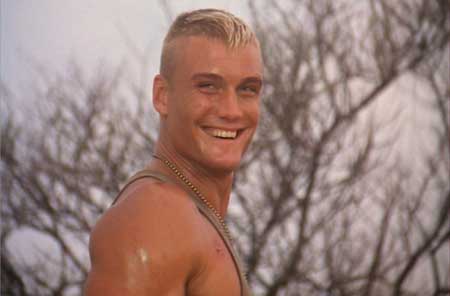 This only angers the Russian leaders who order Rachenko’s termination. Along the way, Rachenko gets captured and then escapes (with one of the targeted men) along with one downright annoying reporter. Dewey Ferguson played by actor M. Emmet Walsh, is the kind of character you wish Dolph would just shoot in the head from the get-go. Somehow this little man is seen as worth keeping around (who seems to amuse Rachenko in some odd way) 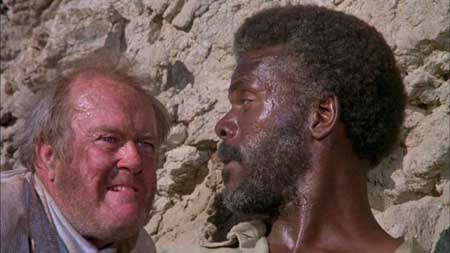 Well, Rachenko now has to deal with the Russians and high tails it into the dessert. Soon he befriends a local African tribe and begins his comeback (a good section maybe for some subtle Rocky music??). Now there was one scene here that I had to point out. Rachenko passes out in the desert plains with scorpions biting him and then wakes up in a completely different location full of trees, bushmen..etc. Did anyone catch that but me? Surely the frail African explore didn’t drag King Kong Lundgren into a different setting on his own. Anyway, there’s some humor in odd places. (I later determined this was due to the financial issues the production was having as well as the problematic locations) 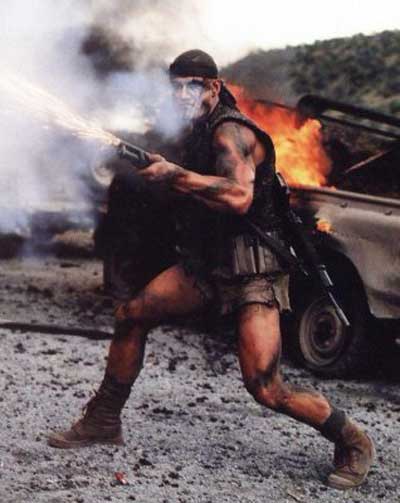 What is surprising about “Red Scorpion” is that the film highlights a Russian hero (a stretch from the all American status quo). I guess we were more open minded at the time. Though I think it was just a way to push Dolph as movie draw at the time.

The film takes the expected road of action films from that era. You could pretty much take a Rambo plot and swap it out in some sense of the premise. Alot of machine guns, tanks, grenades, and impossible scenarios that has explosions not even leaving a scratch on the towering giant. There is a sense of not sometimes knowing “who” is the hero and who is the villain in this movie with its political motivated battles and military objectives. I was guessing that Dolph was designed to be presented as the warrior who wanted to make things “right”…….. or something along those lines. 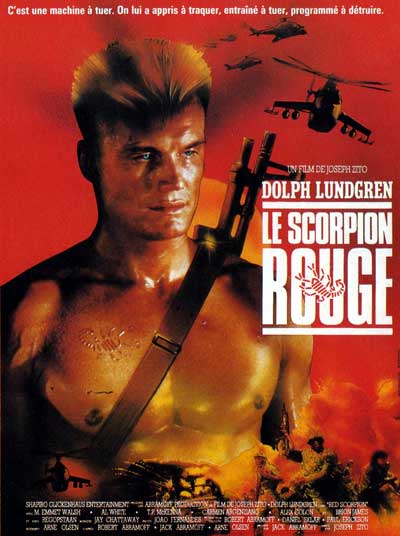 The movie was directed by Joseph Zito who did a few other “like” films during this time.

I’m not going to say…”damn where has this film been all my life”, but I will say it was fun to watch Dolph playing Rambo for a couple hours. The bluray transfer is solid and looks better than the VHS’s did back when this movie first arrived. So it’s a great way to revisit this one. 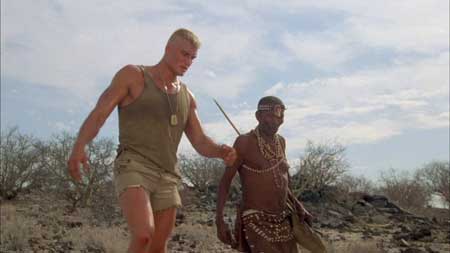 It also appears that the original production ran into issues with funding. The debut only pulled din 1/4 of what the film cost so that would suggest a huge loss for the release on this one. Whether is made the quotas or not, you still have to appreciate an early Dolph kicking butt. I’m not that sure that the 2012 “Expendables” Dolph is equipped to play in the same league anymore.