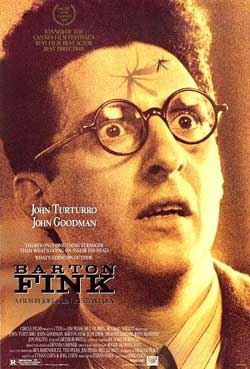 In 1941, New York intellectual playwright Barton Fink comes to Hollywood to write a Wallace Beery wrestling picture. Staying in the eerie Hotel Earle, Barton develops severe writer’s block. His neighbor, jovial insurance salesman Charlie Meadows, tries to help, but Barton continues to struggle as a bizarre sequence of events distracts him even further from his task.

From the often intricate minds of the Coen Brothers comes another darkly ambiguous film that will most certainly stay with you long after you’ve shared in the experience. “Barton Fink” wears a title that on first appearance seems bland, ordinary… perhaps, even somewhat boring to the causal viewer. The film harnessing a subtle Lynchian approach wears its skin pretty tightly for most of the movie. It was only “now” that I decided to give the full film a complete run seeing that in the past I never really made it past the first half hour.

The Coen Brothers love their period pieces. “Barton Fink” is one such piece that is set in year 1941. It, like a few others seems to embrace its earlier time period with a solid set and an aura of credibility. 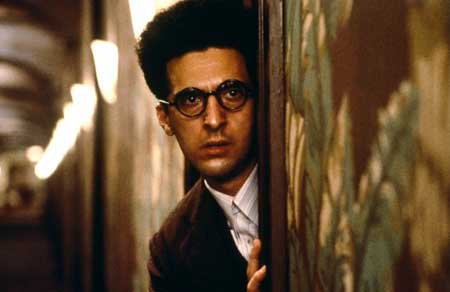 It starts like many of its assumed era, with a simple story about a simple playwright who found success only after one highly regarded Broadway play (Bare Ruined Choirs). Not having earned his reputation yet with a history of work, he begins to believe the sudden hype set upon him. This escalates into an offer that seems to good to be true…. a chance to write for the Capital Pictures with a well funded salary in place.

Barton soon picks up and heads to Hollywood to make movie scripts for his new boss Jack Lipnick. Lipnick represents everything Fink isn’t in an almost stereotypical extremist sort of way. Lipnick for some unknown reason seems to adore Fink’s writing and respects his creativity. This respect at times becomes almost too favorable for comfort telling fink everything he’d like to hear. 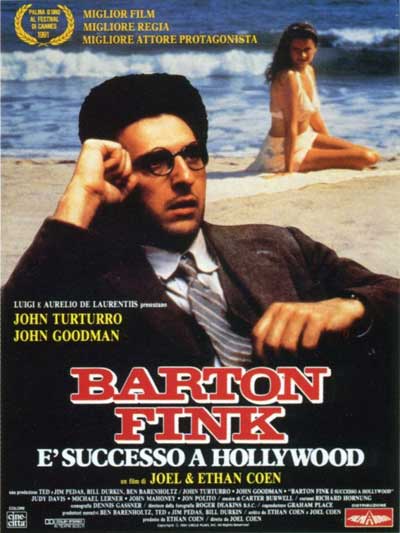 He begins his stay at a very artsy deco sort of hotel that appears almost haunting in some sense. He also discovers that the place only consist of 1 neighbor Charlie Meadows who Barton befriends almost instantly. The relationship between the 2 invoke many changing viewpoints between the situations and out-come of the film. Fink makes claim as to being able to relate to and write about the “common man”. However, this becomes an instant contradiction as he carriess on about his style, and seemingly narcissistic view of himself. As we creep into the script’s clues, it paints a context beneath its shell. Fink then proceeds to encounter writers block thru most of the movie. 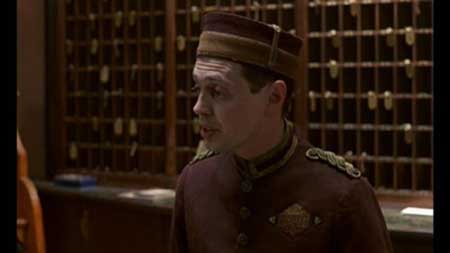 “Barton Fink” is a film that in many ways defies classification. It marries art and realism into a whirlwind of what transpires in literary form and what is really going on. I felt after viewing that with its many clues it would open itself to multiple interpretations, especially among film studies. I’m not sure if mine were entirely correct but they do seem curious.

Charlie Meadows (John Goodman) at first appears to be a complete hardworking stand up guy. This layer transpires into a complete flip over which reveals him as a wanted sadistic mass murderer. Meadows however becomes more surreal as the film escalates with him taking on the form of an evil deity towards the end (or perhaps a simple figure within Finks story that can’t escape). I tend to believe that this became a signal of Fink’s deal and journey into Hell. As the his boss states, he will write for them under contract but never see his pictures made. Fink who believes he has created his finest work is told that he must lower his standards to write a B-movie wrestling film. As I said, alot of contradictions to what Fink first assumed. 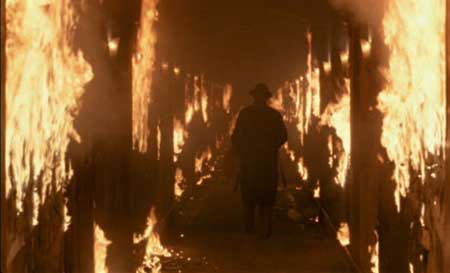 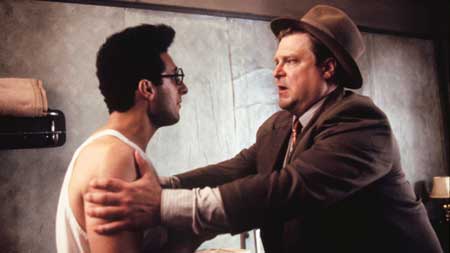 As in many of the Coen scripts, you really have to put your impression basis on the dialog and script lines. This is the narration that the directors intended with each line representing a part of the bigger picture (and a part of how you translate scenes). 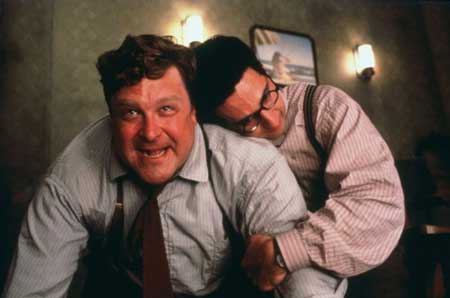 Meadows cites the hotel as his permanent home while Fink is able to come and go. It’s never entirely clear as to the true nature of Meadows only that he seems married to the hotel which at first seems elegant but in closer look has a darker form underneath that reveals itself to be a putrid place with wallpaper concealing its true identity. Like the film “Mulholland Drive”, you might be inclined to think it progresses to a dream state. Though with that being an easy assumption, I believe we are being lead into a design of intention and motive. 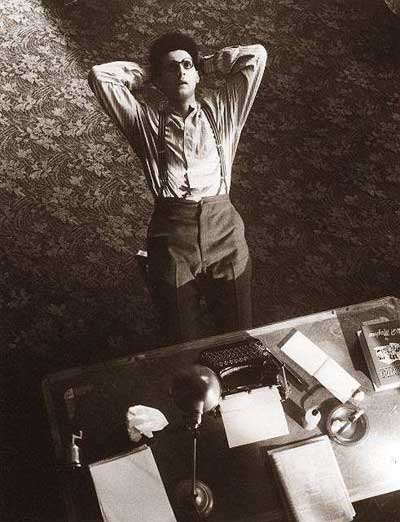 The film also tends to mock itself by ending on the note of its curious beach picture. Fink who meets a young woman at the beach realizes that she is in fact the image he has been staring at since he arrived (a wall hanging). So you have to ask yourself…Where are we really? 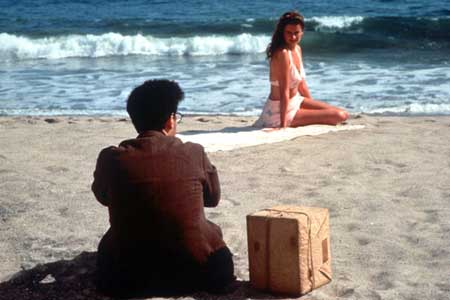 “Barton Fink” mirrors its own story with a clever script that is hidden beneath a mundane coating. It is only later that we discover that there is much more that we’ve been looking at than what we originally perceived. With so many references and changed view points, I believe the film requires 2 things to fully appreciate it. One to watch it in complete, and 2 to investigate the essays proposed over its agenda and purpose. In short their is no mistaking that “Barton Fink” is a unique and essential cinema piece that inquiring minds need to investigate.