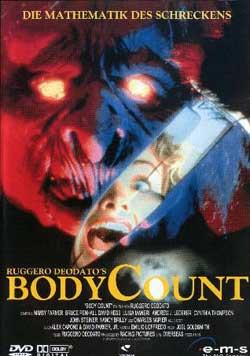 Your typical gang of 80’s stereotypes (unwisely) decide to camp at an old campsite in the middle of nowhere. Unfortunately for them a curse has been placed on the land and as a result a shaman (who isn’t quite human) roams the woods, violently killing anyone who happens to cross his path. Soon the campers are brutally killed off one-by-one, but is the shaman really behind the murders or is someone else the responsible party?

Brought to you by Rugerro Deodato, the guy behind the controversial classic Cannibal Holocaust, Body Count is your typical 80’s slasher flick that features a group of young friends being picked off by a mysterious killer. While it may suffer a serious lack of originality I still liked it and am a little surprised that it isn’t as well-known as other slashers that came out around the same time period. I actually saw it with my cousin during summer break when I was younger (if memory serves me correctly we watched it and Savage Weekend the same night) and I thought that it was pretty good. While it may not have held up nearly as well as I had hoped it would (some scenes are a little cheesy while others make very little sense at all) I still found it to be an entertaining movie that satisfied my love for 80’s slasher flicks. 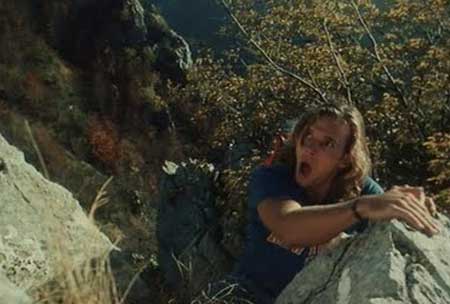 While the overall premise isn’t original at all I have to give the screenwriters (and there are a lot of them) behind it props as I liked the back story for the killer that they came up with. Basically the shaman is the result of a curse placed on the area by a witchdoctor, and he has been responsible for a number of murders over the past several decades. He is basically a boogeyman so to speak as opposed to your usual run-of-the-mill masked lunatic who just kills people because he is crazy that usually appeared in similar films during this time period. I like the fact that the shaman is considered an urban legend by some people in the movie as not everyone believes in him like some people do (David Hess’ character-who is a little off in the head himself-believes in him to the point that he actually sets up traps for him in the woods). The shaman is a creepy character and I thought that he looked pretty damn cool when we get to see him (which is very rare). 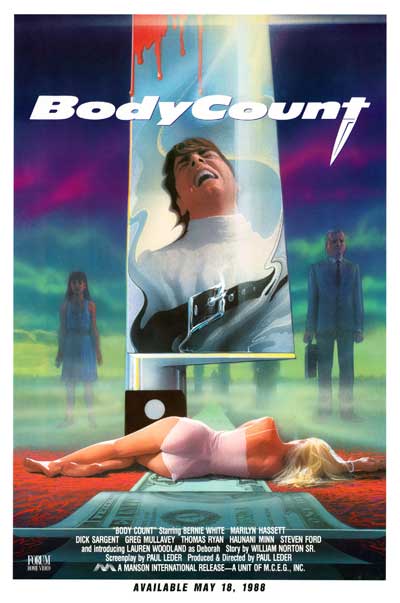 There is no shortage of death scenes and the movie definitely lives up to its name as it boasts an impressive body count. We get all the things that usually take place in a slasher flick such as multiple stabbings and some fun with a machete, and there is enough blood and guts here make any gore hound happy. My only complaint is that none of the murders are very original and most of them are just plain dull. Don’t get me wrong, I love a nice stabbing as much as the next guy but I do think that some of the deaths could have been a little more creative instead of going for the same old, same old that has been done to death (no pun intended) in countless other slasher flicks. I mean come on guys; we have an ancient, beast-like shaman running around whose only purpose is to kill people. Don’t you think that since he’d been doing it for many years that he would come up with several different and innovative ways to slaughter people? 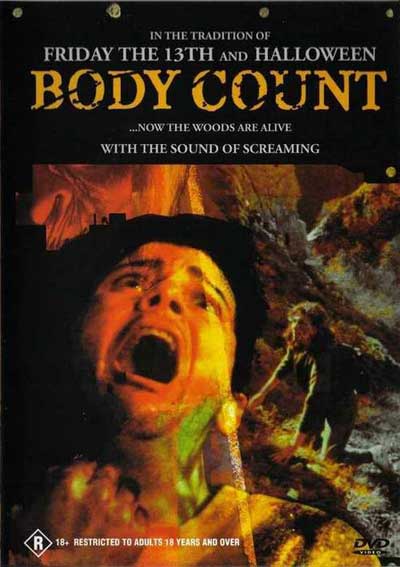 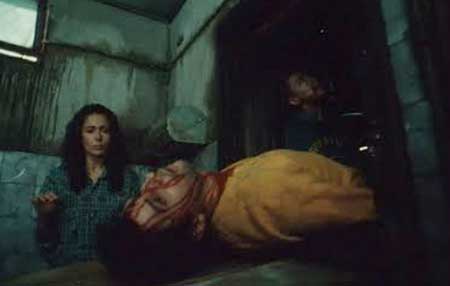 I have to admit that I didn’t really care for the whole subplot involving the whole Ritchie family. Robert (played by David Hess) is a total nut job and just an unlikable character in general. His wife Julia is equally nuts and I really don’t get why she does some of the things that she does (is she in cahoots with the shaman? It certainly seems so at one point when she rips the phone off the wall to prevent someone from calling for help). I also thought that the love triangle between Robert, Julia, and Sheriff Charlie (Charles Napier) came off as forced and to be honest it added absolutely nothing important to the plot. I think that the screenwriters were like “Hey, we need a subplot, how about some sort of love triangle?” It just doesn’t work in my opinion and it is just silly and awkward more than anything. 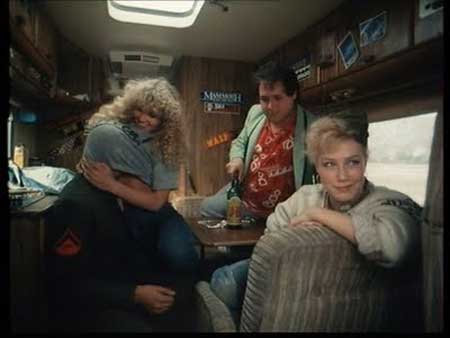 I liked Body Count despite the fact that it had its share of flaws. It is a little hard to believe that the guy that did Cannibal Holocaust directed this movie since it is so different from that iconic film, but I read somewhere that this was his attempt to make a name for himself with American audiences. It isn’t the best slasher film out there but it has its moments, and I think that most slasher fans will appreciate it, if nothing else other than the fact that Rugerro Deodato directed it. Check it out if you are a fan of 80’s slasher flicks or just a fan of Deodato’s work in general. 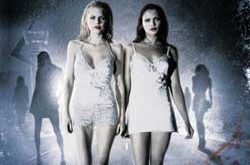 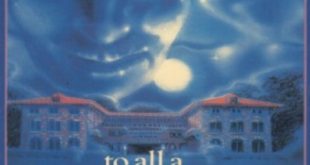