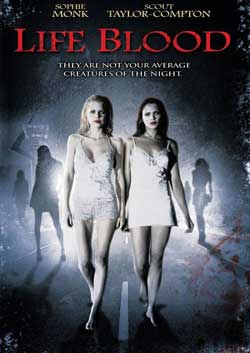 New Year’s Eve, 1968: While driving on the Pearblossom Highway, a lesbian couple encounters the creator of the universe. Laid to rest for 40 years, the women wake up on New Year’s Day as reborn creatures.

On New Year’s Eve 1968, lesbian lovers Brooke & Rhea go on the lam when one of them kills an arrogant assclown actor for sexually abusing another woman at a swinging 60s Hollywood-type party. So far, I’m in this thing with my full undivided attention. But along the way out of town Thelma & Louise style, Brooke runs over a raccoon or armadillo or something small and instead of throwing pedal to the metal, Bandit style, they pull over for a scene of freaking out. Not making out, unfortunately – freaking out. Suddenly, a desert sandstorm appears and wipes Brooke (the killer) from existence. Rhea (the good heart) is even more freaked out now when out of the sandstorm walks God Herself, only sadly it’s not Alanis Morrisette reprising her role from DOGMA, just some chick I’ve never seen before who isn’t as quirky or hot, and doesn’t even scream to blow up Ben Affleck for being a naughty angel. 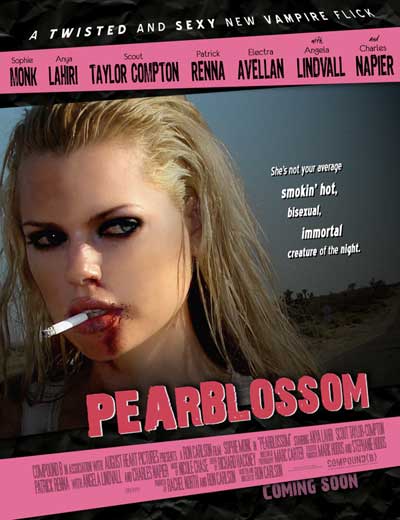 Anyway, Goddess tells Rhea that she is to now be her immortal avenger of pure evil – consuming evil and kicking ass for the Lord as a vampire. But Rhea doesn’t want to spend immortality without her extremely unhinged love of her life and begs for Brooke to be her everlasting sidekick. Goddess is apprehensive at first, but soon relents and grants her wish with a warning about how Brooke will never be able to handle the truth or something. Forty years later, BAM, the girls wake up in the same spot in the desert, Brooke snacks on a hitchhiker and some unlucky motorist, and thus begins the battle of wills as Rhea futilely hopes beyond all hope that love will triumph over bloodlust, which gives a whole new meaning to the term “bleeding heart”… 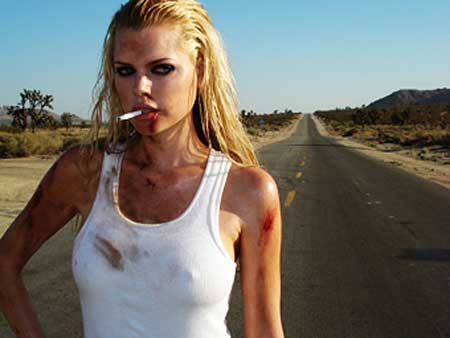 I actually remember, while I was traveling on the road right around a year ago at this time, through one of the towns along my way I found a video store that was about to close down, and they were having this ginormous DVD sale – everything had to go. I saw this flick staring up at me then and the premise sounded so enormously cool to me that I knew I had to own it immediately. But then, ADD kicked in as I was distracted by something shiny (or more truthfully, a cute lil clerk asking me if she could show me anything…trick question right there, folks) and I wound up leaving LIFE BLOOD behind for another stack of horror flicks that were in the five for ten dollars pile. Then when this screener came to me a couple of weeks ago and I recognized the title, all those memories came flooding back. But after having watched it now, finally, I have to give a shout-out to Claire (or whatever her name was) for the distraction and for saving me the two dollars plus tax. 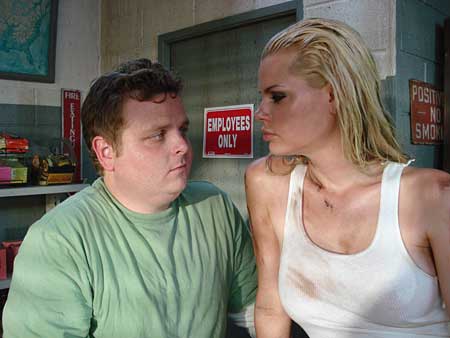 But first, I gotta say big props must be given for a really decent stab at an original take on a vampire flick, which is basically taking a randomly selected good-hearted lesbian and making her an unstoppable badass vampire killing machine on a heavenly mission to smite the wicked. Even though I can’t help but believe that with all the angry angels, crafty demons, and hungry leviathans flying around between Heaven, Hell, and Purgatory (yeah, I watch SUPERNATURAL, got a problem with it?) that God needed to turn a lowly human into a vampire to strike down Her enemies, but hey, who am I to question? 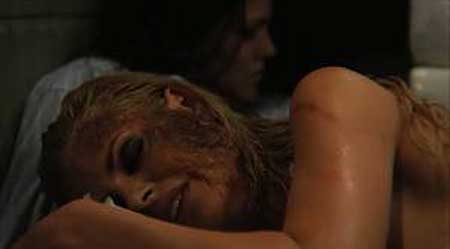 Oh wait…I’m a reviewer, so I get to question all I want while I smite and strike down MY enemies in the name of the beast they call The Desolate One – the greatest unholy savior on the World Wide Web, The Almighty Horrornews!!! And question, I shall. And the enemy I’m smiting here? Easy…taking a premise that had the balls to be original and the promise of being entertaining and so kickass that I couldn’t wait for it to finally get going that…wait…I spent the next 80 or so minutes actually waiting for it to get going and instead watched it turn into very, very, very, very low-rent LEGION as the two girls waited out the sunlight in a roadside truck stop while Brooke tried half-heartedly to control her cravings while Rhea tried half-heartedly to control Brooke. Okay, if they’re immortal saviors for God against evil, why does sunlight bother them, vamps or not? Can’t they hunt during the day too, or does pure evil, just like the freaks, only come out at night what, what, what??

I could be nice, I could be forgiving, but this movie in no way deserves my mercy. Plus, it’s not as low budget or indie as most of the flicks that get sent to me these days by Big Bossman, so the gloves are off. I can forgive a lot, I really can. But don’t give me lazy writing, repetitive whiney dialogue, and extreme 2nd half boredom (hint…that’s where the flick is supposed to become MORE INTERESTING) leading to the blatant open ending that I could see coming after the first ten minutes and expect me to be nice about it whether I liked the original premise or not. And to totally waste, and I mean flat out f*cking WASTE, the enormous talents of the late, great, character Charles Napier?? Unforgivable. So…you guys wanna give this one a rent or cheap used bin spin based on the premise, by all means be my guest. But not in my house…this screener is now staring at up at me apologetically for even daring to enter my house from underneath my nice heaping glass of 15-year aged scotch. As far as I’m concerned, LIFE BLOOD is totally dead to me. 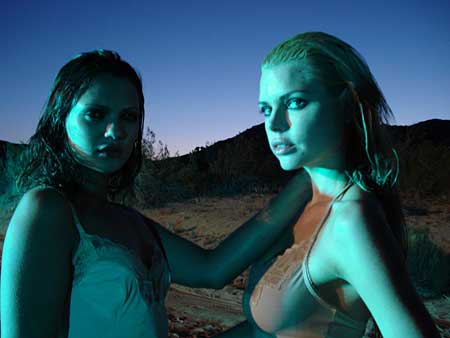