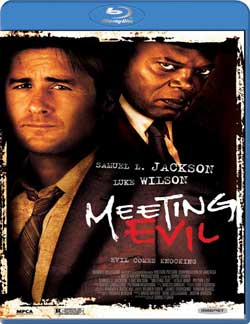 John is taken on a murder-fueled ride by a mysterious stranger that transforms the weak-willed, disillusioned husband and father into a desperate hero willing to go to any length to protect his family.

Meeting Evil a thrilling adventure by Chris Fisher whose script (based on Thomas Berger’s novel) has a wonderfully twisted Twilight Zone feel to it.

John (Luke Wilson, famous for Scream 2 and Charlie’s Angels) returns home after a really bad day at the office (can you say fired), he is surprised by his beautiful wife, Joanie (Leslie Bibb aka the sexy reporter Christine Everhart from IRON MAN 2) and son John Jr. (Sam Robbins) and daughter Sam (Gabrielle Harvey). They surprise him with a cake to celebrate the house he was supposed to have sold that day. John is not in a celebratory mood. He quickly runs them off to the park and is left alone to ponder about the hole his life has sank into.

A visitor at the door changes everything. John finds himself face to face with a man named Richie (Samuel L. Jackson) wearing a black suit and a fedora (No one rocks a fedora better than Samuel L. Jackson). Ritchie finds himself stranded and in need of assistance with his classic muscled up ride. John gives him a helping hand and Ritchie takes John on a ride of a life time, all the while leaving a trail of bodies behind them (unbeknownst to John). John is totally oblivious to the murder and mayhem as police cars wiz by in the background. 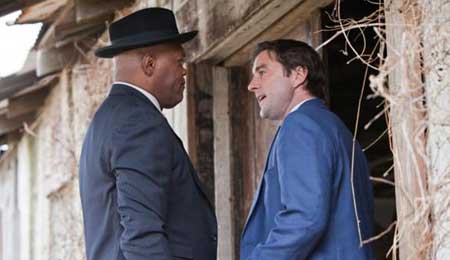 He nearly gives Ritchie the slip at a local bar when he ends up running into a seductively beautiful woman named Tammy (Peyton List aka Lucy Lane from Smallville) Who had been his office romance/mistress. Tammy is tipsy and offers John a ride home. They make it to the parking lot where John runs back into Ritchie. Ritchie ends up talking John and the seductive and tipsy Tammy into giving him a ride to the impound yard where his car is supposedly taken.

The murderous ride takes them into the middle of nowhere where John finally calls for help. His call triggers a team of investigators to show up at John’s house. His wife is interrogated by Frank (Muse Watson aka Mike Franks from NCIS) and Latisha Rogers (Tracie Thoms aka Lily from The Devil Wears Prada). His wife is clueless on the disappearance of her husband. 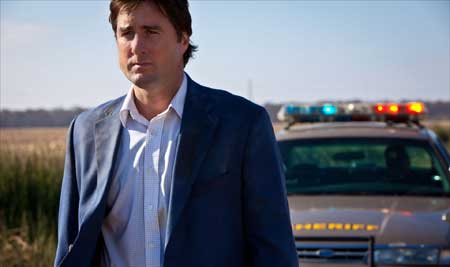 The trail of dead bodies takes Frank and Latisha to the impound where more bodies are found. Frank sends Latisha back to the little wife to see if she can break her for more information. Latisha is the one that ends up broken. Latisha then finds out that Joanie has a few secretes of her on to hide.

John and Ritchie part ways. Ritchie tells John as he is driving off that he intends to pay his little wife a visit. John is frantic to return home to save his family when he is apprehended by the police. 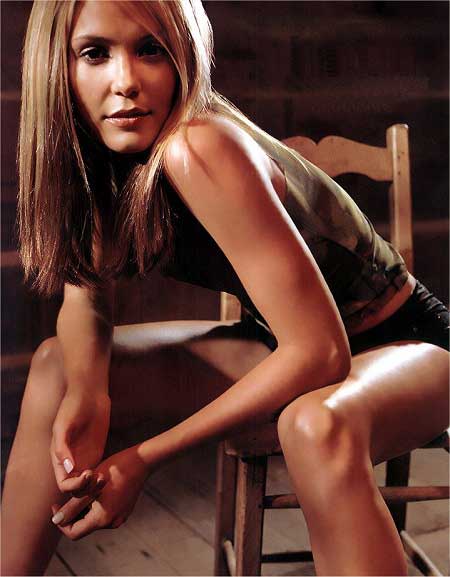 After a grueling interrogation by Frank, John is returned to his beautiful wife and kids. They head home where she is preparing a home cooked meal when unexpected company shows up for Dinner.

Ritchie keeps Joanie company while John takes a hot shower. Joanie becomes suspicious and unnerved about her house guest. John returns and comes face to face with Mr. Evil himself.

It turns out to be a stormy night and there is a very uncomfortable dinner between the three where all sorts of secretes come to light. John is caught between love for his wife and believing in the evil seeds planted in his head by Ritchie. 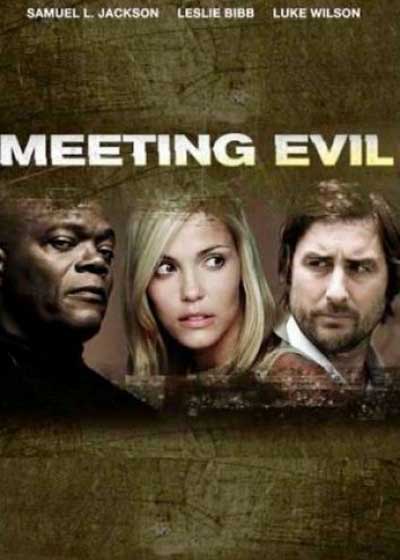 The night ends John back up in the hole his twisted adventure started in. A battle of power with Ritchie and within himself ensues as the nightmare comes to a end.

I really enjoyed this movie. It has twist and turns that keep the viewer interested and unable to turn away. Meeting Evil does not disappoint. Samuel L. Jackson is as awesome as ever. I give this movie Five stars.

Meeting Evil is now available on DVD per Sony Entertainment