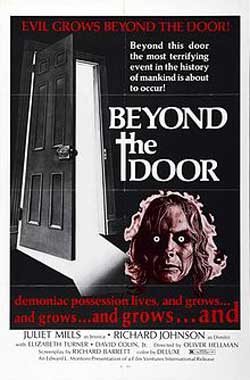 Juliet Mills plays a young pregnant woman in San Francisco who is going to have the devil’s baby during her strange possession. Richard Johnson shows up to help her… but what does he really want?

As with many popular and successful American or English made horror films, many times Italian filmmakers seem to be generally compelled at trying their hands with the same subject matter and more often than not only succeeds in blatantly ripping them off. Although, in defense, even if the versions appear closely related, each does have different nuances that at times can be just as entertaining. Of course, and rightly so, this is not always the case and most turn out considerably weaker than its inspired counterpart. Beyond the Door 1 (directed by Ovido Assonitis) is one of those types of films, but a much better one than we horror fans are usually subjected to. Reputed to be inspired by Rosemary’s Baby, the film obviously harbors an uncanny resemblance to The Exorcist also and trying desperately to combine the premise of both and in doing so, on one hand succeeding and on the other failing miserably. I might personally add that, although the premise is one in the same, many of the special effect scenes do hold most of what they set out to do…frighten and impact the viewer. 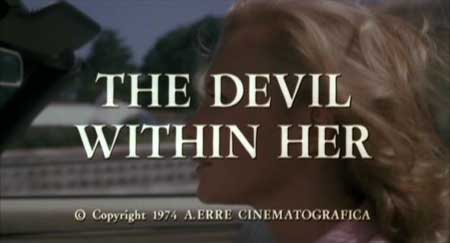 After a lackluster introduction by the prince of darkness, half-heartedly explaining that he has the ability to give and take, and even more vaguely describing the reasoning for yanking a man from a potentially fatal car accident to give him another ten years of life, the film officially begins.

Jessica Barrett (Juliet Mills), a wife and mother of two has unexplainably become pregnant. But, the growing quicker than normal pregnancy seems complexly different than the prior two, feeling as if the unborn child is choking the life out of her. Before long, she comes to see it as unholy and seriously ponders aborting, much to the concern of her husband, children, and everyone around her, Of course the devil isn’t about to let that occur and her possession begins, eventually increasing in both actions and effects until she could nearly pass (minus the age of course) for a 12 year-old Regan (the girl in The Exorcist for those who are unfamiliar). 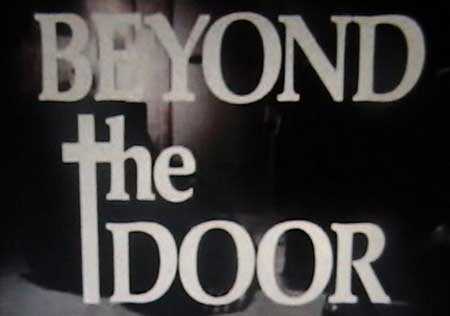 Meanwhile, the man pulled from the car wreckage, Dimitri (Richard Johnson), a not fully (at least until the film’s climax) explained acquaintance appears to be everywhere, watching closely from a distance.

After a meeting with Jessica’s husband Robert (Gabriele Lavia) in which Dimitri offers helpful assistance and adamantly emphasizing that he is the only one who could possibly help, Robert is skeptical and maintains more conventional healthcare. 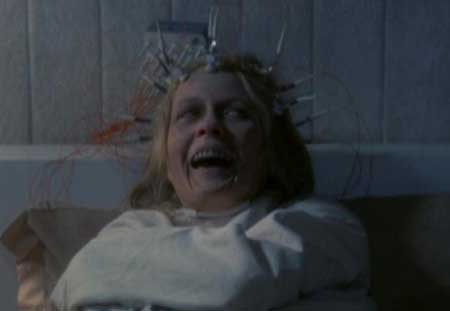 However, as he pays witness to his dear wife’s gradual and terrifying descend; it eventually becomes clear that more specialized and knowledgeable care will be required. After an especially horrifying episode in which Jessica is only able to blurt out pleas in between the possessive demon’s dialogue, Robert sends the two children to safely stay elsewhere and invites Dimitri’s aid. 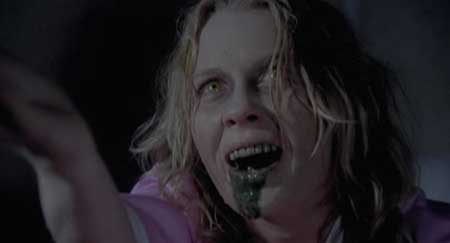 But, who exactly is Dimitri, and how can he possibly help when modern medical science did so little? 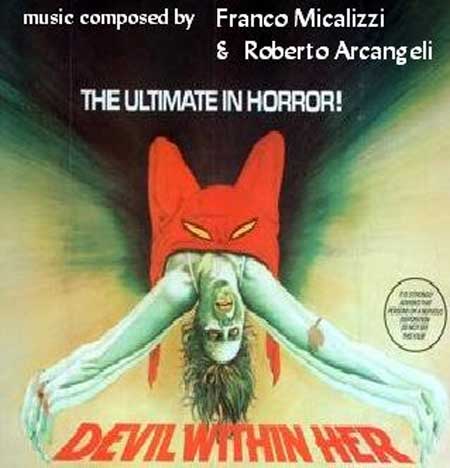 Like me, obviously there are many others who too have a certain insatiable penchant for demon and/or devil based tales, finding them eerie and gripping. Beyond the Door 1 certainly doesn’t disappoint with the specialized subject matter. While the plot itself, as well as the character’s dialogue does. Even the introduction by Satan himself lacks overall commitment and heart and certainly doesn’t convey fear. And, while the viewer will probably roll their eyes at and treat it with distain, little do they realize that they are about to be subjected to various scenes employing things we’ve seen before; a spinning head; deep voice changes; pea soup (abet much thicker than Linda Blair’s version); dark wicked make-up and an overall feeling of impending evil. 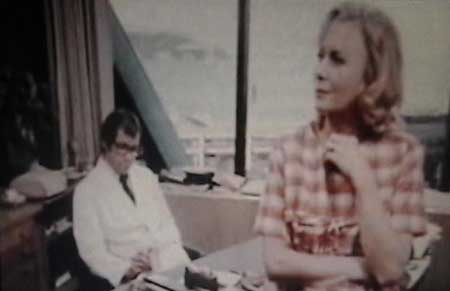 Quality wise, when comparing to modern day filmmaking, leaves a lot to be desired, but hey…this is the early seventies and DVD quality, let alone Blue Ray had probably yet to even thought of. 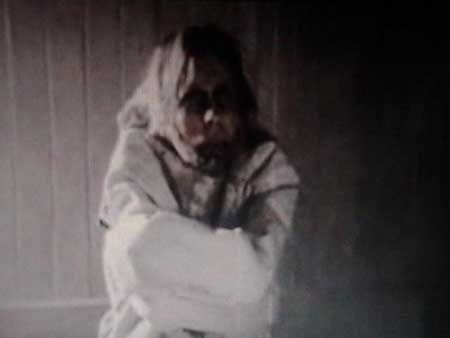 Overall, on a scale of 1 to 10, I would give the film a 4.3. But, on the creepy and demonic special effect scale, this rating is certain to raise at least a couple of more points. And that alone, even if somewhat cheesy Italian horror may not be your exact cup of split-pea soup (yuk yuk), makes Beyond the Door 1 worth a look.