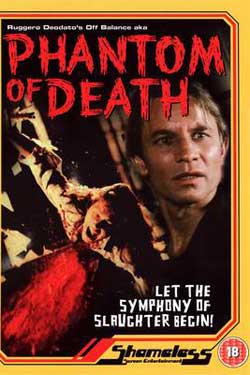 Police Comissioner Datti is investigating the murder of a female doctor whose murderer seems to be a thirty-fivish year old man. Soon another murder follows: Pianist Robert Dominici’s girlfriend is found killed. The killer also challenges Datti on the phone and says he can’t be caught since he has a secret which makes him invulnerable. In the meantime the clues seems to point in strange directions…

Day 5 of this misbegotten 80’s experiment and I’m faced with the immortal Michael York in something called “Phantom Of Death”. When I saw it was directed by Ruggero Deodato (“House At The Edge Of The Park” & “Cannibal Holocaust”) I thought to myself that maybe I finally got lucky with this one. Maybe…just maybe, I got a good film to watch from my wretched boss to review!

What got me really excited was the fact that Edwige Fenech & Donald Pleasance were in this movie as well. Oh yeah baby…Edwige is gonna take her clothes off and Sutherland is gonna chew some serious scenery for sure in this one! But I’m getting ahead of myself here, let’s get to the plot first. “Phantom Of Death” tells the tale of concert pianist Robert Dominici (York) who contracts a disease that ages him at an accelerated rate. As he gets older physically he gets older mentally as well. Actually he just goes batsh*t crazy as he gets physically older and starts offing nubile young women. Interestingly the first murder takes place during the opening credits as Robert is performing. Deodato handily cuts between Robert playing the piano and the poor young lady who is murdered. 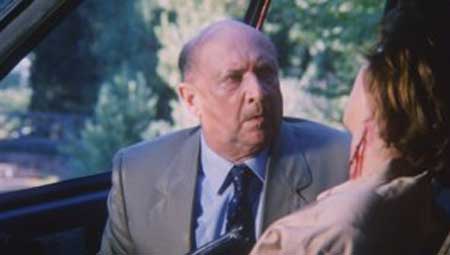 The film has an interesting conceit to it. At it’s core it’s all about trying to age gracefully and living ones life to the fullest while you can. As Robert begins to age prematurely he becomes very irrational, not willing to accept his fate. He doesn’t want to grow old gracefully, especially since he’s not an old man in the chronological sense. His anger at his fate is understandable, what’s not understandable (To me anyway) is why he decides to murder innocent women. There really doesn’t seem to be any rhyme or reason to his actions other than to have some nudity & blood tossed into the mix. What was even odder to me was the fact that the police couldn’t really get a grasp on who the murderer was or his motives because it seemed as if each murder was performed by an older person. How they could determine that the first murder was the work of a man in his 30’s and the second murder was done by a man in his 50’s is beyond me and came off as a plot contrivance to tie into the fact that Robert was indeed getting physically older. 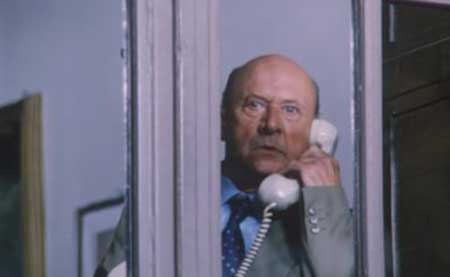 Another problem I had was with the casting of Pleasance as Inspector Datti. Firstly, Donald looks a little long in the tooth here. Maybe he was tired or not feeling too well when he took on the role but he doesn’t look good here. And I found it impossible to buy him (Or York for that matter) as Italian. I understand the intrinsic name value they brought along to the production but they just aren’t very convincing playing Italian to me. Pleasance seems to be sleepwalking through his part as it is anyway and I found his performance to be lackluster & dull. He doesn’t even get to chew up any scenery here! Or maybe he just didn’t have it in him to do so. York fares a bit better, he brings a genuine sense of pathos to his character as he ages but he doesn’t always seem to be “In the moment” so to speak. And every so often he comes off as someone reciting their lines rather than someone acting their lines. 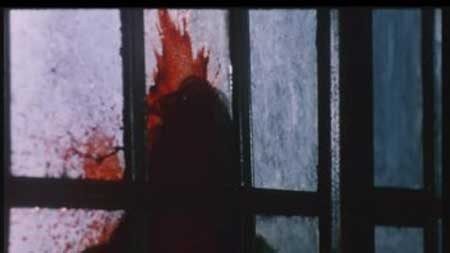 The film starts out pretty quickly but it slows down even quicker. The last 2/3 of the movie are dreadfully slow & plodding. Even the nudity & some over the top arterial gushers aren’t enough to maintain interest in what’s going on. Deodato has a bad habit of cutting away from scenes before they seem to be finished and then returning to them a few minutes later after he inserts a sex scene or a murder. I mean he literally picks up from where he cut away from the scene in the first place. I don’t know if this was an artistic decision on his part or some piss poor editing but I’m leaning towards the latter because the former just doesn’t make any sense. 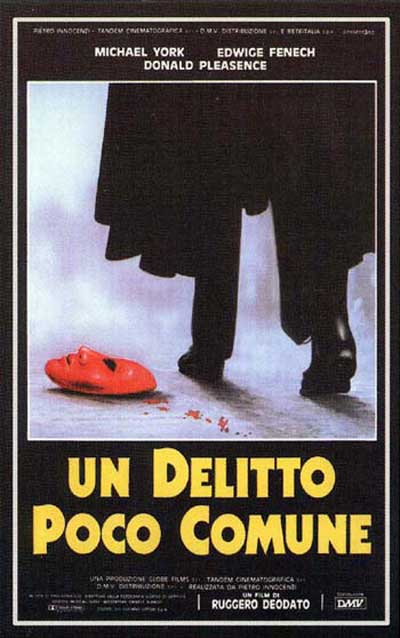 York’s makeup is initially effective. The old age makeup is very subtle at first but it starts to look like he has a bad rash as he’s getting older and eventually he ended up looking like Mr. Hyde circa Frederic March. As a matter of fact he looks EXACTLY like Frederic March’ depiction of Mr. Hyde at one point. I suppose a lot of people wouldn’t realize this because of the year that film was released (1931) but I saw the resemblance immediately (I AM the Black Saint y’know. I’ve been around the block a time or two…). This isn’t a deal breaker but since March’ makeup was designed to look mildly neanderthal-ish so does York’s. And I don’t think getting older means looking like a caveman. Edwige Fenech plays Robert’s girlfriend, Helene, and while she really doesn’t have much to do here she still looks great! Sadly, she keeps her clothes on in this one…

It was hard for me to keep any interest in the goings on because the film slowed down so radically. The murder scenes are sufficiently gory but there aren’t too many of them, not enough to keep my interest anyway. Same goes for the nude scenes which are fairly graphic but come and go quickly. The last third of the film doesn’t really deal with the murders at all & seems to want to hammer home the idea that life has to be enjoyed the best way one can enjoy it, it’s something to be savored not something to fret over as we get older. This is nice but I don’t want to muse over how I might want to live my life because of a horror movie. When I see a horror movie I want to be scared, not introspective! That’s the biggest problem with “Phantom Of Death” (Lousy title by the way), it wants to be something it isn’t and in trying to do so, it becomes a boring, soppy mess of a film. 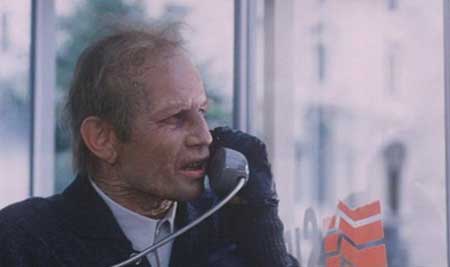 But there is a good idea for a horror film lurking about and although ideas just remain ideas until one acts on them, “Phantom Of Death” does have a few moments of gory glory to it. I didn’t hate it but I won’t be revisiting it anytime soon either. If you are a completist and have to see every Italian “Giallo” film (This was more of a “Pseudo-Giallo” if you ask me) then you could do worse than seeing this. 1 1/2 shrouds from The Black Saint for “Phantom Of Death”. A very good friend of mine likes to use the phrase “It is what it is” often and this film fits that description very aptly. You’ll either like it (You won’t love it) or hate it.