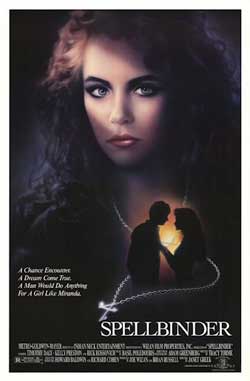 A young lawyer, after falling in love with a beautiful woman, finds that she has an extremely mysterious past.

I had seen this movie a couple of times before it was recently sent to me to review and have always enjoyed watching it. But how did it hold up after multiple viewings? I’m proud to say I still enjoyed it. Part of the reason probably stems from the first time I saw it. Back then I was blown away from it and it was one of those films that stayed me (of course I was much more impressionable back then). Sometimes films like that, the ones you remember from your childhood, will always be ones that you love, even if over time they don’t age as well.

Spellbinder isn’t a horror movie in the traditional sense even though there are definitely horror elements in it. It’s more of a thriller with some good twists, solid acting and of course the ever lovely Kelly Preston (yep, Mrs. Travolta herself). 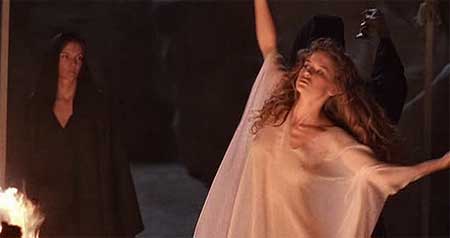 Kelly stars as Miranda, a young lady who is in a bit of a bind. She’s in a bit of danger when our hero, Jeff, comes to the rescue in a darkened parking lot after a game of basketball with his co-workers at the law firm. Her companion, a sinister looking man dressed in black and named Aldys, is none too happy to see Jeff. After a struggle he decides to leave Miranda alone but not before adding a warning: “You don’t know what you’re getting into, friend.” And with that he disappears into the night.

Miranda is thankful and when Jeff offers to have her stay at his place for the night she agrees. Turns out this Miranda lady has a couple of surprises in store. She reads Jeff’s palm and eerily gets things right. She heals his sore back with her hands that never touch his skin. Just who the heck is she? 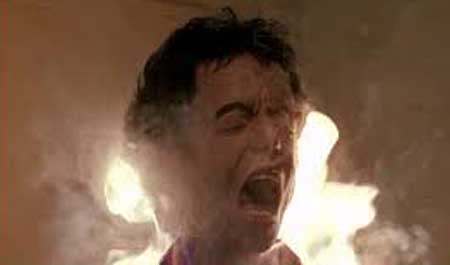 Jeff couldn’t care less. She’s good looking, intriguing, pleasant natured, just the kind of girl he’s been looking for. Too bad his secretary Grace (the second most important woman in his life as he tells Miranda) doesn’t like her. There’s something about her that just isn’t right, she tells him. Jeff thanks her for her input but promptly says that she’s just going to have to get used to her because she is here to stay. Too bad for Jeff there is a group of people that “want her back.” And he doesn’t have to wait for long to find out just how bad they want her back.

Spellbinder is a solid movie that I would have to recommend. The plot moves along at a pretty good clip and director Janet Greek does a good job of building the tension as the mystery of Miranda slowly starts to unravel. 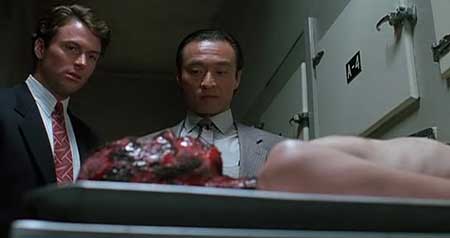 The acting is great with both Tim Daly and Kelly Preston being the obvious standouts. I will say it was an absolute treat to see Audra Lindley again as the creepy and equally mysterious Mrs. White (for those old enough to remember she played the one and only Mrs. Roper on the first few seasons of Three’s Company). Suffice to say this role was a little different than that one. Great also to see Cary-Hiroyuki Tagawa as Lt. Lee, the man who offers Jeff some insight into the group looking for Miranda. 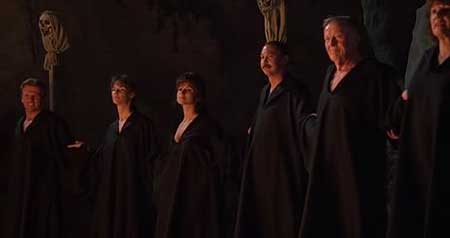 The special effects aren’t bad though one burning head scene seems a little dated. Familiar plot elements abound but there are some nice twists as well which gives the film a nice balance. Also have to give a quick nod to the writer who gave the names to Jeff’s dog, Goliath, and his cat, Davey. Nice touch.

In the end I would say see Spellbinder if you get a chance. The eighties were ripe with horror movies of all kinds and this is one of those films that offered up something just a little bit different, at least at the time it was released. Just remember that if you ever help someone in need, leave it at that and don’t invite them back to your home. Better safe than sorry. 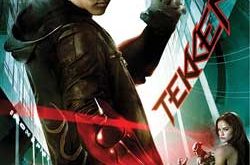