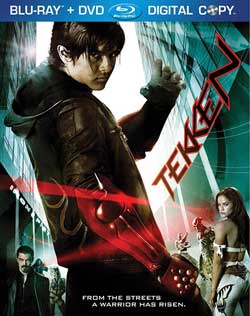 Jin Kazama witnesses the death of his mother Jun by Tekken in the slums known as Anvil. After finding a Tekken ID he decides to seek out vengeance for his mother’s death.

Fast forward into the future. 20239 to be exact. The world is a different picture and has become a product of chaos. Tekken, the largest corporation in the world has become what we are told a “product of peoples greed and desire”. They run the land by way of soldiers they call “jackhammers”. They also hold the #1 tournament in the country each year presented live to the thrill of audiences. The tournament is called “Iron Fist”. The winner get the prestige of being the #1 fighter in the world and the respect of Tekken corporation.

Jin Kazama (John Foo) comes from the streets with only the company of his sole living family member, his mother Jun Kazama (Tamlyn Tomita). His mother trained him from an early age to stand up for himself and be a fighter. Though times are hard in the streets which go by the name of the “anvil”. Jin has made ends meet here and there by smuggling illegal pirated electronic goods. His pay allows him to buy black market goods like coffee, oranges and small souvenirs from generations past.

Jin, has no interest in the Iron fist, even though he is regarded as a local bad ass who is able to hold his own in  fight. When the Tekken corp enforces word of the illegal smuggling they target Jin and his mother as violators and send missiles hurling into theirhouse. Jin, who had stepped out is forced to watch his house and only family member blown to bits. It is retribution that drives Jin to enter the tournament and prove his honor hoping to get a shot at revenge in the process.

The tournament features a variety of skilled opponents. Each has his or her own specialty that is tested against each other in the ring. Kazuya, (Ian Anthony Dale) son of current leader Heihachi Mishima (Cary-Hiroyuki Tagawa ) is intent on overtaking the corporation as heir to the throne. His cold hearted approach only angers his father, keeping Heihachi from passing the title down to his son. Jin, is elected the people choice after beating out a Tekken fighter by the name of “Marshall Law”. This begins the journey and the inevitable competition.

While brought into the Iron Fist challenge, Jin becomes good friends and the love interest of Christie Monteiro  (Kelly Overton) another fighter in the tournament. Jin is also lead by his new sponsor Steve Fox (Luke Goss) who offers advice along the way.

Tekken is designed to be a formula driven action film. There are certainly plenty of fighter to fighter confrontations in a premise that follows much like the films “Blood Sport” and “KickBoxer”. The new element here is of course, the future aspect and its back story. “Tekken” doesn’t offer alot we haven’t see before, but it does follow the underdog-to-champion style of filmmaking that tends to be a crowd pleaser almost by default.

Now the real back story here is that “Tekken” is also an arcade fighting game developed by Nameco. Tekken has had many follow up game releases ultimately triggering the need for a feature film based on gameplayer target audiences. The franchise itself has been a big hit and like many of these hit games….a film will eventually follow.

I’m a big fan of martial arts films, so Tekken was a blast to watch for me. We come to expect a certain amount of familiarity in these movies as being a part of that whole “Karate Kid” generation. The editing is done well and the fight scenes are impressive but short. Audiences will guess from the get go that the bad guys will lose and the underdog will prevail. That’s not a spoiler as all these films follow that premise. Director Dwight H. Little did great job with the script he was given while hottie Kelly Overton is certainly a reason to watch. John Woo, does a great hob with his fancy moves and will most likely keep on his current trend of modern marital arts films. Tekken has a feel that reminded me of “Death Race” and other movies with a complementary score that delivers to all your game lover expectations. 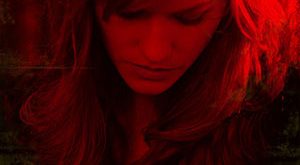