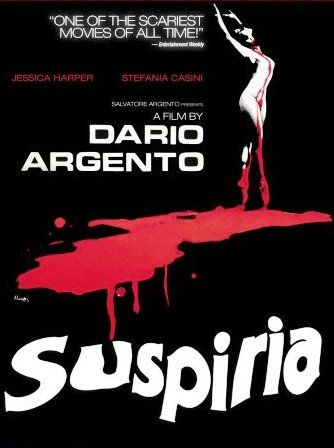 David Gordon Green, the director of such fare as, uh, Pineapple Express, has been trying to get a remake of Dario Argento’s legendary SUSPIRIA off the ground for a while now, and according to a post over at Deadline, Crime Scene Pictures are now fully backing the project and it is due to shoot in September.

Why is this film even being considered? Why would such an iconic, perfect genre film which is very much of its time have any need for a remake? Why is this hack being given free reign to screw up a defining piece of our genre’s heritage and evolution?

Surely the lacklustre returns on remakes of Friday the 13th, Last House on the Left, A Nightmare on Elm Street, The Texas Chainsaw massacre and any number of other half-assed remakes of past glories should effectively ban anyone from remaking anything ever again.

Plus, while Green has a great love for the original, his version of the film would change key aspects (no ballet school and a younger cast, for a start). Filmmakers need to remember that for every change they make, it takes their film a step away from being respectful or faithful to what made the originals so compelling in the first place.

This project should not be shelved – it should be aborted altogether before a lot of investors lose a lot of money on what is essentially a vanity project which will be universally panned by fans of the original, hated by critics, and ignored completely by the non-genre moviegoing public.

Seriously, leave Suspiria alone. Leave us at least one film which hasn’t been ruined.