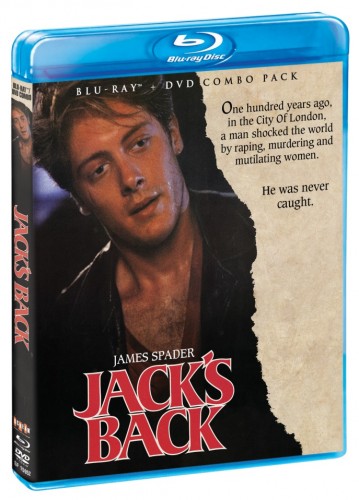 A copycat Jack the Ripper is stalking the streets murdering prostitutes. The police working the case don’t have a clue as to who is behind the murders but when a young doctor (James Spader) stumbles upon one of the victims he thinks he’s learned the killer’s identity. Unfortunately the killer then murders him to keep him quiet, but isn’t aware that the doctor has a street-wise twin brother who soon shows up and starts his own investigation into his brother’s death. Will he be able to stop the killer before he kills again, or is he going after the wrong person entirely?

I was surprised by how much I liked Jack’s Back. I vaguely remember my mom and dad watching it on VHS one Sunday night when I was a kid and I didn’t really care for it. I couldn’t really remember a lot about it other than the fact that I didn’t like it, so I was less than enthused about watching it again. It turns out though that it is actually an awesome movie with a lot of twists and turns that leave you guessing and I ended up really digging it. I think that the main reason I didn’t like it as a kid was because it didn’t feature some sort of unstoppable, masked killer taking out horny teenagers left and right and my pre-teen mind just couldn’t get into it as a result. Since I am old and wiser now (I hope I’m wiser, anyway) I found it to be quite entertaining and I am glad that I gave it a second chance. I had a blast with Jack’s Back and can’t believe that there was a time that I pretty much hated it. 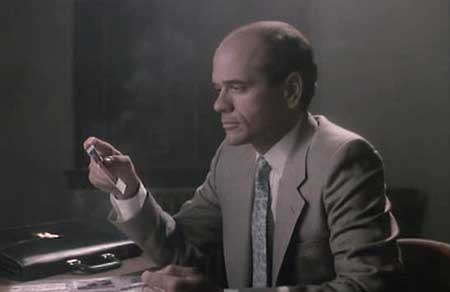 I think that one of the strongest things going for this movie is the fact that it has a strong script and is very well-written. As I said earlier, there are a lot of twist and turns and once you think you have everything all figured out something happens to make you think twice. I think that it is funny that the identity of the killer seems pretty much a given at one point and them Bam! Out of nowhere something happens that makes you realize that the filmmakers have been screwing with you the entire time. I had fun trying to figure out who the killer was and I’ll admit that I was wrong. I thought for sure that it was a certain person but it wasn’t, and when the killer’s identity is revealed I was kicking myself for not being smart enough to figure it out. 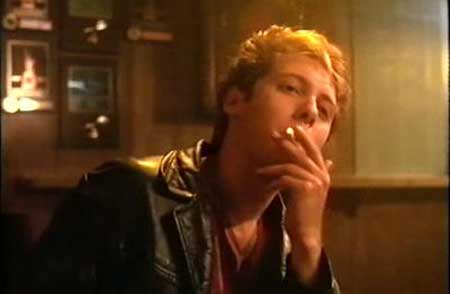 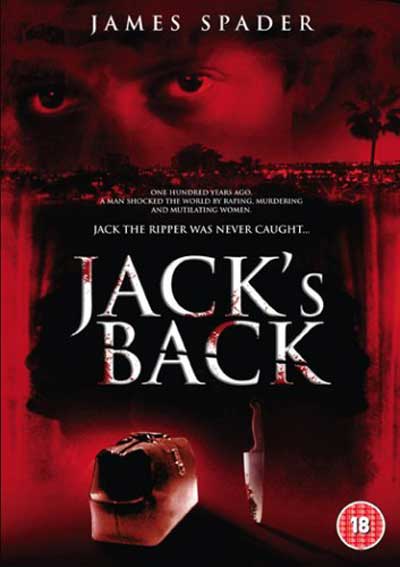 I also liked the characters. I have always been a fan of James Spader (Tuff Turf is one of my favorites movies of all time) and he does a great job in this film. He plays a dual role since he is playing twin brothers, and he does a very good job of making you think that it is actually two different people. The doctor brother is the nice, easy-going guy that cares about others while the street-tough brother is a little more cynical and hard-hearted. I know that on paper it sounds like I am describing “good twin/bad twin” but that isn’t accurate. The characters are both genuinely good people but one of them is just a little more soured on the world than the other one. Spader is top-notch here and I think that he knocks it out of the park in his portrayal of both brothers. Genre semi-regular Robert Picardo is also good as the odd psychiatrist, and Cynthia Gibb is good in the role of the kind of love interest. I also think that the character of Sidney is good too just because he is your typical asshole boss that you want to punch in the face. 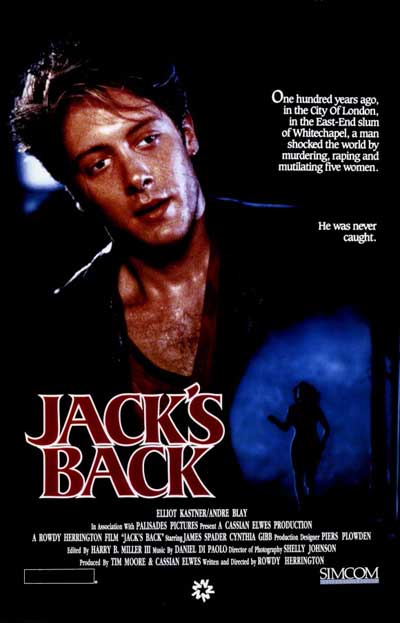 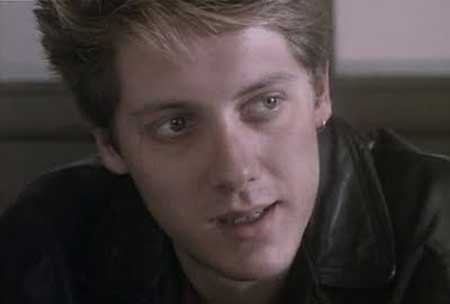 While it may not have the most original premise in the world I still thought that Jack’s Back was pretty damn good. I loved the overall 80’s vibe that it had to it (the music and clothing reeked of the late 80’s) and it made me miss the time period a little bit. There isn’t a great deal of blood and guts here but to be honest I didn’t really mind it due to the fact that I was so involved with the story and the action that was taking place. If you haven’t seen it and are in the mood for something that offers a neat little mystery then this movie is for you. Check it out, I guarantee you won’t be let down.