With the fresh release of The Nun, there has been a recent resurgence of the classic ‘nunsploitation’ movies and the newest release to the scene is no exception to the other brilliant entries to the genre. Nuns are terrifying at the best of times, but there seems to be something about nuns being added to the equation in a horror movie that simply adds to their terror factor. What could add to the creep factor more than the cowled Christian ladies? Here’s a list of some of our favourite horror movie nuns.

The nun who’s had everyone talking for the past few months, Valak, has haunted our screens for the past few years but is now truly a menace to our theaters. You may recognise this devilish deviant from The Conjuring 2 and Annabelle: Creation, but this time, Valak has her own spin-off movie and she’s sure going to use her screen time wisely. Exploring her creepy origins, The Nun grabs you by the throat at every opportunity in wild attempts to terrify you and horrify you. After witnessing Valak in her ungodly glory, you’ll never want to walk down a dark corridor alone again.

A hybrid of film and documentary, Häxan is by far the oldest entry to this list (96 years old to be precise) and one of the spookiest. Exploring demonology, witchcraft and satanism, Häxan was way ahead of its time and still beats the quality of many of today’s horrors. The possessed nun featured in Häxan is a frenzied and possessed woman who meets Satan himself and is ultimately battered by him. In what is likely to be the earliest depiction of a scary nun, Häxan is not only a horror gem, but a significant historical piece of cinema.

You’ll no doubt recognise this particular nun as ‘that nun from The Exorcist III in the hospital’. In honesty, there’s not much more to this particular nun that the whole 3 seconds what we see her for. Slaving away at the night shift, we see a young nurse wave goodbye to a colleague and enter a room, only to be followed up with one of the greatest horror movie jump scares. Briskly crossing the corridor into another room, we see her swiftly followed by a ghostly nun holding a sharp weapon in her hand, ready to strike. Perhaps the scariest entrance of a nun in any horror movie, the killer nun from The Exorcist III has earned her slot on this list. 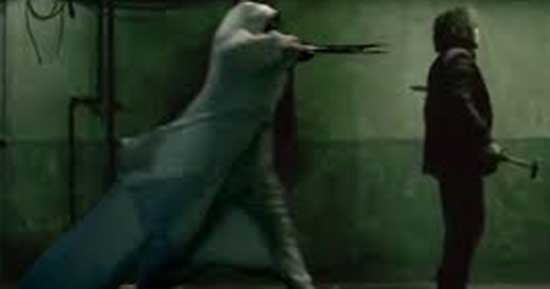 One of the most controversial movies of all time, The Devils is host to some of the most iconic and disturbing visuals available. An adaptation of the renowned author Aldous Huxley’s non-fiction novel The Devils Of Loudun, The Devils is truly a scarefest of a movie. Sister Jeanne, a hunchbacked and sexually repressed nun (secretly in love with the priest), accuses the priest Grandier of witchcraft and bewitching the convent. This evil and crazed nun’s actions ultimately has the poor man tortured and burnt alive for crimes he didn’t commit. What may creep you out further is that the novel this movie is based upon was based on real-life accounts of historical tortures and murders as a result of bogus witchcraft claims. 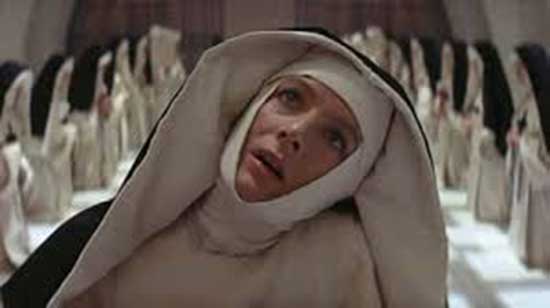 The quintessential nunsploitation movie, Killer Nun is a gem of horror history.  The story follows Sister Gertrude, who has returned to her convent after a brain operation. However, it turns out that this operation was rushed and has damaged Gertrude’s mind, turning her into a damaged psycho. Doing all things that a nun shouldn’t do (but wishes to), she debauches her way around the place by shooting up heroin, terrorising elderly folk, picking men up at bars and ultimately by trying her hand in killing. What’s not to love? 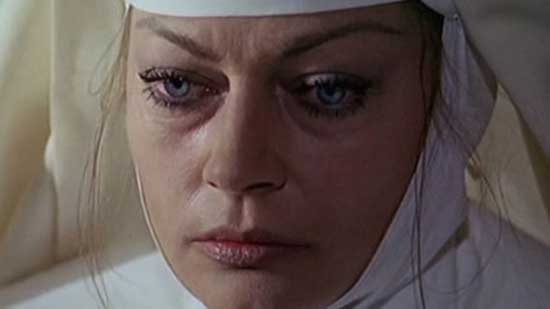 Using the good old-fashioned revenge theme, Sister Flavia is unflinchingly brutal as a nun in her quest for vengeance. Tortured and abused, Sister Flavia escapes her captors and, in true horror movie fashion, exacts her grisly revenge. Not quite actions of a woman of God, surely? If it’s a safe movie you can watch with your mother, look elsewhere, as Flavia ensures that we’re witnesses to decapitation, castration, impaling and mutilation galore. In what is a beautiful symphony of gore and splatter, Flavia exacts her revenge in the only way we see fit as horror fans. 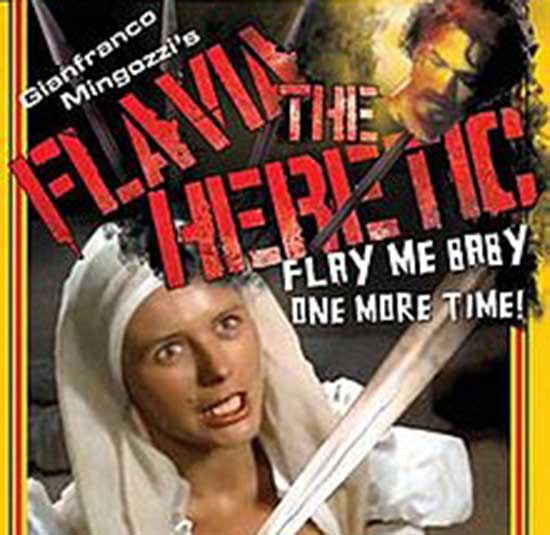 A more recent entry into the world of horror, Veronica initially gained notoriety online due to its reputation from alternative entertainment outlets branding it as the ‘scariest film of all time’. Does Veronica really live up to this unofficial title? No, but Sister Narcisa sure is one creepy lady of the cloth. Ironically, Sister Narcisa (or as the girls at her school call her, Sister Death) isn’t the villain of this flick, rather an ally in Veronica’s fight against evil, yet is still creepy as hell. Blind, strict and old, Sister Narcisa is one nun you’d not want to run into at night. 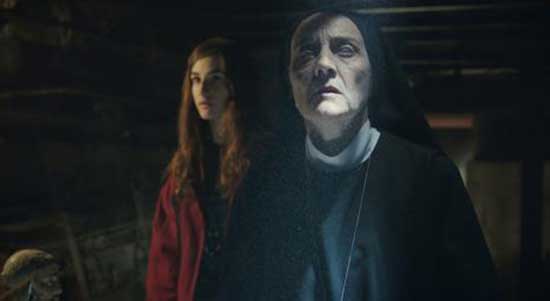 Another entry into the nunsploitation genre, but a more niche one, Last House On The Beach is a classic rape and revenge movie, but this time it’s a nun doing the avenging.  Sister Cristina is a nun who has 3 teenage girls in her care and takes them to a remote house to help they rehearse the Shakespeare classic, A Midsummer Night’s Dream. In true rape and revenge fashion, three brutes turn up to the house and brutally rape and terrorise the girls (with one dying as the result of being disgustingly raped with a cane). This forces Sister Cristina to renounce her godly ways and wreak bloody vengeance.  Why is it that every movie with ‘Last House On The…’ ends up being a rape and revenge thriller? 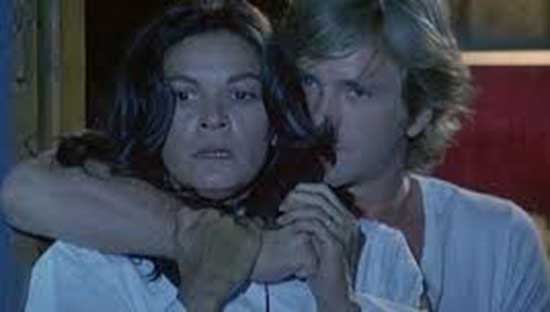 Which nun terrifies you the most? With The Nun in theaters across the globe now, the horror movie depiction of nuns has never been so popular, and with good reason. Religious-themed horror is one of the most inventive and possibly most terrifying genres of horror and shows no sign of dying out. The Nun is in theaters worldwide now. 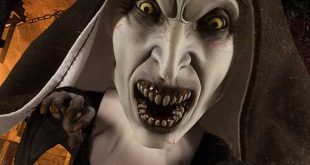 MDS The Nun – Available for Preorder