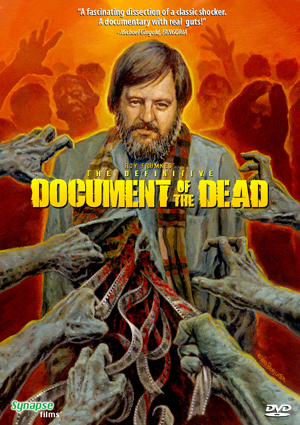 A documentary about George A. Romero’s films, with a behind scenes look at Dawn of the Dead.

NYC film student Roy Frumkes chronicles the early career of the King of the Dead himself, George A. Romero, and treats us to many interviews, ample helpings of scenes from NIGHT OF THE LIVING DEAD, MARTIN, a lil bit of TWO EVIL EYES, and Frumkes even gets to follow Mr. Romero around and film all stages of pre & post production on the Almighty Classic DAWN OF THE DEAD. Talk about a dream come true for a young film student right there. The only famous anything I got to shadow back when I went those two years to film school was…hmmm, does the girls’ volleyball team count? Never mind then…

Ahhhhhh, I remember my very first viewing of DAWN OF THE DEAD like it was 34 years ago. Oh holy balls, now I feel old. I remember it like it was yesterday…there, that’s better! Anyway, before anything else, I have to take this time to give a special shout out to a very awesome dude who may or may not remember this by now, or who may wind up denying it till his dying breath depending on who reads this, but nonetheless it has to be said: 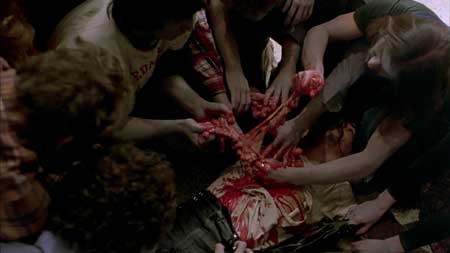 Thank you so much, Cousin Rick, for stuffing me behind the seats of your Hunter Green 1970-something El Camino and sneaking me into the drive-in with your date while my mom was on the night shift that weekend. You gave me not only my first taste of mutated cannibalistic desert killers (it was on a double bill with THE HILLS HAVE EYES), but more importantly, you gave me my very first true zombie experience. I’ll never forget that, and I will always be grateful. CHEERS – You flippin’ rock!!!!! 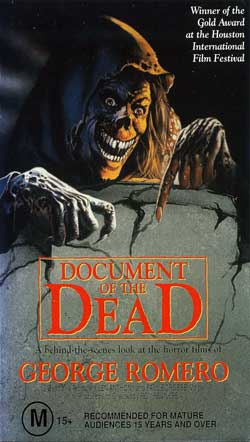 Now, back to bidniss at hand here…believe it or not, and trust me I barely believe it myself, in all my years of reviewing horror flicks, this is my very firstest-ever review of a documentary. I know, right? So this is in fact, quite an honor for me on more than one level. Not to mention, a new challenge, and I’m always down for that. As much as I love Romero’s DEAD world that he’s been expanding on for 40-plus years (except for DIARY – that one sucked beyond horribly, sorry) I have never in fact watched this flick here – DOCUMENT OF THE DEAD – until the Big Bossman mailed it to me to review. Thanks, Chief!! I knew it existed; I almost had it once a few years ago when Anchor Bay released DAWN & DAY in nice huge collector’s editions but my stingy ass opted for just the movies instead of the ginormous 3-DVD sets. I know, I know… 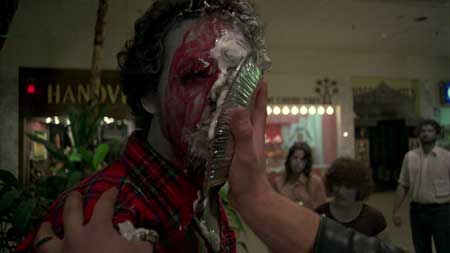 But better late than never. You learn a ton about George and the struggles he had through most of his career being a Maverick independent filmmaker, interviews with certain cast members and crew, a very awesome Tom Savini interview, and even a couple of scenes from DAWN that I don’t recall ever witnessing, which equals all around f*cking awesome. 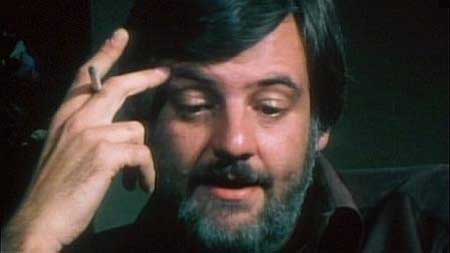 I have to admit, 99% of the time I will go out of my way to avoid a documentary harder than Angelina avoids sammiches. With the exception of FULL TILT BOOGIE and 30 DAYS IN HELL, I can’t even recall anything in the last 20 years that have come close to holding my attention like those two, and now DOTD. This flick is rough, grainy, very 70s-ish, informative, beyond descriptive, and an all-around must-have. Those of you that already have it thanks to the 3-disc set, I salute you. Those of you who don’t and want to immerse yourselves in all things Romero-world zombies, I suggest you hop on this thing right away – it’s the perfect bookend to your Romero collection!