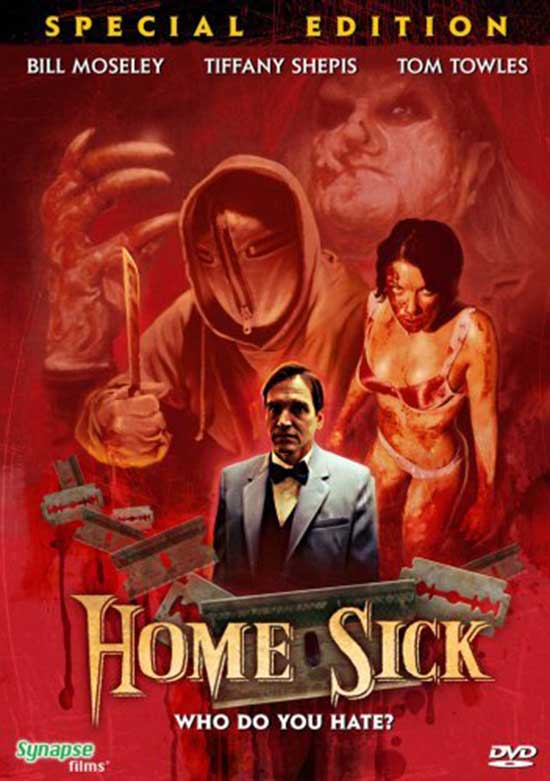 A bizarre stranger crashes a homecoming party and forces all the teens to identify the person they hate the most. Soon, those singled out by the partygoers begin turning up dead at the hands of a spooky, hooded killer. Worse, the surviving kids realize that one boy at the party claimed to hate them all, so they turn to the town’s eccentric gun enthusiast to help keep them alive. Adam Wingard directs this suspenseful horror flick.

Homesick is one of those films that within the first 10 minutes you know it has cult classic written all over it. The fact that it has a 2007 release date on it is an enigma in itself as it feels more like something you may have missed back in the 80’s. But in this case that’s not a bad thing. HS is rich with quirky characters, over the top gore and strange plot twists that really carry you thru from one scene into the next. Now while Bill Mosley provides a high point in the film with his brief enjoyable appearance as “Mr. Suitcase”, he really is only on screen for less than 10 minutes. Oddly enough though you feel as if he’s been with you in the film for much longer. I’m not sure if the film could spark a franchise, but I wouldn’t mind seeing more of “Mr Suitcase” in the future.

This Directorial debut by Adam Wingard (who you MAY have seen for about 5 seconds on the Fox reality series, ON THE LOT) comes together as a nice addition to the “re-watch” shelf. With the help of Synapse films taking over as producers to see the movie finished off with a bang, HS is presented with a unique diversity that should please horror fans tired of the same ol, same ol. 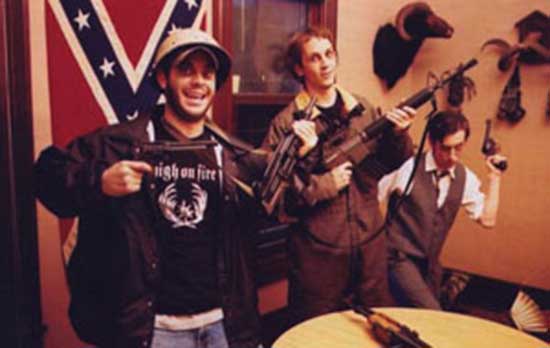 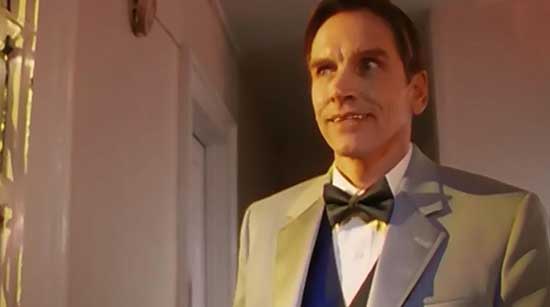 Tom Towles ignites the screen as “Uncle Johnny” who’s whacked out militia approach as a chili enthusiast adds the perfect blend to the already crazy band of characters. Carrying the story are actors Lindley Evans, scream queen Tiffany Shepis, Forrest Pitts, Will Akers, Matt Lero and L.C. Holt whose combination of characters gelled in a way that brought interest to each of them.

I couldn’t help but notice though the weird eye makeup that a few of the male actors wore. I suppose it was either for dramatic effect or just ended up showing up too well on camera. It brought back memories of John Philbin as Chuck in “The Return of the Living Dead” in his slowly phasing into zombie mode. And while the film had a few mid section drags, it picked itself up nicely as the story unfolded. 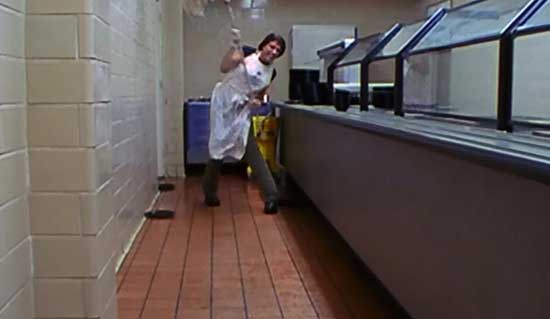 HS is part horror, part comedy, part slasher film with an off beat edge that you’d see in films like “The Doom Generation”, and “Ghost World”. One of the things I found interest was the original beginning included on the DVD. Although it was clearly improved with its current offbeat intro it provided more of the back story of how the characters began. 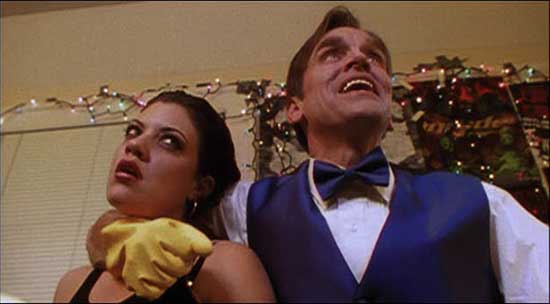 Reported that it took 5 years to see Homesick brought to its completion was well worth the wait. I for one look forward to seeing what this director has in store on future projects as HS is a winner in my book.