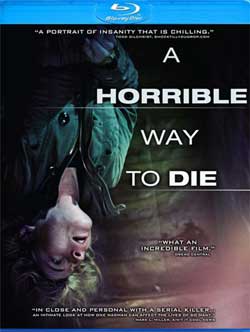 An escaped murderer is in pursuit of his ex-girlfriend, who has fled to start a new life in a small town.

“A Horrible Way to Die” arrives under the directorial talent of Adam Wingard who had a few great releases with “Home Sick” (2007) and “Pop Skull”(which I’ve yet to see). Though I do recommend “Home Sick” which is cult fav of mine. The movie stars the talented AJ Bowen, who plays Garrick Turrell. You might remember him from “Hatchet 2, and “House of the Devil”. but talent aside, this film has soul to it. A dark one that rushes into your bloodstream like a sinister fix you weren’t expecting.

One the things you’ll notice right from the get go is the camera and film shooting style which ranges between clever and art house with a hint of Grind. You might at times question this approach which includes light spots, out of focus zooms and a handheld framing style. However as it rolls on, you quickly get the gist of what the director is trying to do. The camera angles and compositional choices help to stack a tension build that keeps much of the movie at an almost distant POV placement. This in fact, works not too unlike a character in the film itself. I thought in the least it gave actor Joe Swanberg a offbeat feel that wouldn’t have been felt otherwise. 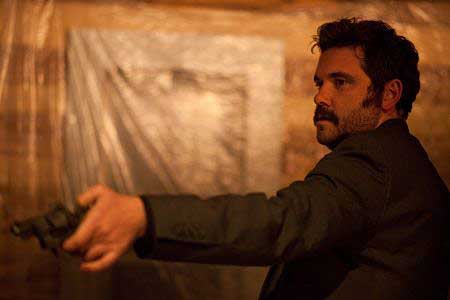 Garrick Turrell has an addiction. Unfortunately for the world this seems to be murderering people. His persona is often one of a tortured but compassionate individual who just cant help himself. This is not meant to sympathize with his character as we don’t really understand what it is that motivates him. Even as he captures future victims, he send them a message of hope, apologizes and talks in tones that you would much associate with the films resident nice guy. This conflicts with his actions which is the brutal slashing of throats, stabbings and a few future film surprises. We get right away that somehow this addiction correlates with his girlfriends addiction of alcohol. In fact, it’s the AA meets that we learn of his girlfriend Sarah’s (Amy Seimetz) past.

Sarah is actually on the comeback as we share her weekly meetings along with other former alcoholics. They confess their struggles and pain all the while coping with this former addiction.  Kevin (Joe Swanberg) is first to commend her on her honesty and efforts. This leads from a simple friendship into a simple  relationship. In fact, I began to really wonder where or when the horror of this film would start unrolling. Though the connection is that Sarah had a former relationship with Turrell, who has been locked away for murder. 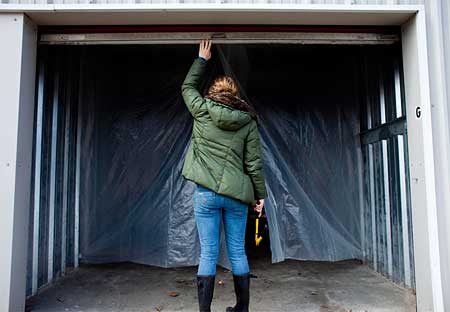 It would be damaging to give away the ending, but in simple fashion, all is not as it seems. This is the brilliance in this film which really keeps things at bay with “less is more”. In fact, much of what we don’t see becomes the horror that we envision. This technique has been fine tuned by famous directors, so it is good to see Wingard taking this same path. 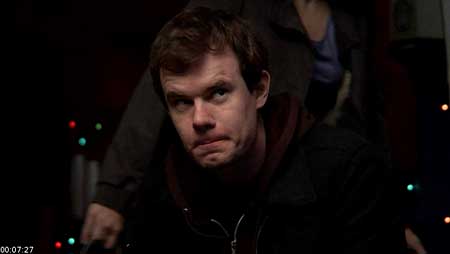 You might walk away from this with a sort of “did I miss something” feeling, but in the end, it’s the reflection on the film that fills in all the details for you. Wingard has a master winner on his hands that is empowered by an original script and a stylistic presentation. I will say that for some reason I was expecting this really extreme over the top sort of torture p*rn film, but this is nothing of the sort. It’s fine-tuned intellectual horror that shows enough to make that which is unseen work. 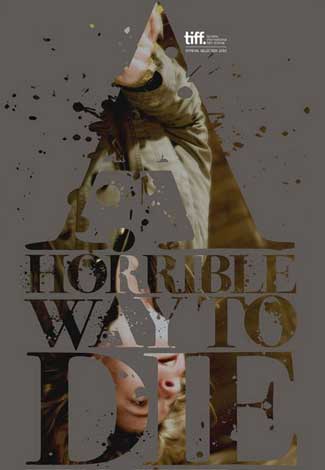 Highly recommended for those who like more slow grind thrillers such as “The Vanishing”. I wouldn’t call Turrell any sort of serial killer icon but he does induce fear within the simple concept of the guy next door who can do unspeakable things. There is one reveal within the movie that really makes a point to bring this concept home. Now upon review of this film, I’m already noticing much of the same cast and players in a new release coming soon called “You’re Next”. I’m making a point to catch this one upon completion.

A Horrible Way to Die is available on Bluray from Anchor Bay.