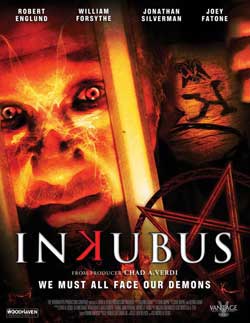 Upon the discovery of a grisly murder, a team of police working the graveyard shift are terrorized by the mysterious arrival of the century-old demon Inkubus. During their gruesome and violent battle, a detective realizes the demon has returned from his past, intent on settling a score.

Too often, especially in the competitive, direct-to-video horror market, we see a name actor get top billing and plastered all over the artwork, only to have some five minutes of screen time. (See: the recent Jesse Eisenberg/Camp Hell controversy, among countless other examples.) Thankfully, that is not the case with Inkubus, which touts genre legend Robert Englund (A Nightmare on Elm Street) as the antagonist. Far from a cameo, Englund is front and center for most of the picture, chewing the scenery with the best of them and having a blast playing the sadistic, titular demon. 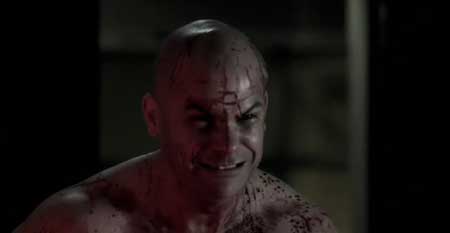 Englund isn’t the only noteworthy name in the film; the majority of the budget was obviously invested in the cast. There’s nothing wrong with that – it paid off. Not only will fans check the film out based solely on the names, but the actors deliver strong performances too. William Forsythe (The Devil’s Rejects) seems to be going through the motions, but even at that he’s good. Despite his boy band past, Joey Fatone (of ‘Nysnc fame) is surprisingly passable as the head detective. Jonathan Silverman (Weekend at Bernie’s) and Michelle Ray Smith (Guiding Light) play police officers as well.

Detective Tom Caretti (Fatone) is locked away in a mental institution, telling the bulk of the film in flashback. He recounts the story that resulted in his confinement, and it’s no wonder why they think he’s crazy. It’s the graveyard shift of the last night at the old Woodhaven Police Station before the squad makes the move to a new building, when a mysterious man who calls himself Inkubus (Englund) – stylized with his mark, an inverted k – walks in with the head of a murdered girl. 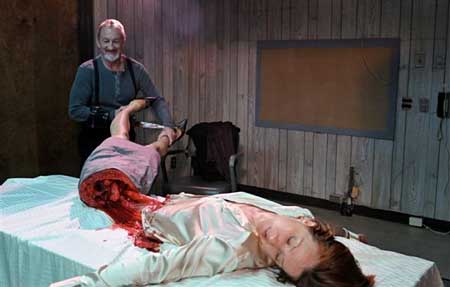 Inkubus claims to be a 100-year-old demon. In addition to practicing reality-bending magic, he also confesses to being the lone individual behind a number of murders attributed to infamous serial killers such as Jack the Ripper and Black Dahlia. He uses his one allotted phone call to reconnect with Gil Diamante (Forsythe). A former police captain, Diamante was forced into retirement 13 years prior following the mysterious death of his wife and disappearance of his son. He is also the only man to come close to stopping Inkubus, and now he wants closure. 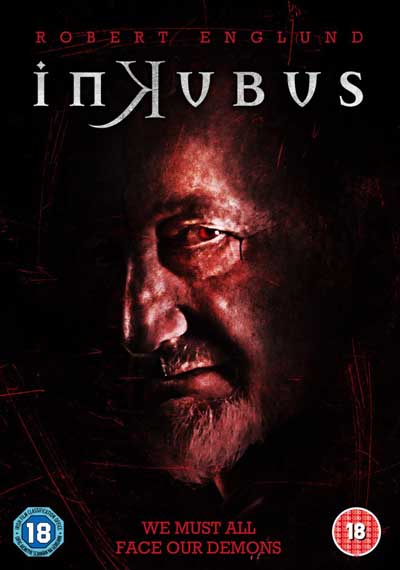 The remainder of the film easily could have played out as a typical slasher, but it diverts from the stalk-and-slash formula. Instead, Inkubus takes a more interesting approach, in which the killer plays mind games with his victims, psychologically toying with them before they meet their demise. The digital effects are cheesy as expected, but there are some good practical effects by Rob Fitz to make up for it. 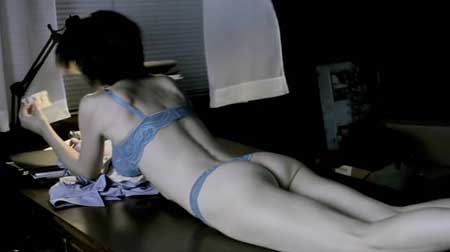 Inkubus’ picture is bright with high contrast and a muted color pallet. I found the style to be a bit distracting, but at least the film is well shot by first-time director Glenn Ciano. The script, written by Carl V. Dupré (Detroit Rock City, Hellraiser: Hellseeker), takes an intriguing concept that gives the villain an established legacy, but I can’t help but feeling that it could have been beefed up a bit more. The film only runs for about an hour and ten minutes without credits, and the ending is quite abrupt. 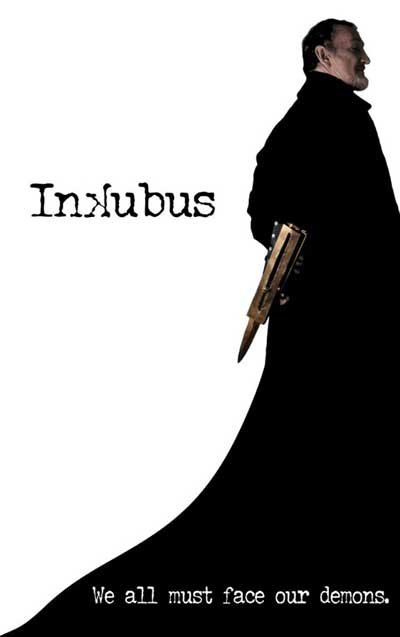 Inkubus may not be perfect, but it’s good to see an independent production with both heart and technical know-how. Non-horror fans likely won’t take to it, but It makes the most of its modest budget with a relatively small cast that includes noteworthy actors, one predominant location and an interesting story to deliver a solid film.