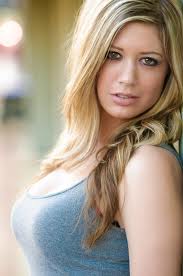 How did you first get started in modeling/acting?

A. It was something I had always wanted to do. When I graduated high school I heard about a horror movie being filmed near me, So I went down for auditions and got the part. After that I was addicted.. The rest is history:)

Did you have a favorite horror movie from your childhood?

A. Yes children of the corn. It used to scare the Crap out of me!!!

Snow Shark: Ancient Snow Beast , Tell me about your role as Daphne?

Daphne is very upset for the most part because her husband has been killed by the shark.. she wants answers and she wants that shark dead!! Director/actor Sam Qualiana did a really good job with this project and was great to work with! I think the final product will be great!!!

Patient Zero , Tell me about your role as Kerri Klein?

A. Kerri Klein is my character in “Patient Zero”. She is a receptionist and also the town sheriffs daughter.. She greets everyone with a cute and bubbly smile, but when things start to go bad she gets frantic!!! You will get to see a different side to my acting in this movie! I’m normally the comedic relief character and in this film I am not.. Director Brian Jaynes was a pleasure to work with and is an amazing director! He runs a very smooth set! “Patient zero” was one of the best film sets that I have been on and we all had a lot of fun making this film!

What is your definition of a Scream Queen?

What is your opinion of nudity in horror?

A. I think that if it’s in a part of a movie where it’s needed and It has to be done to tell the story then it’s ok… However I don’t do nudity so I would have to pass that role up and give it to someone else lol… I don’t like the horror movies that have random naked people in them for no reason and it has no point to the story… I’m not saying anything is wrong with that, I’m just saying that I would choose a different movie to watch.

From your past roles, do you have a favorite?

A. I liked my role as Tinkerbell in Leigh Scotts syfy movie “Cyborg Conquest”. Tinkerbell got to shoot guns, rob banks and ride on motorcycles!! Leigh Scott is a very cool guy to work with… He is a super nice/fun guy and I have nothing but great memories of working with him..

In your dream movie, who would you love to work with?

What other project is on the horizon for Jackey Hall?
I leave next month to shoot a feature in L.A. called “The Old Mans Gold”. Its a family drama/crime flick…Its A fun script and should be lots of fun! I have lots of other projects coming up this year, but nothing that I can talk about yet;) 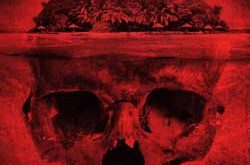