A military experiment to create a race of super-warriors go awry, and legions of murderous zombies are unleased upon a surburan neighborhood.

Perhaps one of the persecutions fans of horror face the most is their taste in cinema. Make no mistake about it C.H.U.D. will never be confused for an Oscar nominee or acclaimed chiller classic. That withstanding Bud the C.H.U.D. can still be an enjoyable viewing experience that is more aptly described as a guilty pleasure. If one consciously bears in mind not to take the next ninety or so minutes too seriously a fun time can be had by one and all.

Long before the days of spoof/satire franchises such as Scary Movie or the Shaun of the Dead volume, C.H.U.D. 2 unapologetically pokes fun at the cannibalistic undead with proverbial tongue firmly embedded in cheek. 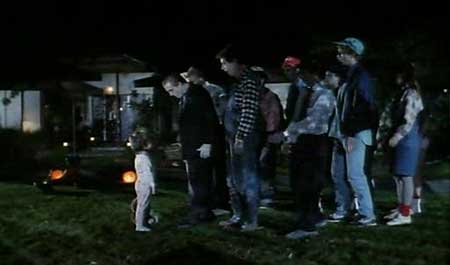 Teen misfits (Robbins, Calvert) are punished via detention after a chemistry lab has gone awry. They accidentally lose the cadaver intended for next class’s dissection. The effective use of slapstick type soundtrack and effective cinematography of panning witless bystanders witnessing a corpse whirl by on a runaway gurney is golden comedy for the disturbed, yet hardly what you’d consider horror.

Once banded with Katie (Fisher) they vow to steal a replacement corpse from the local morgue. The screen writer’s indulgence in the absurdity of today’s youth preference in defying the law and moral fiber than the wraith of their parents or god forbid another detention is hilarity at its finest. Once again it falls considerably short of what is traditional horror, but by this point we as the viewer truly detect they’re going for something a little different here. 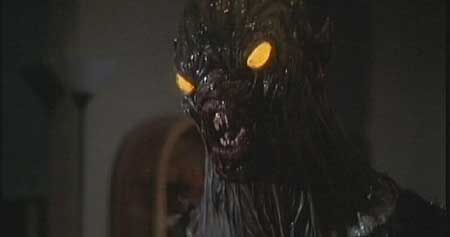 Further hijinks ensue as they grapple with the stolen cadaver, smuggling it past The Williams, Steve’s oblivious parents that appear to be more perpetually glued to the television that what is going on in their son’s life. Once again a classic illustration of the decay of the functional family unit that serves as good satirical comedy. Sure enough the plot is flimsy, cheesy and even pointless at times but not far off the mark considering the premise of the undead in regular everyday circumstances.

The special effects are effective and gruesome in all their decked out gory grandiose. A particularly comical sequence in true laugh out loud spirit is when Bud is reanimated back to life after toppling into the bath tub with a hair dryer in toe. His pale, grey complexion bolts into life, ready to wreak havoc to all hapless victims. 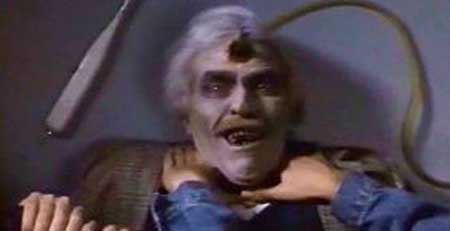 Syrupy synthesizers unleash their unusual grinding sounds of building tension in telegraphed suspense. Confined to the basement, Bud inflicts his insatiable appetite upon the Williams’ pet poodle. In true gut wrenching fashion, Bud takes a chomp out of the canine before wiping his blood smeared mug upon the neighbor’s hanging unmentionables on the clothesline.

Our scene fades into voyeuristic Bud peering through a window at an exercising cougar. The use of subtlety and shadow shows promise of a creepy scene about to unfold; when the visuals have you gripping the arm of your easy chair in angst anticipation another mad-cap, slap stick maneuver unfolds causing the viewer to roll their eyes in disbelief. 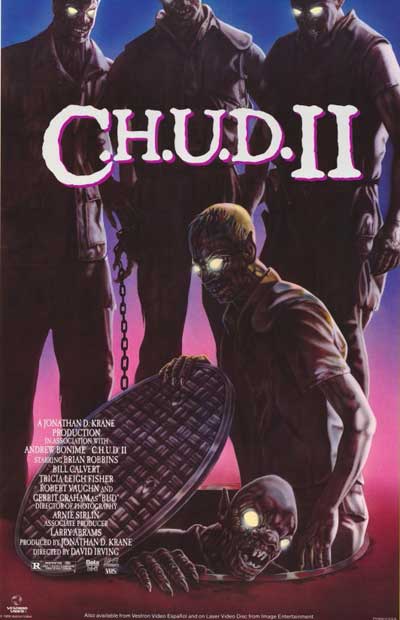 The plot thickens if not gently bubbling and gurgling at first as Bud prowls the town, slowly devouring everything in sight. He develops a corny adoration for Katie, carrying around a photograph in pursuit of the pretty teen. Meanwhile the teens scour the neighborhood in search of their second lost corpse within 24 hours.

After the military gets privy to the situation they chase down the perpetrators of the body theft as well as their invaluable operative secret, Bud. It makes for an intriguing enough plot and it’s a little unclear at this juncture why they’d chosen the satirical angle when a serious endeavor would work just as effectively.

As hindsight is twenty-twenty we’re treated to some pretty cool, gross-out death scenes a la flesh eating mode. The initial burger joint scene comes to mind as one disgruntled customer after the next turns on one another literally chewing one another a fresh hole. Ultimately the general (Vaughn) blows up the diner in spectacular testosterone fuelled fashion. It’s obvious a considerable budget was invested into this film which begs the question once again why garnish the final plate with such a variety of frommage? 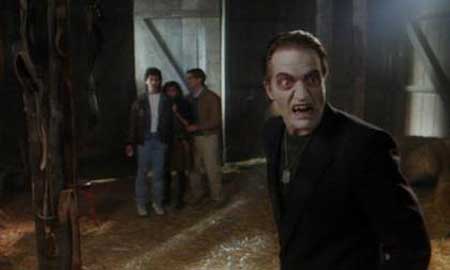 The tension finally builds up to a decent enough climax where the misfit teens suddenly become scientific geniuses and plot to wipe out the plague of zombies all in one foul swoop. We get to see Katie (Fisher) in a skimpy bathing suit as a result (which I’m positive was no accident to lure the fourteen to twenty four aged male demographic).

All in all not a bad film if you like your cheese garnished liberally to taste. If you’re a smidgen on the lactose intolerant side best avoid altogether. For its silliness I’d give it a two out of five tombstones. I’d be much more enthralled to see what could be produced from a serious persona. 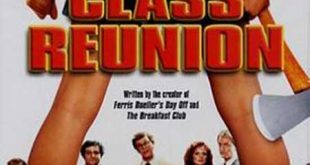 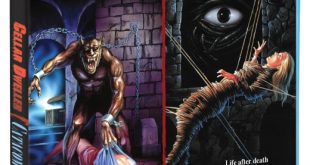 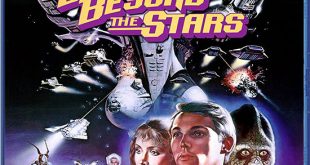