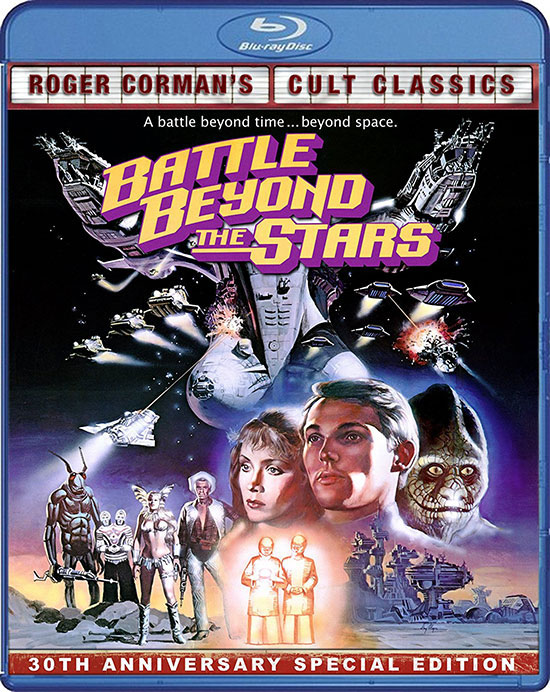 A young farmer sets out to recruit mercenaries to defend his peaceful planet, which is under threat of invasion by the evil tyrant Sador and his armada of aggressors.

When I was given this flick to review, I had to admit I was definitely interested when I saw that it was a Roger Corman production. While some of his movies can be a mixed-bag, I generally have found most of them to be fairly entertaining. Of course, seeing that Battle Beyond the Stars came out around 1980, I was expecting this to be a Star Wars rip-off so my interest was also balanced with a healthy dose of trepidation. After all, I’ve seen many Star Wars clones that have sucked. Imagine my surprise that this movie ended up being more of a rip-off of Akira Kurosawa’s Seven Samurai. 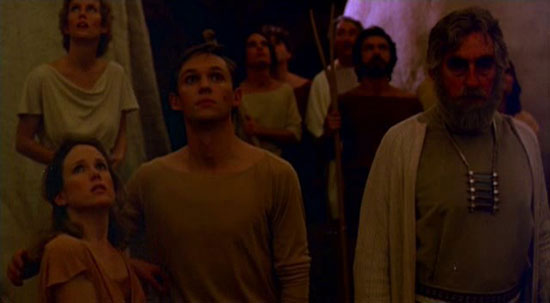 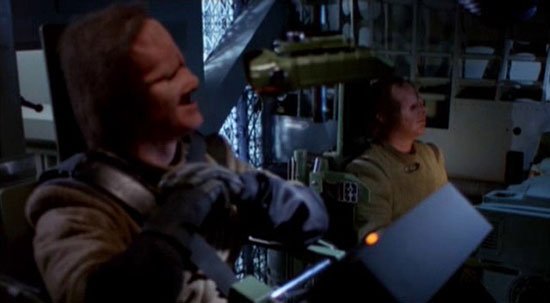 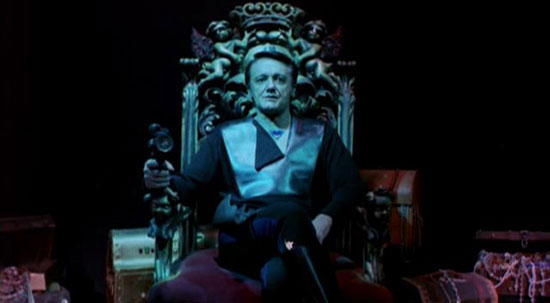 Young farmer Shad’s homeworld is about to be attacked by the warlord Sador. His people don’t have any defenses and aren’t fighters, so he goes on a mission to find mercenaries willing to accept his people’s meager offerings to help them fight Sador’s forces. Piloting his ship that looks like it has an ample pair of boobs on it, Shad runs across an assortment of characters who agrees to help fight Sador, each one with their own motivations for taking part in such a desperate battle.

If you were to judge this movie solely by its score on Rotten Tomatoes (45%), you’d probably expect something pretty bad. The movie is cheaply made and some of the makeup and special effects suffer for it at times. There’s a few actors that are kind of terrible in the film, but honestly, the overall product is actually not that bad. I was a nice change of pace compared to some of the other turkeys I’ve had to watch. 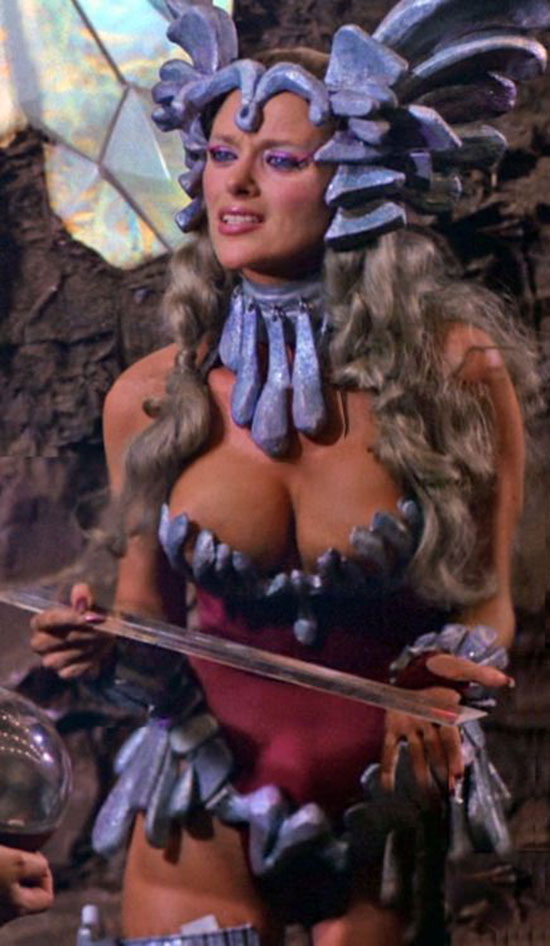 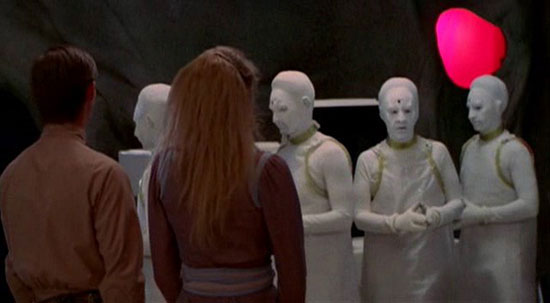 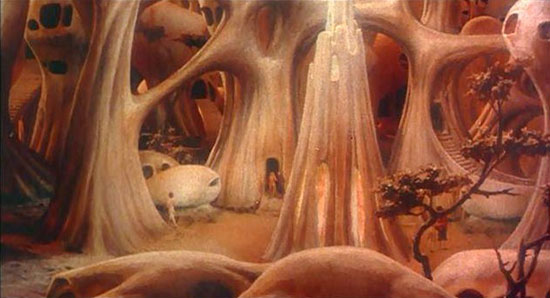 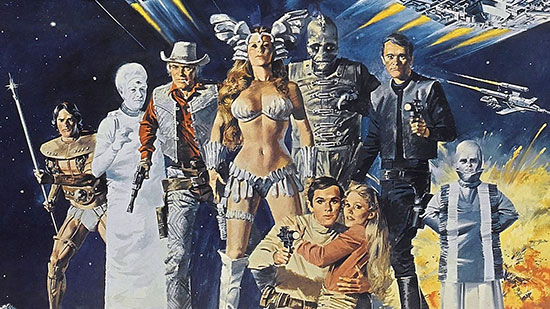 Roger Corman always had a knack for getting some talented people to make his films. You can take this cast as an example of that.You had veteran actors like George Peppard, Robert Vaughn, and John Saxon all providing some fairly solid performances (though Saxon kind of overdoes it near the end of the flick) alongside a young Richard Thomas. Even Sybil Danning gave a fun and energetic turn as the warrior woman St. Exmin. That’s a surprisingly decent group of actors to have on such a low budget film.

One of the movie’s main strengths is that the mercenaries were kind of interesting. One joined the fight because he wanted revenge for the destruction of his people at Sador’s hands. There’s a group of psychics who are part of a shared consciousness that join because they are quite bored with their existence. St. Exmin a is member of a female warrior race that just wants a good fight. George Peppard’s Cowboy is just there because Shad saved his life, so he feels he owes the kid. Robert Vaughn’s Gelt is a man who amassed a fortune, but he made so many enemies that he lives in a constant state of danger. The offer of getting a place to hide out for a while with free room and board is too attractive to a guy who’s too afraid to venture to far from his home for fear of being killed. 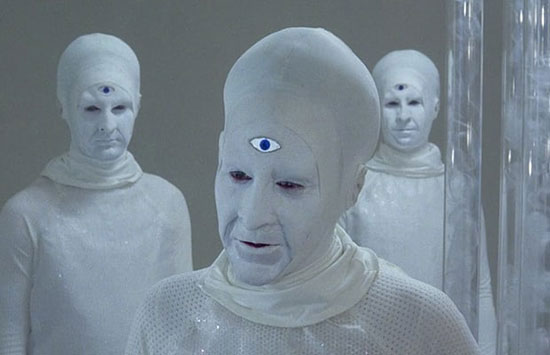 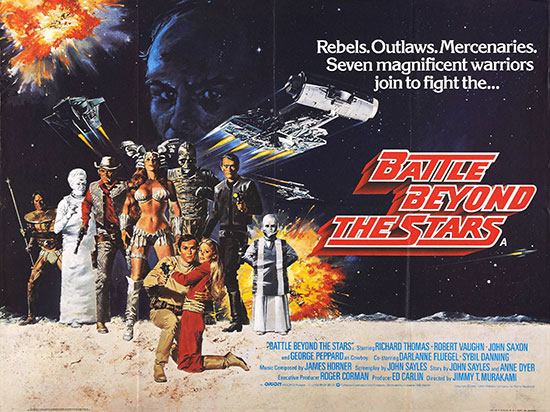 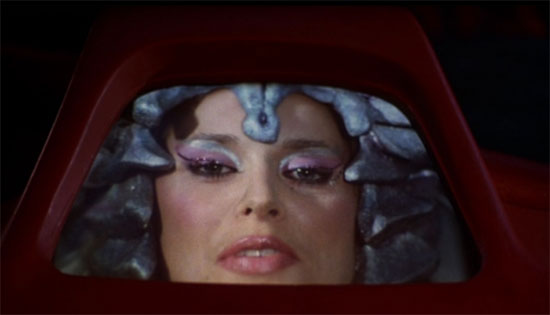 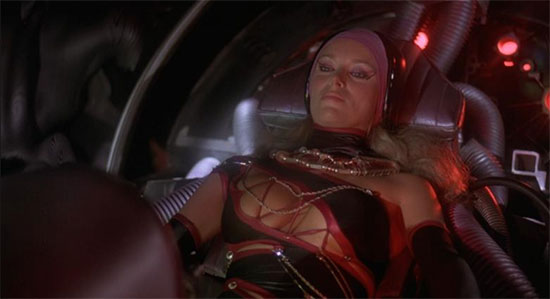 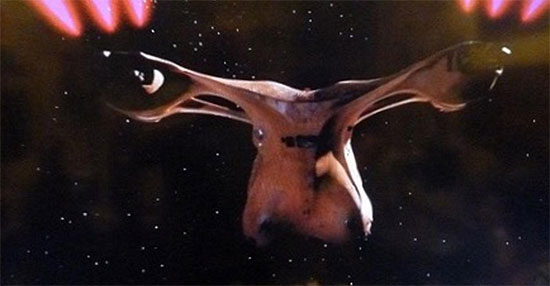 Just because I said earlier that some of the special effects weren’t great, other areas more the made up for it. There were a few scenes where some matte paintings were used that looked as good as something used in some major Hollywood sci-fi blockbusters. Another impressive aspect was some of the set designs. Some genuine craftsmanship went into constructing the different interiors. Even the musical score sounded like something that belonged to a A-list flick, which shouldn’t be surprising. The composer was James Horner, who would go on to compose music for some major Hollywood productions like Star Trek II: The Wrath of Khan and Titanic.

I definitely enjoyed this movie, and it was far better than I thought it’d be. The thing about Roger Corman movies is that most of them are very competently made, and Battle Beyond the Stars is no different. While “competently made” may seem like faint praise, trust me, it isn’t. The man knows how to get talent that can get a lot out of so little funding, which is not as easy as it sounds. With surprising production values, decent cast, and interesting characters, the movie is a showcase of what you can get done with the right people. I definitely recommend it if you’re in the mood for some b-grade fair.