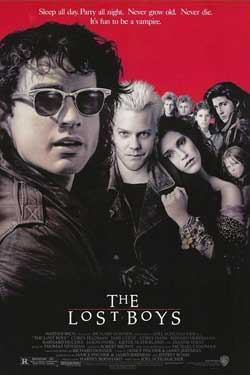 After moving to a new town, two brothers are convinced that the area is frequented by vampires. 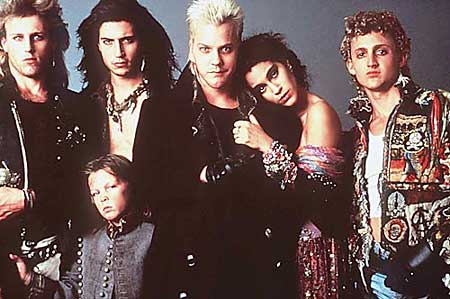 Everyone who knows me knows I am a Sucker, no pun intended, for a good Vampire movie. “Lost Boys” does not disappoint. This vampire movie goes on my top ten of all time favorites. Kiefer Sutherland plays the devilish denizen David who acts as the local pied piper for the dark side. 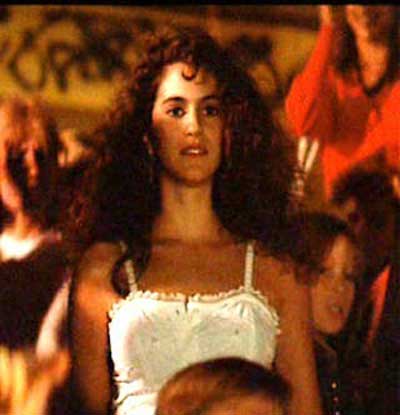 David is on a mission to recruit and he sets his blood thirsty, but still very sexy eyes on Michael. Michael (Jason Patrick) and his brother Sam (Corey Haim) were brought from Arizona to Santa Carla, California (fictional place) by their newly divorced mother Lucy (Dianne Wiest), who finds work in a video store. The lovely town of Santa Carla is known as a town with a high murder rate. The town is covered with pictures of missing kids, making it the perfect place to raise two teenage boys. They move in with their grandfather played by Barnard Hughes who enjoys root beer, Oreo’s and enjoys the hobby of taxidermy. Lucy’s attention is diverted from her sons when she becomes involved with video store owner Max (Edward Herrmann).
. 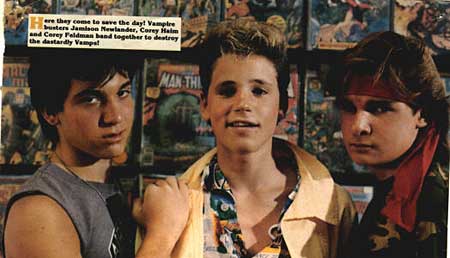 Sam eventually befriends Alan Frog (Corey Feldman) and Edward Frog (Jamison Newlander), brothers, who in my opinion make the movie with their Drag Net/ Barney Fife demeanor, offering outstanding comic relief. If I were a resident of Santa Carla I think I would very much enjoy hanging out with the brothers in their comic book store. David (Kiefer Sutherland) along with Star (Jamie Gertz) , a beautiful young supernatural creature who is not happy with her role as vampire temptress, lure Michael into the Santa Carla Cavern hide out where he becomes one of them after he is tricked into drinking the life changing vampire blood, endangering this human boy’s mortality. 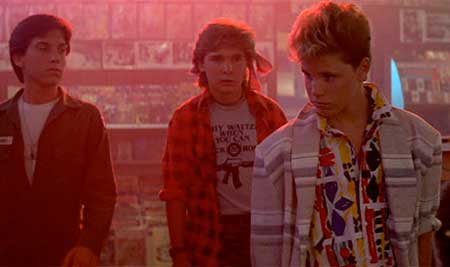 Star is caught up in the Lost Boys world and is controlled by David who treats her more like his possession than a love interest. She is falls in love with Michael and wishes that she and her friend Laddie could leave the pack. One could speculate that David recruited Laddie in an attempt to keep Star from leaving.

The Frog Brothers, who run their comic book store on the boardwalk, try to warn Michael of the Vampire David and his pack of blood thirsty vigilantes from the beginning. Michael takes them for fools and doesn’t listen. Oh my Michael, you should have listened. Michael’s unwillingness to listen to the Frog brother’s advice soon finds himself over his head when he becomes infatuated with the lovely Star and is lured back to the Vampires evil lair which by the way was once a luxurious hotel that had been sunken by an earthquake. Michael has several near death experiences with the pack before falling under the vampires curse. 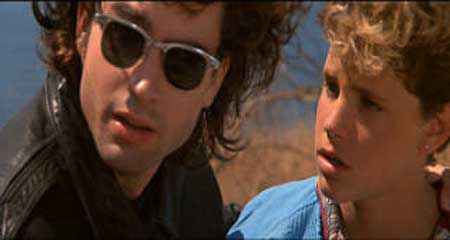 David, vicious and hell bent on blood-sucking and immortality is the epitome of the stay young forever, indestructible vampire stereotype. David demonstrates how horror can be as sensuous as it is suspenseful in this movie. He sets his eyes on Michael who becomes and unwilling member of the star studded Vampire pack. 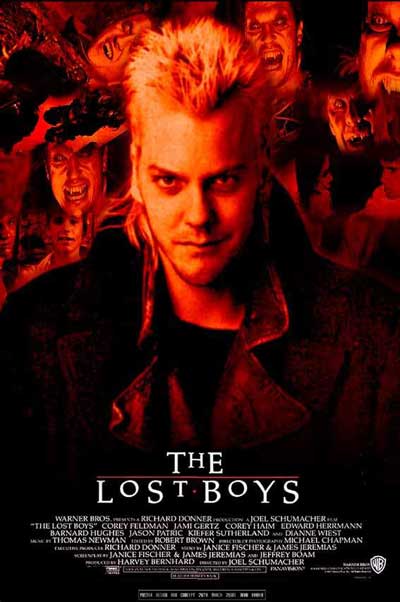 Sam is freaked out when he becomes aware of Michael’s transformation. He and Michael try to find a way out and are forced to turn to the Frog brothers when they can’t turn to their mother and grandfather, who subsequently both become preoccupied by their own individual love lives. Lucy brushes off the changes in Michael as the signs and symptoms of young love. Sam, Alan and Edward set out to save Michael and Star; she is of course too pretty not to save, by trying to destroy David. This is a film that captured the ‘feel good times´ of the 80’s with its big hair and rockin kick booty music. I give this movie two thumbs up!