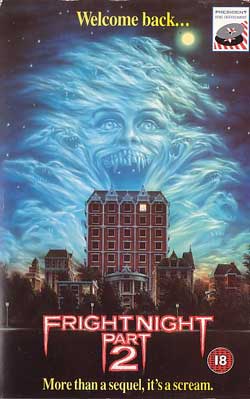 Charlie Brewster and Peter Vincent from the original Fright Night must face more vampires out for revenge.

Sometimes more of the same isn’t necessarily a bad thing and “Fright Night Part 2” has enough new blood mixed in with what made the first one so enjoyable. Maintaining that balance between seriousness and humor which worked in the first one, this sequel, while not perfect, carries over those positives.

Both William Ragsdale(‘Herman’s Head’, ‘Justified’) and Roddy McDowall (‘Planet of the Apes’) return as Charlie Brewster and Peter Vincent. Charlie, through a few years of therapy, has come to terms with the events that happened in the first film and believes that it never really happened, that vampires don’t exist and that Jerry Dandridge was a serial killer who kidnapped his girlfriend. To help reconcile his past he visits Peter at his home the same night that a strange woman moves into the building. This is Regine Dandridge (Julie Carmen), the sister to Jerry that Charlie killed just a few years prior. Drawn to her, Charlie struggles with the possibility that vampires might be real while Regine plots her revenge. 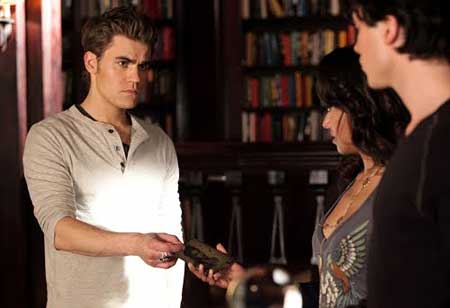 This sequel succeeds in part due to a fairly strong ensemble cast. Ragsdale and McDowall have strong performances supported by many smaller roles, one doesn’t even have any lines. Traci Lind plays the oft jilted girlfriend Alex, while not a stellar performance she’s certainly functional. Russell Clark is Regine’s sidekick in Belle. Though he had no lines he was dressed in typical eighties fashion absurdity, including a hairstyle done by Pepe Le Pew, and has a penchant for approaching his victims on roller skates. Now the skates are more frightening than they sound; he’s able to glide mysteriously through the darkness to his prey and one might be in danger of laughing so hard that you might not be able to run to the safety of grass where he won’t be able to skate after you. Another of the vampire henchmen with the look of a werewolf is Louie (Jon Gries) who I immediately recognized from another, eighties classic “Real Genius” but is also known for more recent fare (‘Taken’, ‘Napoleon Dynamite’.) Gries played his vampire with such a lightheartedness that he adds the only levity in the movie not stemming from the stylized, eighties fashions. 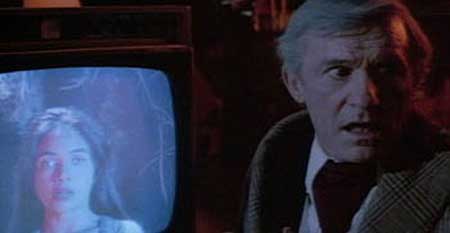 Early in the film when Charlie first becomes convinced that Regine is in fact a vampire, he talks Peter into going to party she’s having in her penthouse apartment. There they find one of Charlie’s friends whom he thinks has been bitten but claims he’s just drunk. The party is filled with wildly dressed guests and there’s a bowl full of fake vampire teeth, the uncomfortable kind that show up every Halloween. Later Regine and Belle dance in front of the crowd as vampires but Peter is unconvinced as this is all played off as Regine is a performance artist. In the first half it’s these scenes where the story is furthered during the course of an entertaining scene (the dancing is pure eighties) that make this so entertaining. 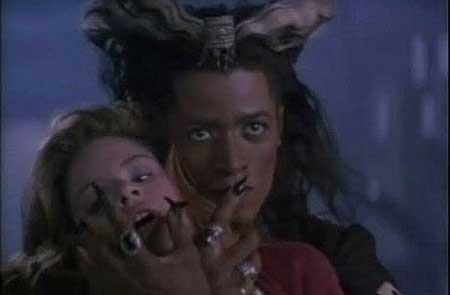 Where “Fright Night Part 2” fails is in the script and subsequent pacing. After a strong start to the movie it falls into an unmotivated sag in the middle which ultimately leads to a weak and inevitable ending. While the threat and conflict raises through the start for Charlie, Peter and Alex it quickly plateaus midway through and drags the pace down to the expected. The script fails to capitalize on the numerous opportunities to raise the stakes even higher for Charlie and Peter and therefore create a greater urgency through to the end. Those wasted opportunities made the third act of the film seem almost de rigueur as it culminated in a resolution that would shock no one. 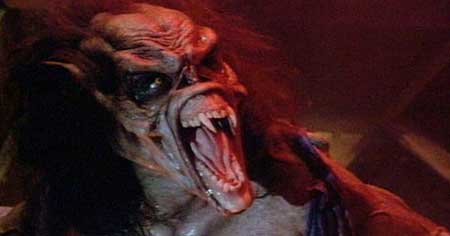 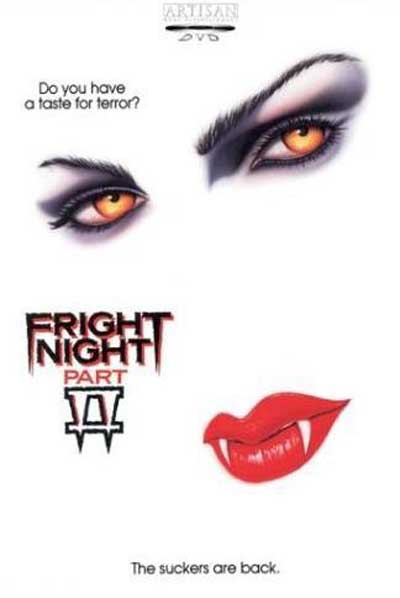 Recently the first film was poorly remade with Collin Farrell and didn’t capture the same essence, rather, as with too many recent horror remakes, they attempted to make it scarier. While there’s nothing wrong with a good scare it doesn’t do justice to the original. “Fright Night Part 2” delivers more of what you love without falling prey to the ‘we have to do it differently’ mentality.