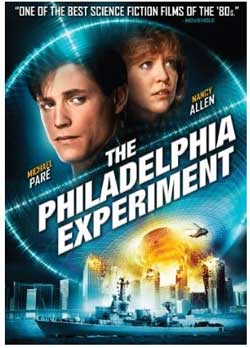 Based on an “actual event” that took place in 1943. About a US Navy Destroyer Escort that disappeared from the Philadelphia Naval Shipyard, and sent two men 40 years into the future to 1984.

For those who never saw the Philadelphia Experiment, you may be missing an important part of history. The film itself which came out in 1984 was rumored to be based on the actual event that took place in 1943. Still to this day, several books, documentaries and research studies have been done on this unique point in history. The movie was directed by Stewart Raffill and starred Michael Paré and Nancy Allen in the leading roles. 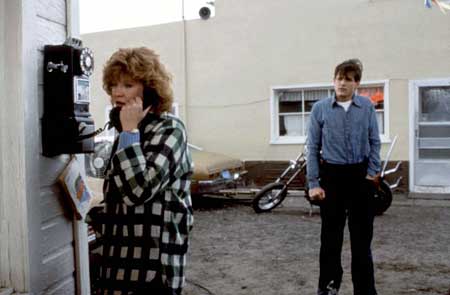 Michael Paré is David Herdeg, a naval office who was onboard the ship in 1943 when they decided to launch the famed “Philadelphia Experiment”. The idea was based on Einstein’s “Unified Field Theory” using magnetic fields to produce an area that could be invisible to radar. In the film, the ship and experiment is deemed a success as the USS Eldridge disappears from radar.

David Herdeg (Paré) and Jim Parker (Di Cicco) are aboard in the control room and immediately notice electrical issues causing malfunctions. The malfunctions effect the crew creating a altered state of existence. It also appears to create unstable matter that causes some of the crew to fuse “with” the hull of the ship. 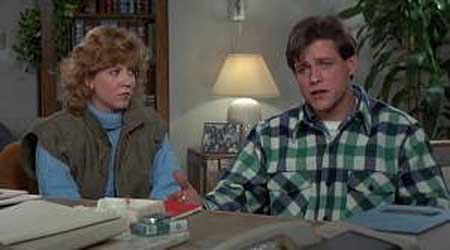 In an effort to stay clear, they both jump overboard and time travel into the present thru a vortex to the year 1984. Jim affected by the radiation, immediately notices something isn’t right. This begins chain reactions with electrical equipment while an ominous vortex in the sky grows larger. David and Jim are then forced to hold bystander Allison Hayes (Nancy Allen) at gunpoint as they escape a hostile restaurant mob. When they reach a local hospital, Jim’s issues get worst until he eventually disappears altogether from existence.

Jim and Allison head to CA while being pursued by the military police. David is simply looking for answers on what really happened. The journey sparks a love interest between Jim and Allison.

All comes to a head when David and Allison visit Pam and Jim at their house “now” in the year 1984. It is revealed that Jim returned back to 1943 while David simple never returned. This paradox of past and present invoke key elements about the nature of time and the effects of the Philadelphia Experiment itself. David must return to the past to shut down the ship’s reactors. Failure to do so may cause a the future to cave in the lives of those who live in it. 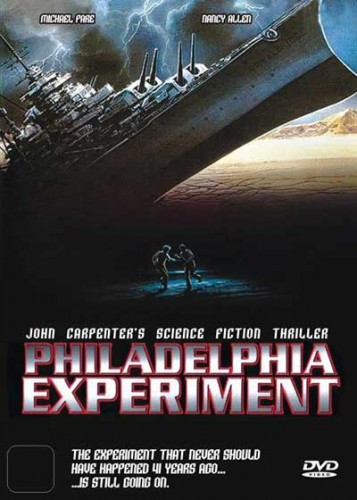 The movie itself was a bit ahead of its time but dated due to the filming technology of the 1980’s. I’ve always believed the movie would make for a perfect remake that could be embellished into the proper style of our times. FX back then were limited and very apparent in the glowing orange treatment they used to portray the radiation effects on others.

At present, this event never really happened according to the military who denies any such experimentation. There was reported efforts made to delve into electromagnetic energy, but the idea of a ship disappearing and the invisibility factor have been largely denied still to this day. Those who take interest in the subject can follow the trails and documentaries over the years made which eventually led to the “Montauk Project” (another government cover up operation which proceeded the PE and was rumored to be a result follow up)

The movie really struck a chord with many over the years lumping it into a cult film category that mixes in drama and science fiction. I believe the association with something that “may” have happened has poked at the interest of viewers still to this day. The role was considered among Michael Paré’s most memorable though was overshadowed by the “Eddie and the Cruisers” films. A must-see for fans of the genre and a classic in its own right. A film called the “Triangle” (a small televised mini series) also made a solid connection with this event by focusing more on the Bermuda Triangle aspect of it. If you can handle all the 80’s simplicity here, it’s a great way to introduce yourself to an important scientific event. 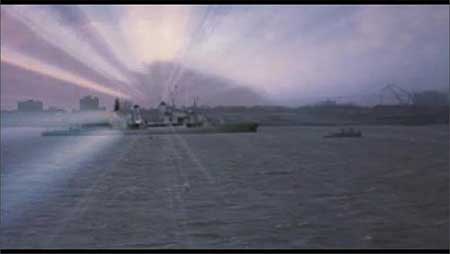