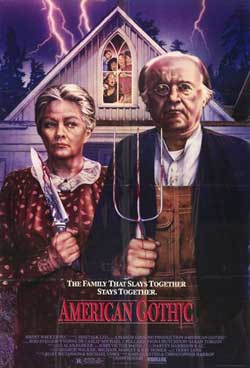 On a lonely island in the Pacific Northwest, a group of travelers find themselves targeted by a crazed, homicidal family.

This 1988 release is not to be confused with the TV series by the same name. The title of the film is taken from the famous painting by Grant Wood. The original VHS cover also makes a parody of that painting replacing the charcters with actors from the film. American Gothic also is known by it’s other name of “Hide and Shriek“.

A small group head out on a weekend getaway. When their plane begins to malfunction they are forced to land on a remote Pacific island for the night. Jeff, the pilot attempts to fix the plane but falls short when he discovers that the readings are acting strange. Classic takeaways here are some cheesy lines such as “woods is woods” and a hipster named Paul who grabs the mullet award for this black sporting young hairdo. Cynthia (Sarah Torgov) almost watches her friend drown when she freezes up from a prior trauma involving her child. In all, these Seattle residents are just the material for a weird killing sort of story to emerge. I can feel it in the air. 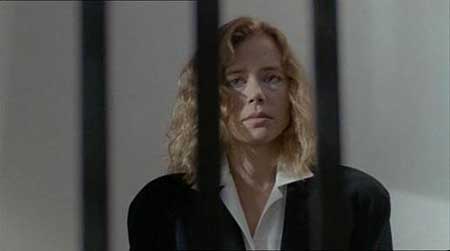 As the morning arrives, they set out to explore the island to see what resources are available. Upon the discovery of an old fashion home that appears to be stuck in the era of the 1890’s, they take it upon themselves to indulge in the homes intricacies.

They are greeted shortly after by the religious residents Ma (Yvonne de Carlo) and Pa (Rod Steiger) who welcome them after coming home and discovering they’ve been getting into their belongings. If you happen to do a double take you might also recognize Yvonne de Carlo as Lily Munster from the famed TV sitcom series..

It’s not too long after that we meet the 3 adult children Fanny, Teddy, Woody who all seem to suffer from too much time of the island. Fully grown adults who spend the day playing in the woods and dodling about until supper time. 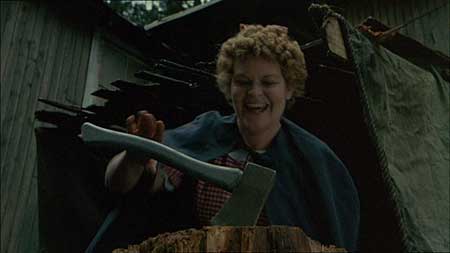 Now, the setup here is pretty typical of these films that countdown by numbers in killing off the evil city folk. Much of these are executed thru playful killings as the 3 youngens stab, chop and push the remaining visitors one by one until they reach final confrontation. I would say there is much of a story here besides the plotline of finding some way to let the children kill off the adults. Though seeing that the children are adults and quite bigger, that’s not much of a stretch either. The deaths usually get lumped into the “whoops, killed another one” style, with ma and pa not really giving them another thought. There is a 3rd act revelation, that is sort of weak in comparison to others of its genre. The killings are kept pretty basic elating the whole she-bang slightly more hip than a “Gilligan Island” episode. 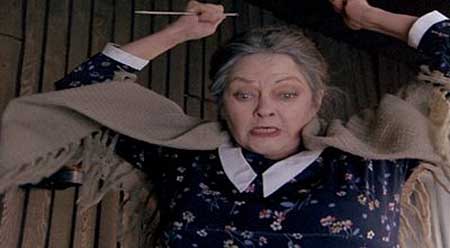 Some of the actors strike me as familiars who tend to appear in each others projects from time to time. I would put this at the top of any list, but you might find its offbeat nature slightly entertaining. 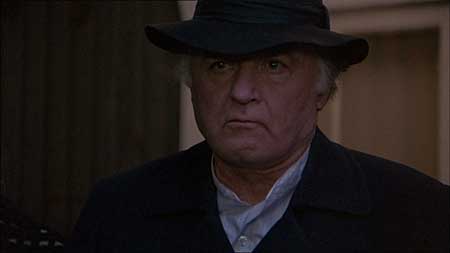 If your looking for this scenario done a bit better, I’d probably have to point you in the direction of “The Blood Shed (2007)”. I prefer Susan Adriensen as Sno Cakes over Janet Wright as Fanny any day. Michael J. Pollard, you have to feel for the guy a bit, who gets stereotyped into alot of the same mindless roles. The highlight of this round is seeing Yvonne de Carlo actually stabbing a man to death with knitting needles…..not the Munster chick, we have come to know.

I reinforce this basic concept, of….if you happen upon an island with some films that just don’t seem all that “right”, your best to get off and head back to the mainland. 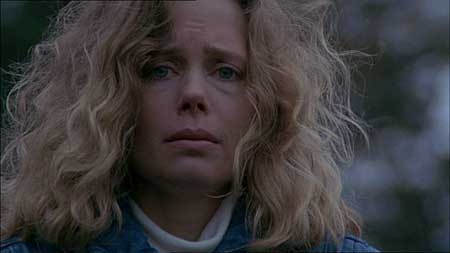 Fact checkers might recognize the set location that resides on Bowen Island, British Columbia, Canada. This is a famous area for many films over the years including “The Fog” remake and the “WickerMan” remake. 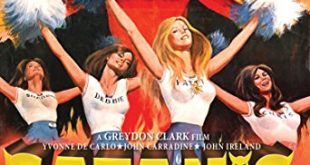