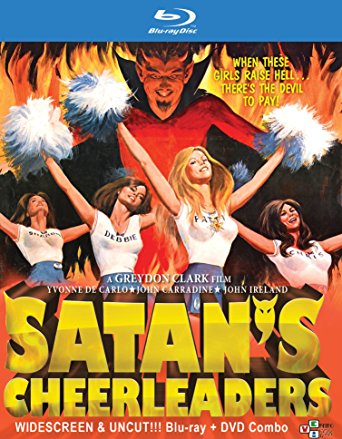 A quartet of cheerleaders set out for the big game, only to be shanghaied by a coven of Satanists.

1-2-3-4, let me hear you stomp the floor… It’s SATAN’S CHEERLEADERS! A title that should send any miscreant’s heart fluttering with visions those pillars of sleazy cinema—Satan and cheerleaders. To its credit, Satan’s Cheerleaders delivers both but does it with all the panache Dominos brings to the art of pizza.

Let’s flashback to the 1970s, a primitive age when there was no Internet, social media or cable television. All young folks had for entertainment were drive-in theaters, condom free birth control and STDs that could be cured with a quick trip to the campus clinic. But the 1970s were also the golden age of cheerleader films. I’m not talking about inspirational films like 2000’s Bring It On; I’m referring to old school raunchy pom-pom shakers that straddled the line between R and X ratings. 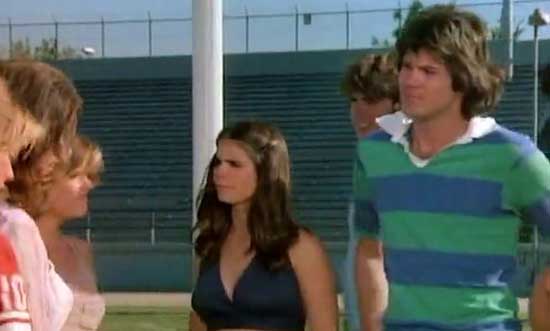 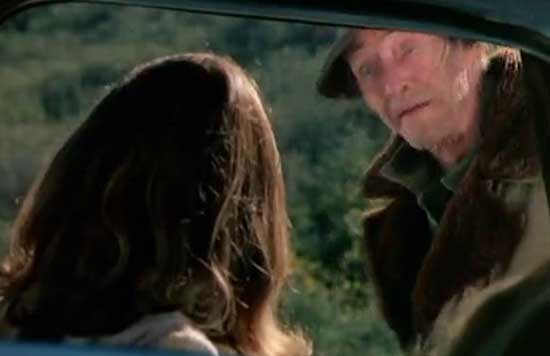 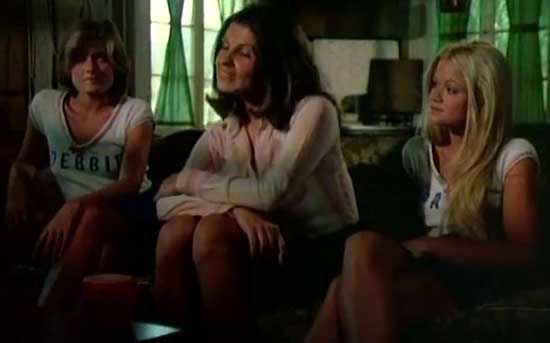 But cheerleaders weren’t the only genre raking it in at the box office. 1973’s The Exorcist had struck gold, inspiring a legion of imitations like Beyond the Door (1974) and The Antichrist (1974). Satan had a long theatrical run, reignited by The Omen (1976), but by 1977 films about cheerleaders and Lucifer were losing their luster. That meant it was time for the inevitable mash-ups. Sometimes mash-ups actually work, like the slam-tastic car-chase-meets-Satanism hybrid Race with the Devil (1975). While others, like William Girdler’s blaxploitation-meets-Satan crossover Abby (1974), were just entertainingly shoddy. 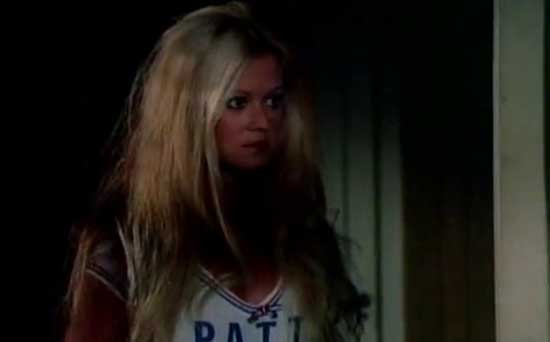 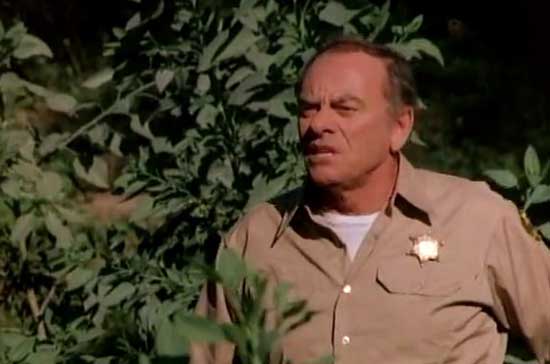 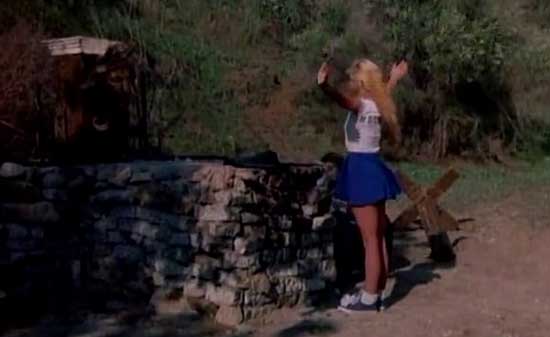 In 1976, actor turned director Greydon Clark (Angels Brigade, 1979) had merged the fading blaxploitation genre with the Warren Beatty hit Shampoo and patronizingly titled it… Black Shampoo. That’s the kind of simplistic branding logic that gave us Soap on a Rope (it’s soap, on a rope) and Elf on the Shelf (a child traumatizing gnome). Being a creature of habit, Clark called his Satan and cheerleaders mash-up Satan’s Cheerleaders.

The titular pep squad consists of one personality kid named Patti (Kerry Sherman) and her interchangeable sidekicks Chris, Debbie and Sharon. As the film opens they’re practicing on the beach under the watchful, but glazed, eyes of Miss Johnson, played by Al Adamson protégé Jacqulin Cole (Satan’s Sadists, 1969; The Female Bunch, 1971). Miss Johnson is supposed to seem naïve but just comes across as over-medicated. A group of rival pom-pom girls try to muscle in on our gals’ beach leading to some name-calling and cat fighting. After protecting their turf the girls head back to school to prepare for the big game.

I’d like to point out that our heroines are all “mean girls”, flinging insults at everyone from janitors to passing strangers and dropping sub Rudy Ray Moore sexual innuendos left and right. In short, they’re not very likeable, but every male in sight lusts after them anyway. 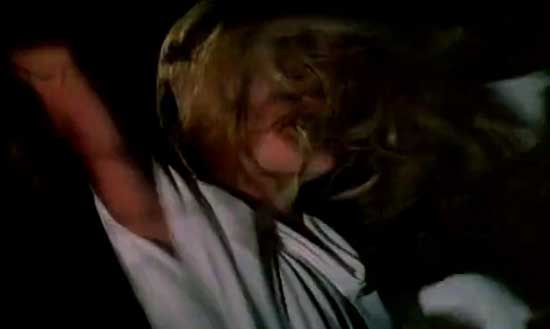 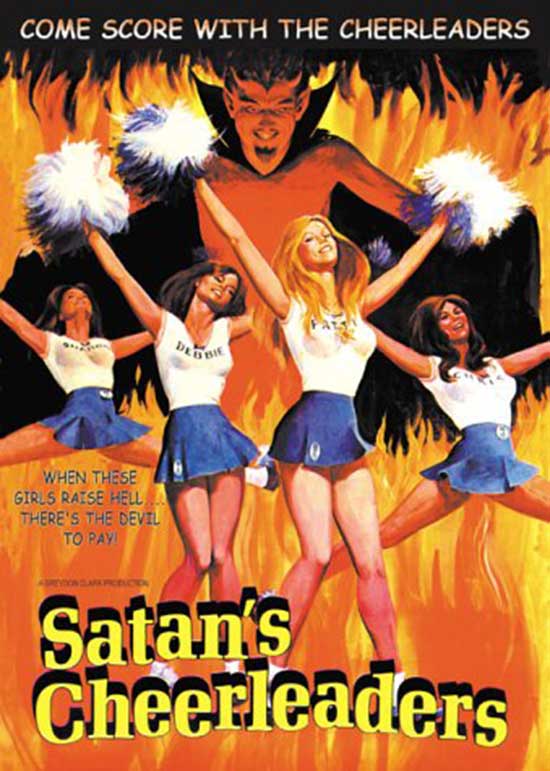 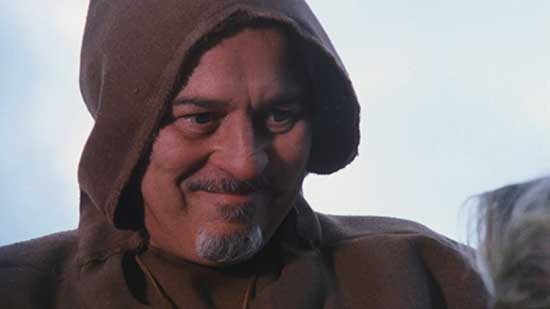 Their most ardent admirer is the school’s janitor Billy (Jack Kruschen), who’s also a covert Satanist with lewd designs on their bodies and souls. With a bit of satanic mumbo jumbo he causes their car to run off the road and then slyly offers them a ride to the big game. But he detours them straight into the clutches of his local satanic cult led by former western star John Ireland and Lilly Munster herself, Yvonne De Carlo. The squad is taken captive and Patti becomes possessed by a demon or Satan—it’s all murky. The late great John Carradine collects a paycheck as a local bum who’s also a Satanist. Yes, it’s a satanic coven consisting of bums and janitors—clearly Lucifer does not dole out financial rewards to his minions!

Satan’s Cheerleaders had potential to be devilishly fun, but its lackluster pacing sucks the wind right out of it. Director Greydon Clark doesn’t bring anything original or outrageous to the table. The film’s first third is devoted to cheerleader frolics that are dull despite all the leaping, bending and showering. Marquee value stars De Carlo and Ireland look embarrassed while John Carradine just looks at cue cards but still delivers the best performance. Kerry Sherman provides most of the de rigueur nudity—to the point where I kind of felt bad for her. She later became a regular on the soap Santa Barbara and gave a nice performance in Walter Hill’s 48 Hours (1982). 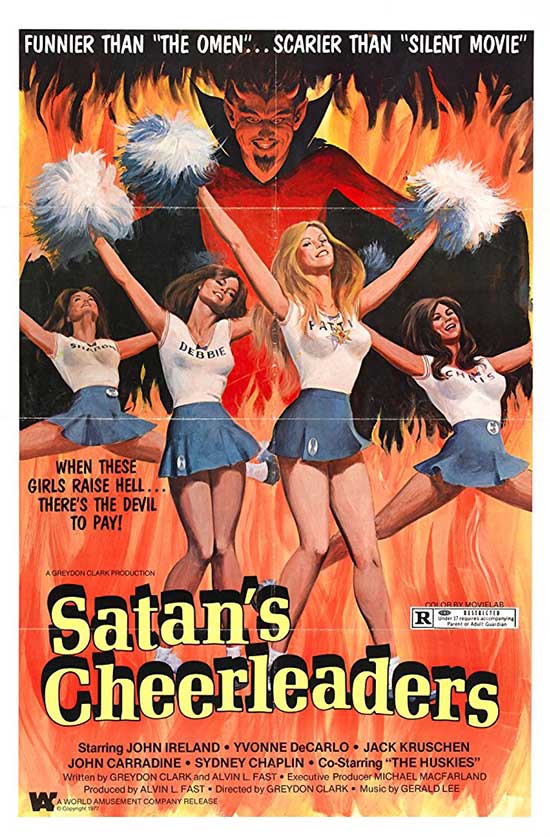 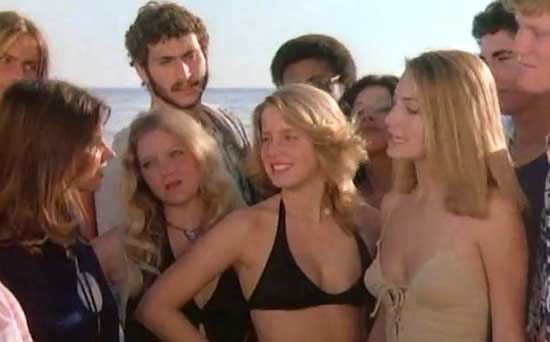 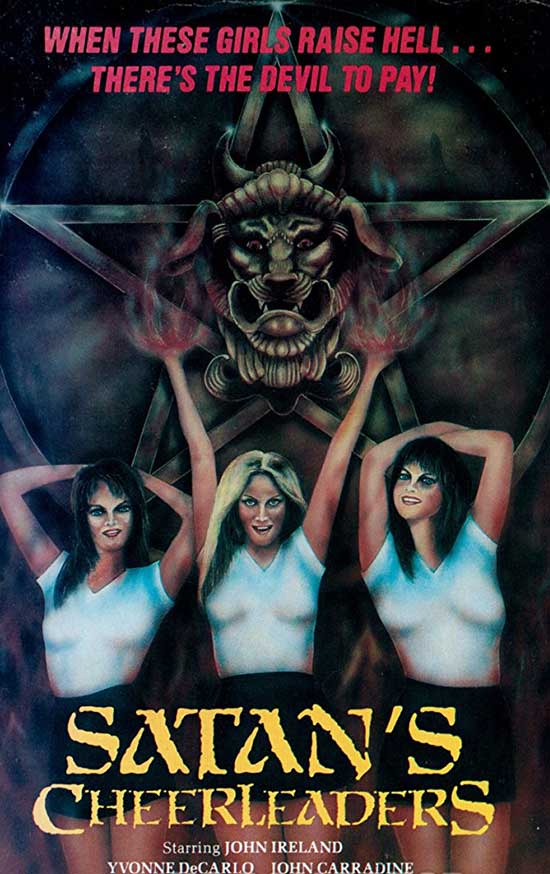 The biggest disappointment is that Greydon Clark just gives up midway, content to let the cast run through the same patch of woods over and over for the final half. That directorial disinterest is why I can’t recommend Satan’s Cheerleaders—if he didn’t care, why should you? If you’re craving trashy cheerleading fantasies you’d be better off with Cheerleaders’ Wild Weekend (1979) which, although dumb as a box of pom-poms, at least tries to bring it on.