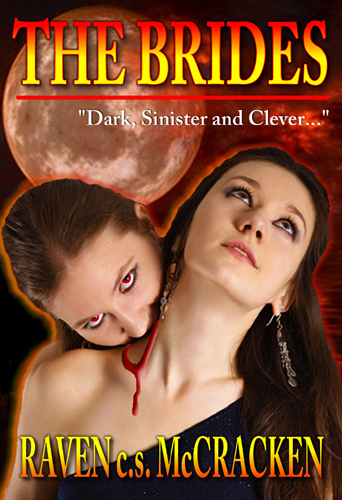 Synopsis:
A dark, sinister, sexy and clever take on the origins of The Brides of Dracula. Think cross between an old school horror book and the TV show Dexter (yes, the one about the serial killer). A new, original twist on the classic vampire tale, set in present-day Las Vegas.

Review:
The thing about the world today is that there are too many damn vampires in it. The undead bloodsuckers are everywhere – on TV, in the movies, in books, wandering around near the Hot Topic at the mall. You can’t swing a dead cat around the countryside without hitting at least six of the stupid things (though if you’re out swinging dead cats around the countryside you have much bigger issues to worry about than vampire infestations). The point is that vampires are everywhere; they are done, done, done to death (undeath?). So to get excited about yet another vampire story is just not gonna happen. Not unless it is a really unique, really interesting, really well written, or just really spectacular overall vampire story.

The Brides is a tidy little novella with a few interesting twists in its vampire mythology, but it doesn’t really rate as that spectacular something I was talking about. The writing is decent and the pace is quick and snappy, but some of the dialogue lacks a natural feel. I’m not a fan of expository dialogue, even if it pops up in the greatest books or movies ever made, so its appearance here immediately made me cringe a bit. Luckily it was only used once or twice so I could get over it.

As I said before, there were some interesting elements to The Brides. The creation of vampires through alchemical means, performed originally by Vlad Tepes III on his bride and her sisters, is a bit of a twist I haven’t seen before. Making the vampire Brides the main characters who go through a succession of “Draculii” – male vampire princes – was also fun. And I even got a kick out of a Stoker (great-grand-whatever of Bram) as the vampire hunter (usually in these new takes on the classic story it is a Helsing that pops up).

But these points weren’t quite enough to save this little book from being rather average. Too many things happened too quickly to really suspend my disbelief. The cops fell into believing in the supernatural a little too easily. The truly depraved dark nature of the new vampire prince exloded out without enough explanation or build-up. And the incredibly quick creation of a vampire/animal hybrid army was kinda silly. I also didn’t understand why the Brides started out seeming so tough and sure of themselves and their powers, and then folded like broken dolls a the first sign of power from their prince. Why did they even need a prince when they could make new vampires on their own; when they obviously had wealth and connections and great survival instincts that they gained basically without the help of some male?

This story would benefit from being a full length book and having the time and pages to fully explain things. Depth can exist in a shorter format, and I think the number one thing this story lacked was depth.

So it wasn’t an exceptional new vampire book. But it was a relatively enjoyable way to pass an hour’s time (and break in my new Kindle). And none of the vampires sparkled, which is always a plus in my book.