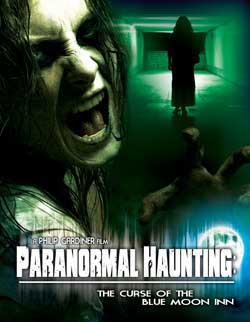 Some people flock to the Blue Moon Inn for a special event (watching the moon turn blue? I guess these people don’t get out much and as a result it doesn’t take a lot to amaze them) that only takes place every 100 years. Once they arrive at the supposedly haunted inn all sorts of bizarre and unexplainable events begin to take place and people start behaving oddly, disappearing, and dying. Is the Blue Moon Inn really haunted or is there something else far more sinister going on here?

With a name like “Paranormal Haunting” you would expect the movie to be about (take your pick or combine some of them) ghosts/poltergeists/evil spirits/demons haunting some place and terrorizing the hell out of people, right? I thought so too, but that isn’t what you get in this case. Instead you get an odd (and not in a good way) jumbled mess of a film that really has absolutely nothing to do with the paranormal world. I guess that the filmmakers thought that they could cash in on the popularity of the “Paranormal Activity” movies (which I am not into, to be honest) by slapping the word “Paranormal” in the title and tricking people into checking it out. 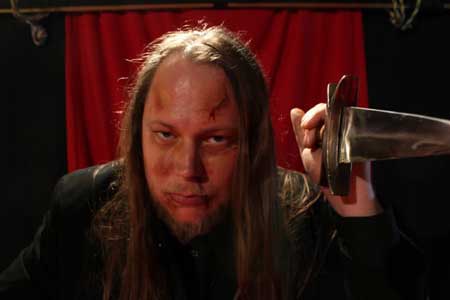 There are many problems with this movie that if I took the time to list them all I would be sitting here typing this review for a couple of days. First off, the movie is just all over the place and it is very hard to follow what exactly is going on. I know that the creepy old innkeeper of the place is evil and is involved in witchcraft but to be honest that is about it. I was confused for about 99% of the time that I was watching it and other than a chair falling over and a man getting knocked down by an unseen force there were really no other incidents of a supernatural presence doing anything. The Blue Moon Inn is supposed to be the site of some unspeakable evil, but if you ask me if is the just the site of unspeakable boredom. 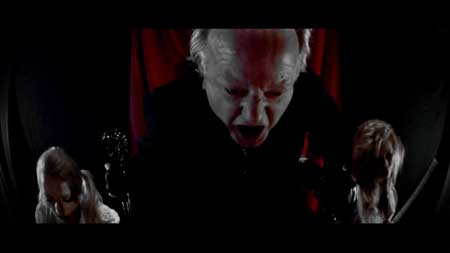 In addition to being confusing it is also just mind-numbingly boring. Seriously, this was probably one of the most boring (if not THE most boring) movies I have watched this year and it takes forever for anything remotely interesting to happen. Hell, even when something finally does happen I was so bored and the action that was taking place was so uneventful that I had trouble even caring. I read somewhere online where someone said that this film was like a classic Hammer Studio horror film but I have to disagree. Hammer films were interesting and entertaining, and I think that the late, great Peter Cushing would be insulted if he knew someone had compared this film to any of the films that he worked on back during Hammer’s heyday. 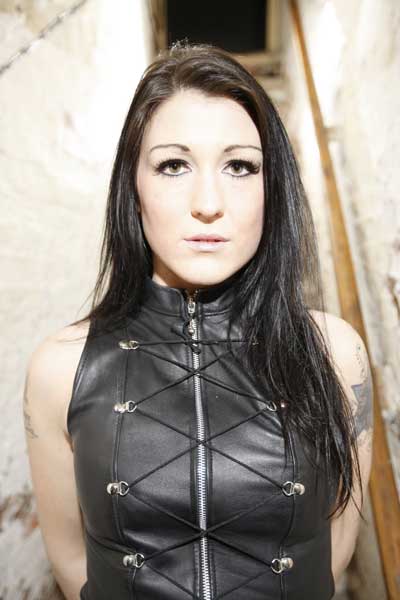 Did I mention that there are visual and sound problems too? It is so dark you can’t see what is going on half the time and not since “Alien VS Predator II” can I remember having so much trouble seeing what was happening. Really guys, did you not have it in your budget for the proper lighting needed to light the scenes you were shooting? It was also very difficult to hear what was being said for most of the movie as well. The dialogue was all muffled and hard to make out and I think that they only had a boom for a handful of scenes. I think that one of the main reasons I was so confused as to what was going on was based partly on the fact that I couldn’t hear or see what was taking place for the majority of the movie, so it may not have been the screenwriter’s fault that the movie made little to no sense. 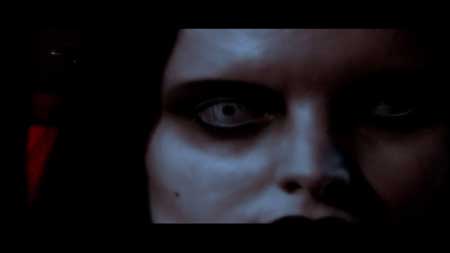 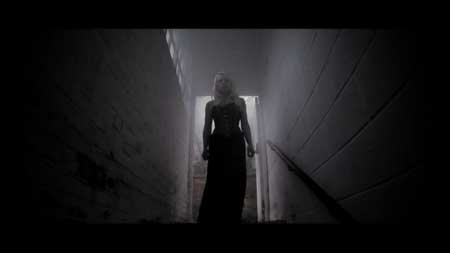 I hate to say that a movie is a waste of time, but I think that is exactly how I felt about “Paranormal Haunting: The Curse of the Blue Moon Inn.” Other than the fact that most of the women in the film were easy on the eyes (and there was plenty of female nudity that you could kind of see in a few scenes) there is nothing really positive that I can say about this movie. I think that it is a cheap trick to have the word “Paranormal” in the title to sucker those who don’t know any better into watching it because they think that it is going to be filled with scene after scene of creepy, ghostly shenanigans. Believe me when I say to skip it, and if you want to see a good movie that actually deals with a supernatural being scaring the sh*t out of people then watch “Paranormal Entity” instead.

Paranormal Haunting: The Curse of the Blue Moon Inn (2011)