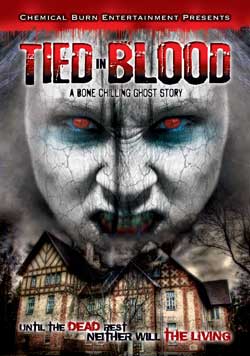 George, convinced a ghost killed his family, hires Robert, a talented Medium frustrated by his job. As the dead return to tell of ghostly seduction, demonic rage, and brutal murder, Robert discovers a horror more real than any ghost story.

I love a good ghost story. It’s one of my favorite subgenres of horror. And usually they fall into one of two broad categories. Either the haunting spirit wants to make peace with the past and move on, or it just wants to remain and try to wreck as much havoc as it can. 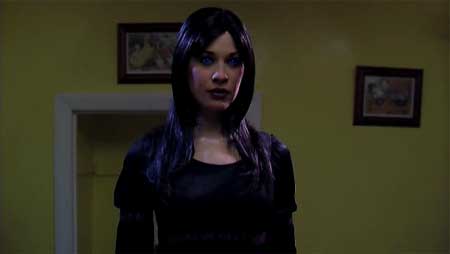 Both can be entertaining in their own right even though they are at opposite ends of the spectrum. And obviously they each produce very different kinds of film. I love the Paranormal Activity series and am anxiously awaiting the next one in October. Those are obviously an example of the latter form.

But what about the former? These can be slower, more character driven movies that build slowly to what hopefully is a satisfying end. Tied In Blood falls into this category and I enjoyed watching it. People have died in a house and slowly but surely we find out the reason why. 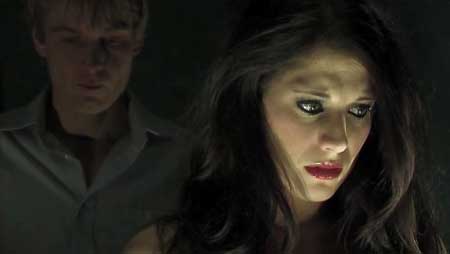 The movie opens with George Morris returning to his home and the family that he walked out on. What he finds are dead bodies and many questions that need answered. What happened? He believes the house to be haunted and is certain that the ghost caused the death of his family.

He calls on the services of Robert Brandon, a local medium working for a psychic company that seems much more interested in whether or not their clients can afford the high fees than in bringing any type of closure for the grieving relatives desperately trying to contact their loved ones.

He’s frustrated because he is really the only guy at the place that can truly contact and speak to the dead. And even though his boss advises against helping George Morris out, after all he can only pay half of the normal cost, Robert feels that he can do some good. 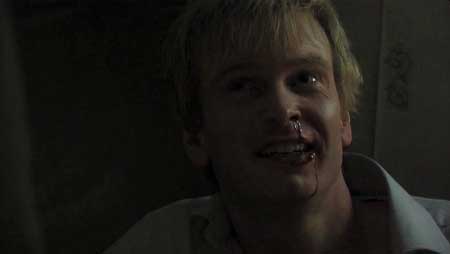 Besides, George’s problem is quite serious. He needs an exorcist, or so he claims. Robert tells him that he can’t exorcise any spirit, but that perhaps he can help them to move on. And when he arrives and starts the process, he quickly realizes that there is much more to the story.

Tied In Blood is a well done film. As discussed above this falls into the solving the past so the spirit can move on category so the pacing can be slower. I used the word can be because in this case I felt the movie moved along rather quickly. The backstory was revealed in a way that different perspectives were needed to flesh out just what the heck happened while George was away.

Director Matthew Lawrence does a good job not only with the pacing but with the overall atmosphere. This is one of those movies that almost feels like a play. The sets are simple and the action minimal. The blood is restrained and the dialogue everything. 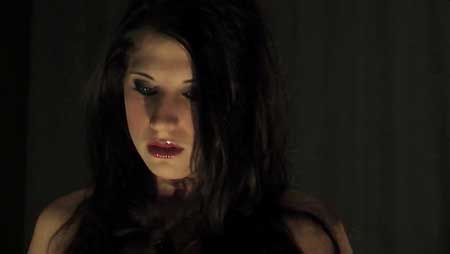 Which for a movie like this the burden falls squarely on the actors. If they aren’t any good then you’re going to be in for a long, long viewing experience. Thankfully everyone does a great job. Paul McEwan has it the easiest if only because he mostly just asks the questions. But he does so in such a way that you want to know as much as he does what secrets lie beneath the truth.

Kudos also goes to Laura O’Donoughue who plays Tamsin Morris, the daughter who feels the brunt of her father’s abandonment and wants nothing more than to protect her younger brother from the harsh realities of the world. 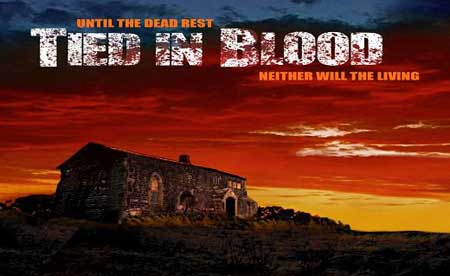 Overall I would have to say rent Tied In Blood if you like your ghost stories with a little bit of mystery. In all honesty, I kind of had a good idea as to where the film was headed as far as the ending but there were a few surprises left, not to mention I liked how it all wrapped up. Besides, it doesn’t matter if you guess the end or not, it’s just cool watching it play out to its conclusion.