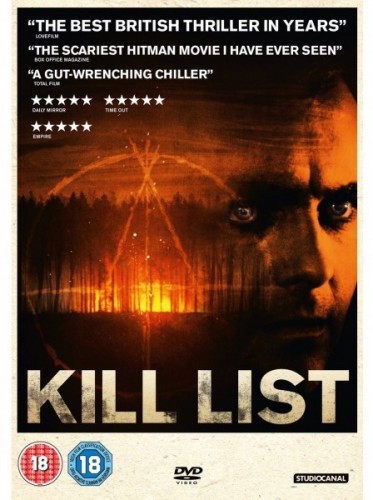 Eight months after a disastrous job in Kiev left him physically and mentally scarred, ex-soldier turned contract killer, Jay (NEIL MASKELL: RISE OF THE FOOTSOLDIER), is pressured by his partner, Gal (MICHAEL SMILEY: DOWN TERRACE), and wife Shel (MYANNA BURING: THE DESCENT), into taking a new assignment. As they descend into the dark and disturbing world of the contract, Jay beings to unravel once again – his fear and paranoia sending him deep into the heart of darkness

I can’t imagine hybrid genre films are easy for directors to make. I commend the ambition and intent behind the melding of varied genres, but the risk of veering off course can run all too high. The filmmakers may not have a grasp on how to balance the assorted elements properly, accidentally creating several movies in one. Ben Wheatley’s Kill List does not fall victim to this dillemma. The naturalistic tone of Ken Loach’s films, the stark violence of Quentin Tarantino’s work, and a Wicker Man-inspired climax are brought together in this twisted thriller depicting one man’s descent into inner darkness. 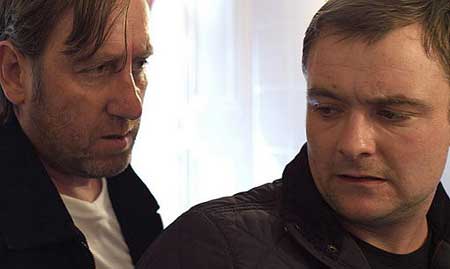 Jay (Neil Maskell) and his wife Shel (MyAnna Buring) find themselves fighting often due to lack of money and Jay’s months-long unemployment. When getting together with friends Gal (Michael Smiley) and Fiona (Emma Fryer), Jay is offered the chance to resume his old job with Gal. The two worked as hitmen until botching a mission in Kiev. Although Jay has been mentally scarred by his experience in Kiev, he agrees to the job so he can provide for his family. The mild-mannered father of two soon finds himself executing his tasks with such gleeful viciousness that Gal finds himself worrying about Jay’s ability to properly complete their assignment together. 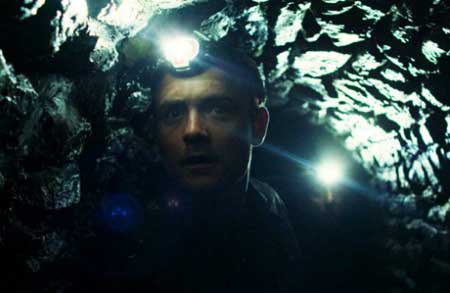 Wheatley and cinematographer Laurie Rose give the film a cinema vérité feel. Close-up shots are used often to stress tension (Jay’s arguments with Shel, for instance) or to evoke an intimate feel (the dinner party with Gal and Fiona). Long shots illustrate certain characters’ loneliness or anguish. Silence mostly accompanies Jay and Gal’s proceedings, although key moments are set to the hushed choruses and shrill strings found in Jim Williams’ music score. I felt the music was an effective way to disturb the viewer as it’s never used frivolously. Wheatley presents everything in a no-nonsense fashion. You won’t find any over-the-top flourishes or forced attempts at humor here. 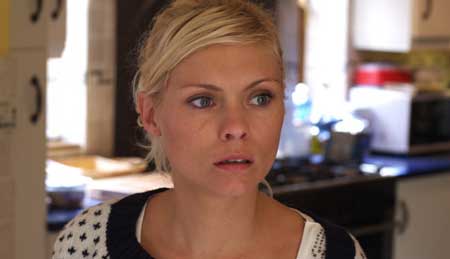 I felt the transition from one genre to the next was handled smartly. We become acquainted with Jay and his family, never knowing of his criminal past until Gal offers him the assignment. This works better than an abrupt plunge into violence and mayhem. Some may balk at the Satanic cult featured at the end, but anyone paying attention would have recognized hints of a darker force at work. If I had any problems with that part of the movie, it was mostly due to an absence of answers. It’s difficult to figure out why the cult was obsessed with pursuing Jay. Still, the final half is an intense excursion into terror that will have you wondering how it will end. 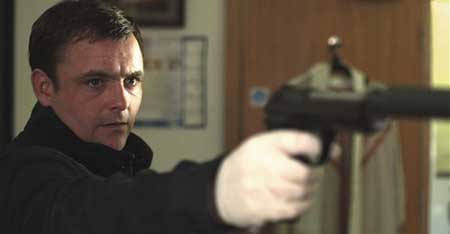 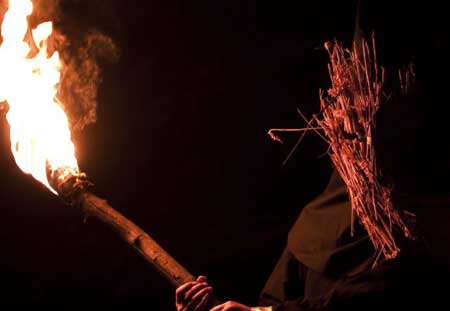 Whether you’ll like Kill List or not depends on your level of patience and on how badly you need answers. Where others may find it slow and pointless, I felt it was a captivating and distinct film that evades many of the horror movie clichés. An unclear resolution did puzzle me, but the preceding 90 minutes or so had me intrigued. Definitely watch Kill List if you want horror that offers more than the usual slash-n-hack fare.