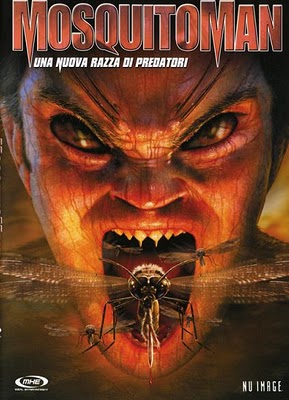 Alrighty, originally titled “Mansquito“, this scifi-meets-horror ditty found a home under the final title of “Mosquito Man”. Though you “know” your dying to put on your absurd hat and give it a whirl. Like most of these type of films, much begins with a laboratory and a basic problem waiting to be solved. In this case, a fatal infection has been making its rounds of which local science company “Bellion” is head deep into trying to find a cure. Headed under the research by Dr. Jennifer ‘Jen’ Allen, Bellion is intent on finding a cure by doing DNA testing with mosquitos and radioactivity. The focus seems to be on a mosquito excretion called “guinin”. Hey didn’t Spiderman start this way? 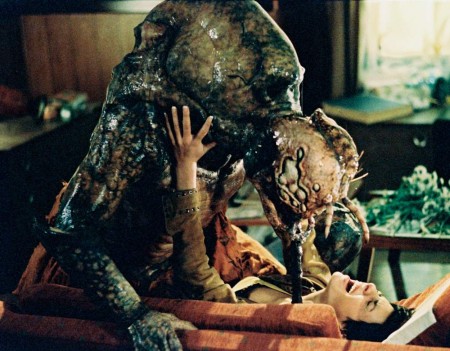 Regardless we know from experience that bugs and radioactivity means trouble in the event of a mishap. Well in comes Erikson, a multiple murder convict who has agreed to lend his body to science. The intent here is that he has agreed to undergo testing by the lab, as they find a cure. Things are not quite simple as one would think, as Ray manages to escape killing off many guards along the way. He almost gets away with it but runs into the radiative portion of the lab which explodes and saturates his body with mosquito gunk. Blue radioactive mosquito gunk to be exact. And yep, you guessed it, Ray turns into a hulking mosquito monster intent on drinking blood and mating.

Now from the explosion, Jennifer also gets a bit of the blue on herself as well which begins a longer term transformation. Police lieutenant detective Thomas ‘Thom’ Randall is boyfriend to Jennifer and the lead on the case. 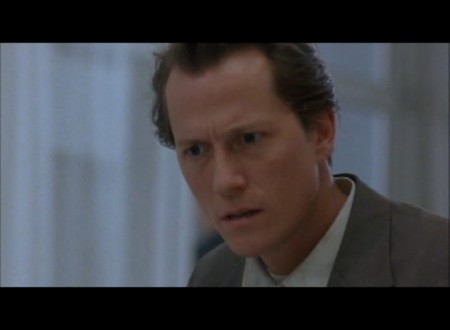 As things progress, Ray turns into a monster and Jennifer begins to notice smaller changes within herself. The Mosquito Man FX are actually quite decent in the vein that you might compare easily to to “The Fly”. Though the whole production still has a bit of that SYFY channel aura to it making it part cheesy in it’s presentation. The monster seems to be “somewhat” invincible which is a good reason to raise a few eyebrows, but of course every movie monster has a weakness and a way to die.

As Jennifer begins to progress herself, she also starts to take a liking to blood and some mosquito qualities.

A film like this is intended to be horrific but also one to have fun with. The creature, though bug looking, is also a bit absurd as he scurries around in the shadows looking for a mosquito lover. I suppose it’s probably as good as a mosquito man is going to get, so at least you’ll get what you came for. 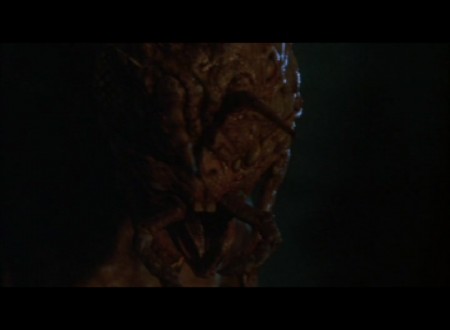 Highlight for me? Musetta Vander is one sweet little hottie that surely ups the bar in eye candy. She also brings a decent amount of professionalism to the role as a seasoned actress herself. For horror fans, the monster does a bit of bloody damage along the way using its mosquito arm to chop a few heads. The later inclusion of wings makes sense, but also makes you want to reference Saturday morning TV a  bit. It’s probably worth noting that actress Christa Campbell, a scream queen herself, makes a smaller appearance in the film. Much of the hero of the moment though goes to Corin Nemec who does a pretty decent job at character Lt. Thomas Randall. What more can you say…it’s a monster movie, and sometimes that’s all you really need. I’ve often wondered how these sort of films find their way to production. I mean really at some point, someone had to say…”what we need is a monster mosquito movie”. Because there isn’t nothing on the market like it. I’m ok with that, but maybe next time you see this film sitting on the shelf waiting to be rented and embraced, say to yourself….tonight I’m really in the mood for a bug movie! What more can you say? 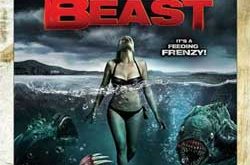 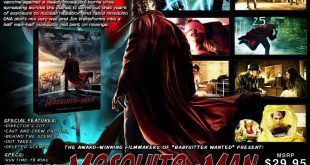 Mosquito-Man Arriving On DVD In January 2016