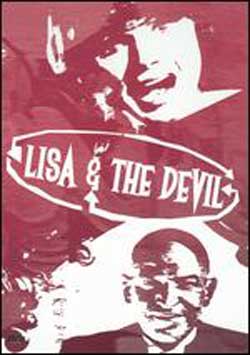 Lisa is a tourist in an ancient city. When she gets lost, she finds an old mansion in which to shelter. Soon she is sucked into a vortex of deception, debauchery and evil presided over by housekeeper Leandre

AAh, the 70’s. It often brings out films that invoke special qualities in themselves. Not always the most engaging or active but wildly bizarre in their own skin. This little ditty features the talents of Telly Savalas, and Elke Sommer. Of course Savalas is seen sucking on his trademark lollipop thru most of the movie.

While this movie can be somewhat lethargic to sit thru it has its sense of charm as well. So while I’ll admit that I had to stop and start this film about 3 times (due to it being late and my concentration waning), I still had this need to see it thru. 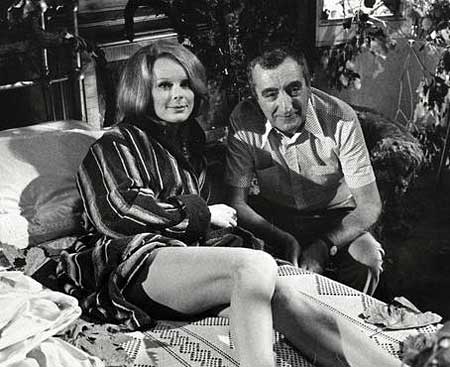 One of the weird factors that starts almost from the first scene, is the site of Leandro purchasing a wax dummy and then carrying it thru the city while mumbling to it. This wax figure reappears several times in the beginning as Leandro continues to carry it around like a lost puppy dog. Though we learn later that the wax dummies “do” have a purpose within the plotline. 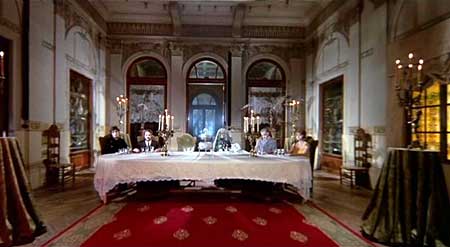 Elke Sommer plays Lisa Reiner a tourist who just so happens upon an old mansion when she accepts a ride from strangers. The car breaks down and Lisa is offered a night to stay at this luxuriously mammoth estate. 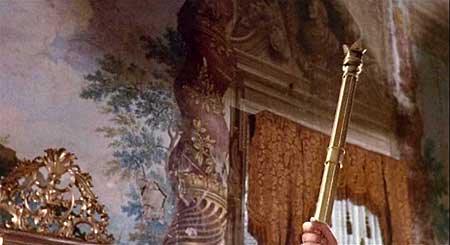 We find out pretty early that Lisa has some history with this mansion as perhaps an older soul that was lost and has returned. Though the connection is not clear, her image is remarkably an exact match to an earlier lady who lived there named Helena. The house is owned by a blind countess played by actress Alida Valli and is shared with her son Max (Alessio Orano) who has a unrelenting fascination with Lisa and some prior connection they shared. Max though seems to be in a almost theatrical-play-like state thru most of the film which gets to be annoying with his passive-aggressive overacting. I was never quite sure what to make of him as his inclusion seemed almost isolated at times from the rest of the story. 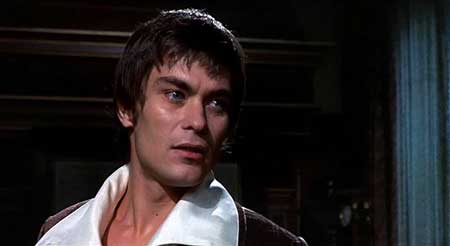 “Lisa and the Devil” seems to progressively move into a nightmare-like 3rd act which is not clear at times. Though per the title and the synopsis that comes with this it doesn’t take too much to suspect that the butler Leandro (Telly Savalas) is the devil. We also begin the story with a mural that Lisa comes across sporting Savalas injected into a historical devil painting. The film has its issues that arise within the storyline. At some point we are not really sure on the crossover between reality and surreality. The movie is kept rich and lavish with some decent kills in between, though I personally didn’t get the connection with wax dummies and how it all ascended into Lisa’s own hell. My take was that as Leandro is this form of devil, he also has a certain playful nature that includes the dysfunction and death of the people around him. Almost like a small boy playing with marbles. His devil persona though is far from sinister and actually seems more in line with the job of being an actual butler. 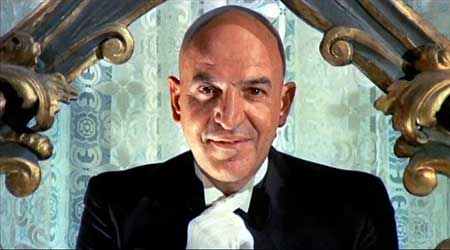 One highlight in this movie contains a moment where a cheating wife continually rolls over her husbands head while she drives back and forth over it. Other murder scenes are usually kept in the old tradition of a shot containing a descending murder instrument followed by edits into the moment of impact. It’s pretty representative though of this style of filmmaking, so I wasn’t surprised. 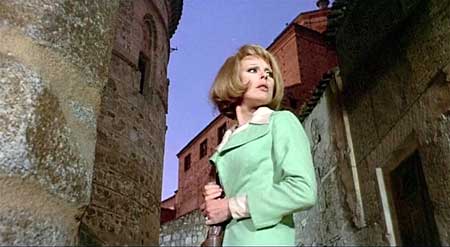 Lisa and the Devil has been noted as being one of director Mario Bava’s favorite, though it is strangely fragmented at times and unclear. I think my biggest distraction was that the sound levels would elevate extremely loud during screams and such but stay relatively quiet thru the dialog scenes. This made it somewhat distracting having to keep the control nearby for blowouts. As I researched the title a bit I discovered it was originally released under the title “House of Exorcism”. It initially had some distributor issues but was later released in the US. The film has been praised by Bava fans who call it a form of surrealist horror. The release under the title of “House of Exorcism” received some issues in translation opting many of the “Lisa and the Devil” version. In all “Lisa and the Devil” is not really a favorite of mine but does hold a peculiar inclusion into filmmaking that feels right at home in its 1972 shoes. 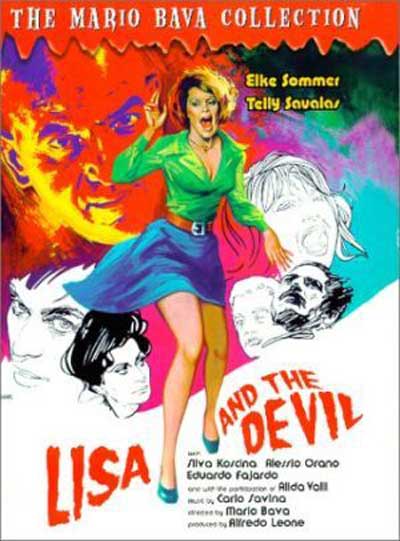 Lisa and the Devil is available on DVD from CheezyFlicks