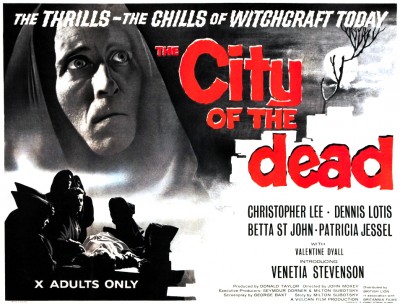 SYNOPSIS:
“On 3 March 1692, in Whitewood, Massachusetts, the witch Elizabeth Selwyn is sentenced to be burned at the stake, and her partner Jethrow Keane asks Lúcifer to save her. About three hundred years later, the college student Nan Barlow decides to spend her vacation in the town to research witchcraft. Her professor Alan Driscoll suggests Nan to lodge in the Ravens Inn, managed by Mrs. Newless. Once in the village, the naive Nan is advised by the local priest, Reverend Russell, to immediately leave the place, where devil has ruled over for three hundred years, but she decides to stay and find that she is in a coven of evil witches. Nan vanishes, and the granddaughter of Reverend Russell, Patricia Russell, pays a visit to Nan’s skeptical brother, Richard Barlow, and her boyfriend Bill Maitland, and they decide to follow her steps. Once in New England, they realize that a group of immortal witches have to sacrifice two beautiful women per year, one on Candleman Eve on February 1st, and the other on the Witch Sabbath, to stay alive forever, and only the shadow of a cross would be able to destroy them.” (courtesy IMDB)

REVIEW:
This week’s trouser-filler is the British tourist trap known as Horror Hotel (1960) starring two of the tallest baritones I’ve ever met, Christopher Lee and Valentine Dyall. Horror Hotel was made at Shepperton Studios which, more than a decade later, would squeeze out the cult classic The Wicker Man (1973) which also starred Mr. Lee in a somewhat similar baritone. Although made in England, the story is set in the USA, and you can sometimes hear the actors slip in and out of their accents. It’s easy to make fun of its clichés, but the truth is Horror Hotel created many clichés that were later done to death and, at its best, contains some genuinely creepy scenes and a plot twist or two. 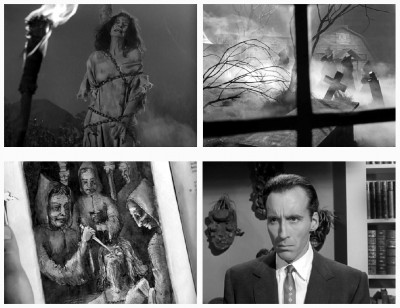 But I should warn all you practicing witches out there, I don’t think you’re going to be terribly happy with this week’s movie, mostly because it depicts all of you as evil devil-worshipers. You’re probably getting used to this by now, and if it really annoyed you, surely you would have done something about it. That’s not a suggestion, by the way. But if you can take a joke and your Wiccan sensibilities are not easily offended, be prepared for one of Britain’s very best films of the sixties. Before The Wicker Man, before Hot Fuzz (2007), before that lame remake of The Wicker Man (2006) starring Nicolas Cage, and before The Wicker Tree (2010), there will always be…Horror Hotel! 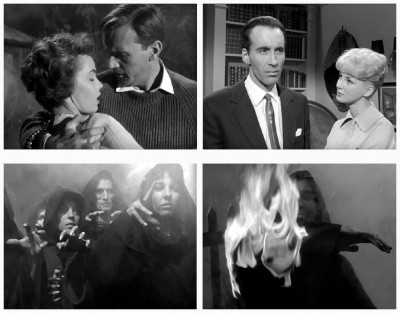 Horror Hotel was known under the more atmospheric title City Of The Dead in its native England, but the USA changed its title to avoid confusion with Detroit and also removed two minutes of footage. Still, any excuse to discuss this excellent exercise in atmosphere is good enough for me. It may not be a masterpiece, but it’s definitely worth discovering. Horror Hotel has been compared to Alfred Hitchcock’s Psycho (1960) due to some structural similarities. Both films begin by establishing an attractive young blonde as the main character, leading the audience to assume that she’ll be the protagonist for the remainder of the story. In both films, the blonde travels to a isolated location and checks into a motel run by an eccentric manager – which is essential for any exciting holiday – and both films were made the same year.

This was the very first horror film from the team of Milton Subotsky and Max Rosenberg. Later, the duo would form Amicus and produce many ‘Deadly Homes And Garden’ titles including Doctor Terror’s House Of Horrors (1965), Torture Garden (1967), The House That Dripped Blood (1971) and The Shrubbery Of Fear, which was quickly buried. The director, John Llewellyn Moxey, went on to direct Kolchak The Night Stalker (1973). Written by Richard Matheson and produced by Dan Curtis, The Night Stalker became the most-watched made-for-TV movie, until Elvis The Movie (1979) starring Kurt Russell directed by my old friend John Carpenter. 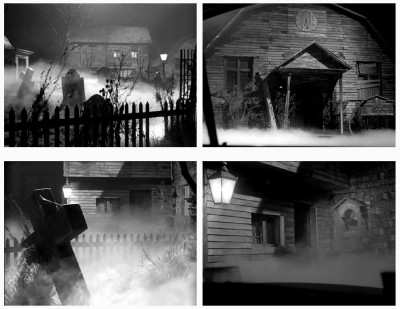 I’ve decided not to talk about Christopher Lee as we’ve had a bit of a falling-out since the Guinness Book Of World Records credited him with the most film roles ever, when both he and I know full well that John Carradine has at least a hundred more. What a complete Dooku! So I’ll talk about the rest of the cast instead. Nan Barlow is played by Venetia Stevenson, who was born with a celluloid spoon in her mouth, being the daughter of director Robert Stevenson and actress Anna Lee. Born in England, she moved to Hollywood immediately when her father signed as a director for David Selznick. In 1956, at age seventeen she married and divorced diminutive dancer Russ Tamblyn, then in 1962 married Don Everly of the Everly Brothers and retired from acting, after only eight minor movies and about as many television appearances. Thank you, Don Everly! 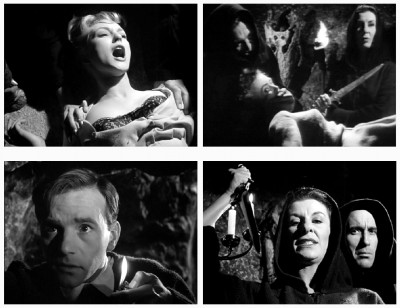 Betta St. John, who plays Patricia Russell, made her film debut when she was only ten years old in Destry Rides Again (1939) followed by Jane Eyre (1940) – I’m not calling a horse race, those are two different films. She then went to work in the Rodgers and Hammerstein sweatshop, starring on stage in Carousel and South Pacific, after which she appeared in The Robe (1953), Dream Wife (1953), All The Brothers Were Valiant (1953), The Law Versus Billy The Kid (1954), The Student Prince (1954), and a couple of Tarzan films. This week’s epic, Horror Hotel, was the final straw that broke the camel’s back, and drove poor Miss St. John into retirement.

The actor I really want to talk about is Valentine Dyall, known for many years as The Man In Black, the narrator of the BBC Radio horror series Appointment With Fear. He was such a good actor that no-one ever noticed he was actually wearing tweed. Around the same time he made guest appearances in The Goon Show sending himself up as The Man In Grey due to a mix-up at the dry cleaners. Later he could be seen as the sinister caretaker of Hill House in the Robert Wise film The Haunting (1963), and heard in the radio, album, television, semaphore and wax roll versions of The Hitchhiker’s Guide To The Galaxy. He also had the opportunity to put words into Woody Allen’s mouth in the chaotic mess known as Casino Royale (1967), but he spent his last years wearing a dead crow on his head as The Black Guardian in many Doctor Who stories, including The Armageddon Factor, Mawdryn Undead, Terminus and Enlightenment, not to mention the Blake’s Seven episode City At The Edge Of The World. Oh dear, I just mentioned Blake’s Seven, didn’t I? I’d better get back to Horror Hotel before Terry Nation sues me. 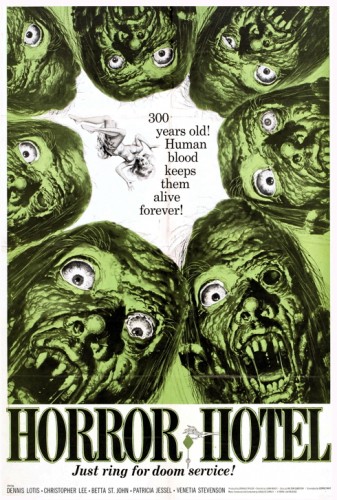 Horror Hotel has one of the most terrifying yet upbeat endings I’ve ever seen – it almost single-handedly erases any reservations one has about the rest of the movie. I’m not alone in my praise of Horror Hotel either, which has also been referred to by Iron Maiden, King Diamond, The Misfits and my old friend Rob Zombie. Seeing Mrs. Newless in her decomposed state always reminds me of one of my most memorable film appearances, as Norman Bate’s mum hidden in the fruit cellar in Psycho (1960). Speaking of Mrs. Newless, the names ‘Selwyn’ and ‘Newless’ are not really anagrams, but they are the phonetic equivalent of palindromes – that is, ‘Selwyn’ pronounced backwards sounds like ‘Newless’, a clue that Mrs. Newless who runs the hotel is indeed the same person as the witch Elizabeth Selwyn – clever buggers. Since I’ve discussed such intellectually stimulating cinema this evening, I’m convinced you will show your gratitude by tuning in again next week when I treat you to another huge slice of Public Domain pizza with extra clichés and a very cheesy crust for…Horror News! Toodles!