Horror director Greg Mclean (Wolf Creek & Rogue) has released a detailed insight into the creation of his new comic book series: Dark Axis – Rise of the Overmen. Dark Axis, is the first title from Mclean’s new publishing venture Diezel Punk, and is a four part comic series described as a mash up of “Saving Private Ryan meets Evil Dead.” Diezel Punk is an Australian based comics and graphic novel publishing company that is focused on putting exciting local talent onto the global scene, as well as working with established artists, writers and creators from around the world. In the behind the scenes, Mclean and Dark Axis artist, Xavier Irvine, discuss the origins of the Dark Axis project, the creatures that populate the story and other intriguing facts regarding the comic books creation. The video showcases numerous pieces of concept artwork and exclusive pages from upcoming issues. Mclean also reveals that the Dark Axis project was initially developed as a feature film.

This video is a follow up to a live action promotional trailer ‘Projekt Lazarus’ which was released in August. Dark Axis issue one is now available in all good comic stores and to order online.

Issue 2 will be released in early December, online orders are now available.

If you’d like to book an interview with Greg or request other information regarding Dark Axis and Diezel Punk please contact Cameron – camoliver@emucreekpictures.com

Dark Axis: Rise of the Overmen #1
(W) Chris Wheeler, Greg Mclean, Jason M. Burns (A) Xavier Irvine, Luis Guerrer
An Alternate World War II history as you’ve never seen it before! A battle-hardened veteran, Sgt. Bryce, is given a cushy mission to scout a mountain valley. Only problem is, he’s given a squad of useless recruits for the job. After finding a treasure map on a dead SS deserter, Bryce leads his squad to a hidden German facility, full of incredible machines and advanced technology. It appears completely deserted, but when one of his squad vanishes, ripped apart by ‘something lurking in the shadows, Bryce realizes too late – they’re not alone! 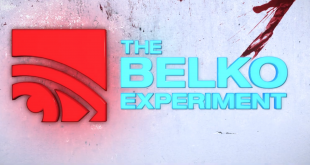 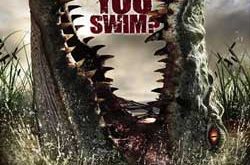