In a twisted social experiment, 80 Americans are locked in their high-rise corporate office in Bogotá, Colombia and ordered by an unknown voice coming from the company’s intercom system to participate in a deadly game of kill or be killed. 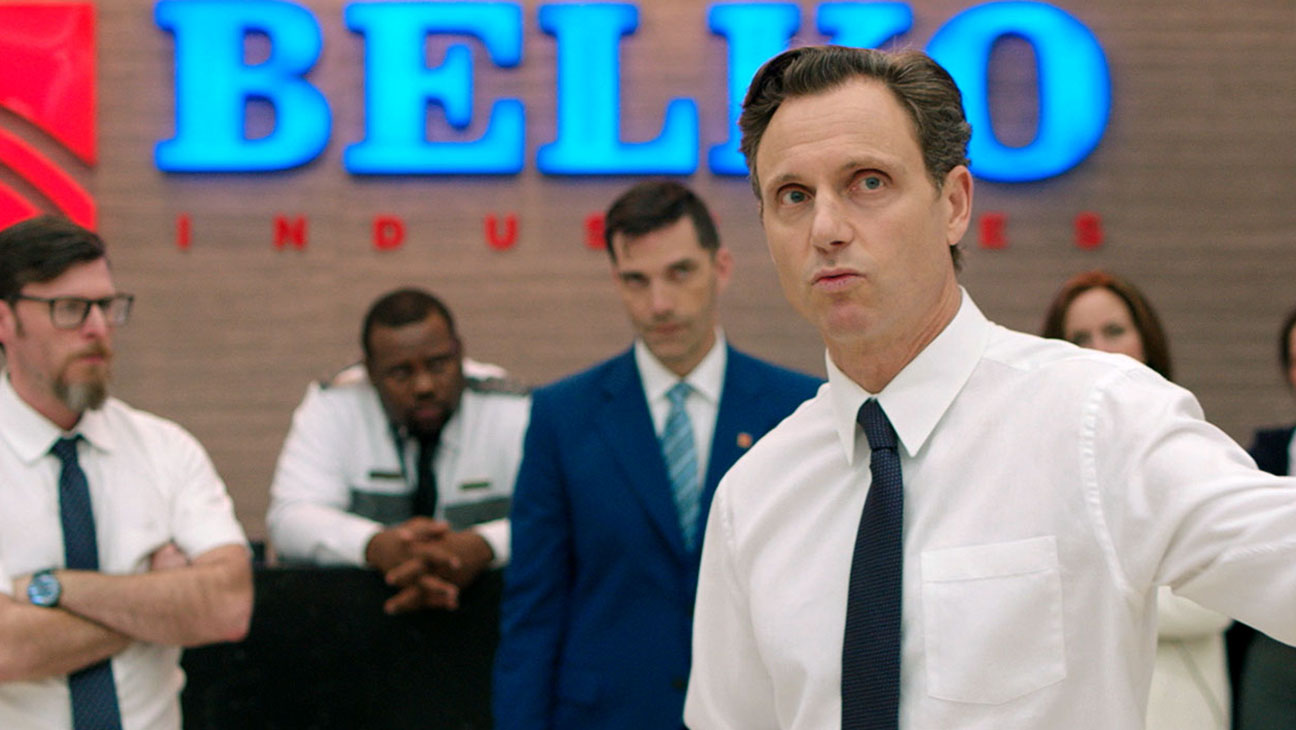 In Bogota, Colombia, 80 employees of Belko Industries arrive to begin their work day. Everyone seems to know, and genuinely like, everyone else. But as their day begins, a few employees notice that some of the Colombian nationals that work there are being sent home by a mysterious group of armed guards that no one is familiar with. Once everyone is inside the building, the guards retreat to a old, unused hangar that just happens to be on the property. Then, a voice comes over the PA system, and that voice has one simple demand – 30 employees must be killed immediately, or 60 will die. Of course, it’s looked at as a joke by all the employees at first. But then four people die when their heads explode! You see, one of the demands Belko makes to all of its employees, is that a “Tracking Device” has to be implanted into the back of their necks. They call it a “Safety Precaution” since kidnappings are fairly commonplace in Colombia. They’re told that if they’re kidnapped, authorities can track/rescue them quickly thanks to the signal from the implant. But in actuality, the implant harbors a tiny explosive pellet. One strong enough to blow your head off. 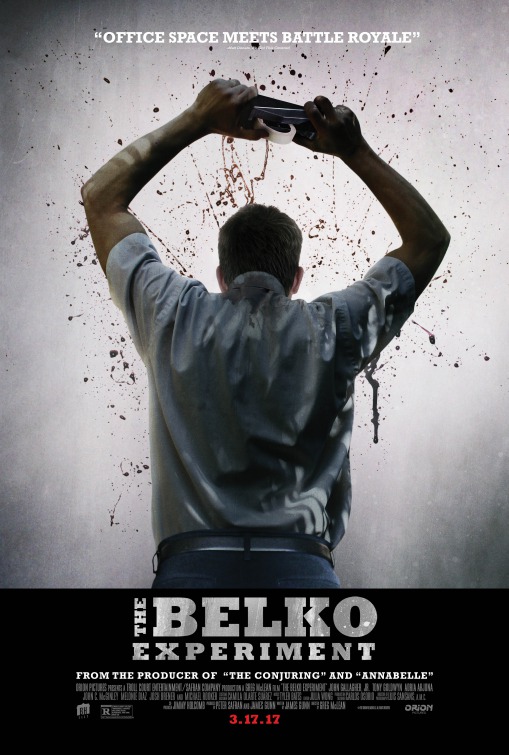 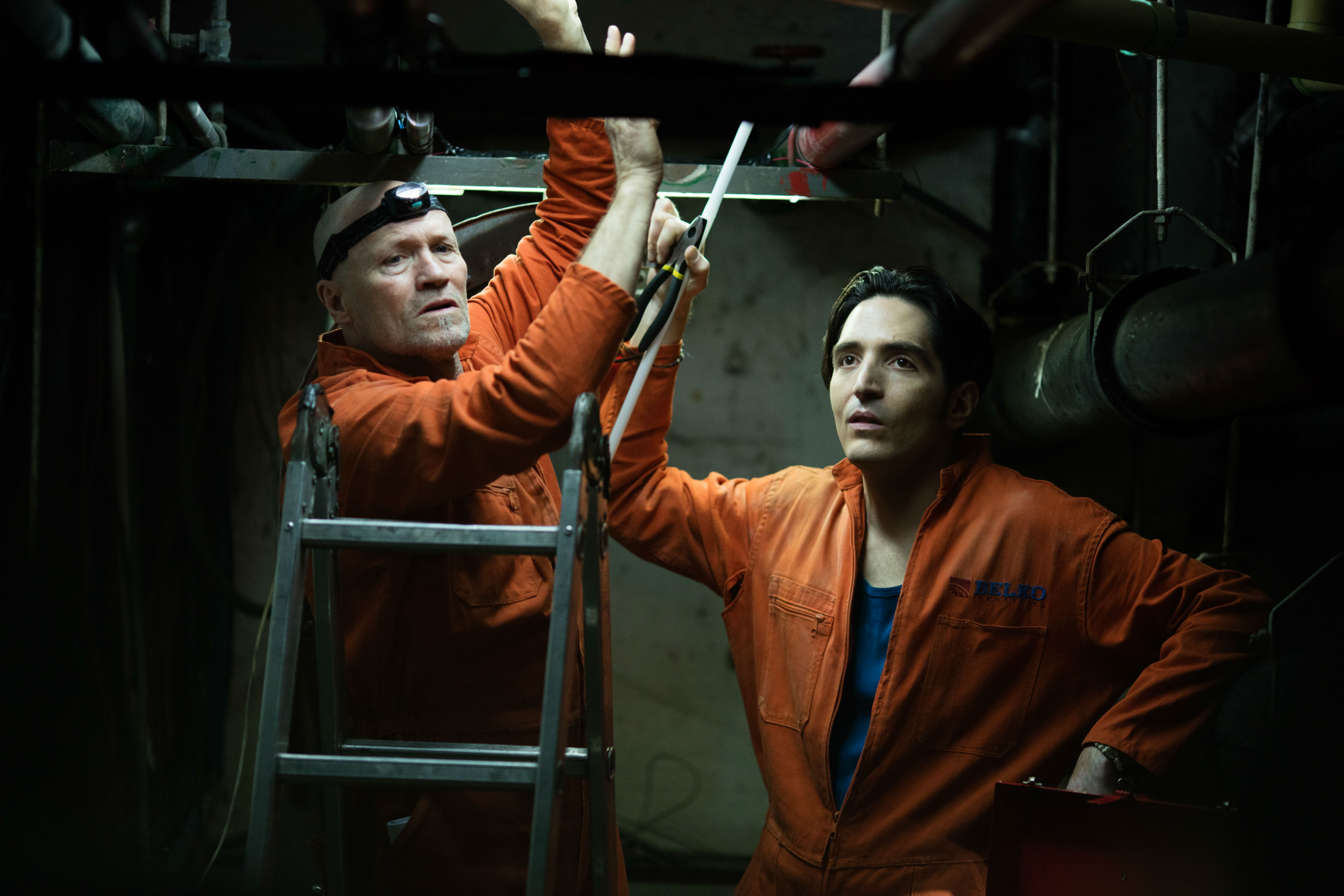 Once the surviving employees see that the voice means business, they begin to realize that they have to kill each other in order to survive. Some of them decide to form little groups in order to find a way out of the building. But sheets of metal immediately close down over every window of the building, and trying to signal for help from the roof only invites the armed guards to fire at them. The only way out is to kill everyone you can, and soon after it begins, The Belko Experiment devolves into a madcap bloodbath in which every man/woman is for him/herself.

Describing this as a mix of Office Space and Battle Royale (I wish I had thought of that first) is pretty much spot on, as characters in the film soon turn on each other with bloodlust in their eyes as they fight for survival. There aren’t a lot of histrionics to be found here either, the characters here really go after each other for the most part. And the blood really does fly, with nearly every character basically covered in the stuff after a few minutes. The premise is simple, if unexplained, and a strong cast was necessary to really make this thing feel believable. Happily, strong actors like John Gallagher Jr, Tony Goldwyn, John C. McGinley and Micheal Rooker are on hand to lend support to a interesting, but thin script (by James Gunn). One of the best things about the movie is the surprise I got when certain characters were dispatched a lot quicker than I expected them to be. Director Greg McLean wastes no time in getting to the bloodshed, and he gleefully revels in the red stuff as he bumps characters off with a healthy aplomb. There’s a nice dollop of humor tossed into the mix as well. The music for the film lends a bit of mirth to the proceedings (Characters enter the building to a Spanish version of I Will Survive), and does a good job of lightening up the circumstances for a few seconds every so often. 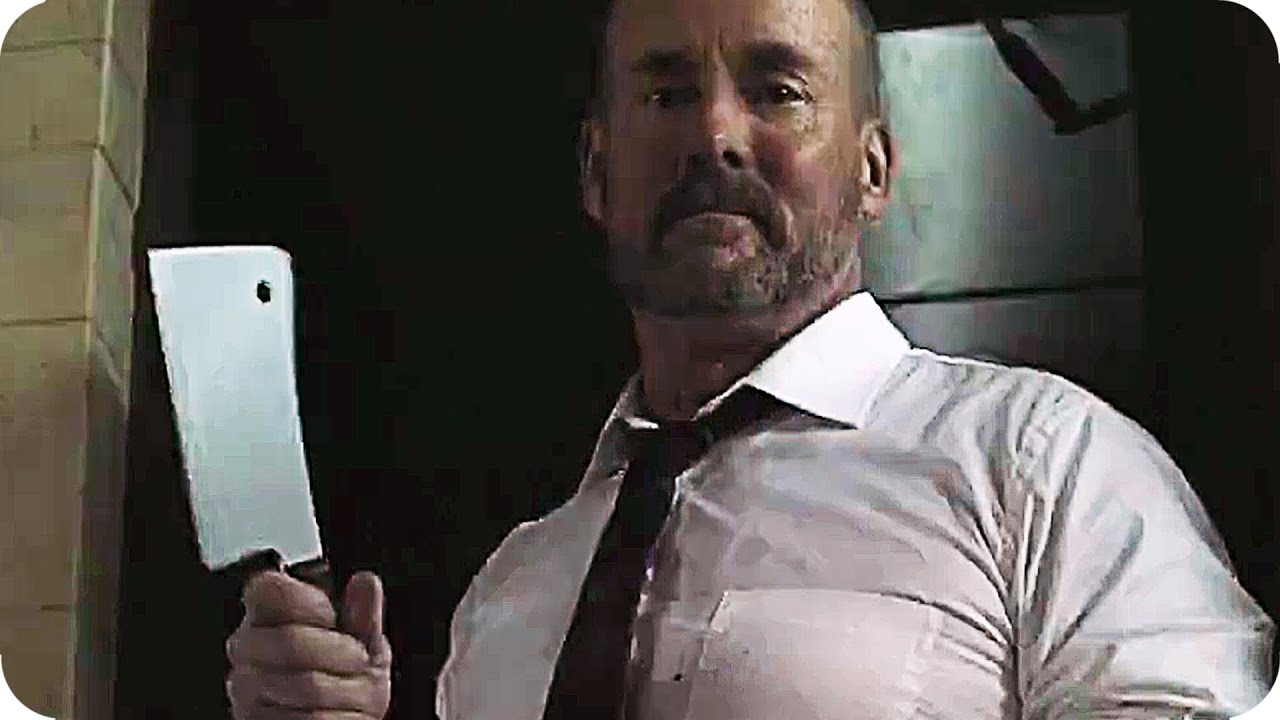 My biggest problem with the film isn’t its body count (Which is high), nor is it the way that body count cumulates (It seems there are all kinds of ways to kill people with office equipment). The big problem here is with the script, which starts out strongly, but seems to peter out 3/4 of the way through. It’s almost as if Gunn got to the point where he couldn’t figure out how to end the story. The ending left me feeling especially dissatisfied, as it doesn’t answer any questions at all, although it does point out that this experiment is taking place all over the globe. Who’s behind it and why it’s happening is left a mystery, but strong performances from the cast help to prop the script up when it starts to get shaky. 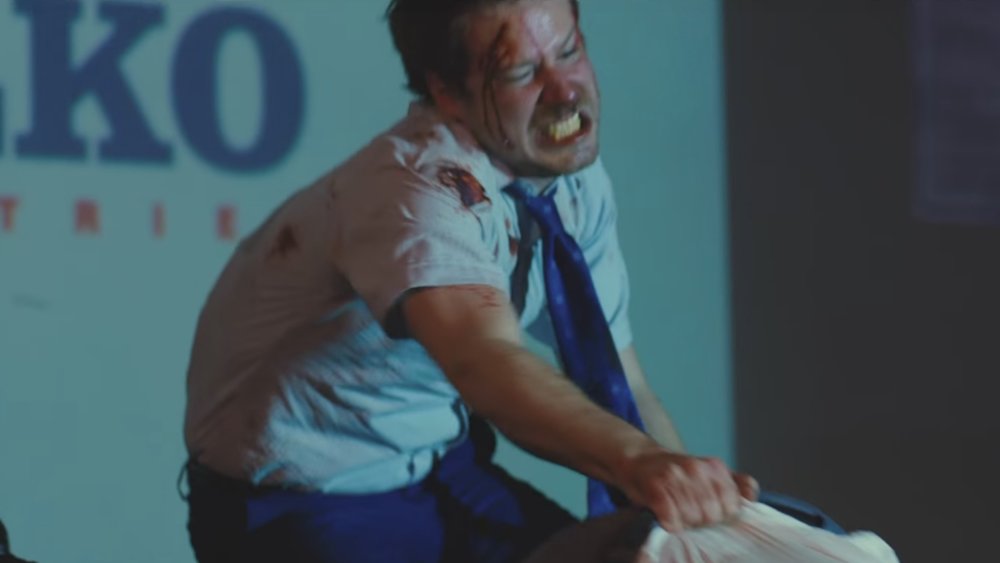 The Belko Experiment works as a kind of manic form of entertainment that will entertain its audience. It gets so over the top that one can’t help but having a good time watching it after awhile. But it isn’t a film that’ll hold up to repeated viewing, it’s central premise is far too flimsy to support seeing it repeatedly. So if you’re looking for a strong story to match the carnage, you’re out of luck. But good direction, and some very good performances make it worth at least one viewing. It’s the kind of film you wanna see with a group of friends, then you all can talk about how you’d survive afterwards.

The Belko Experiment – 2 out of 5 shrouds.