Being able to pick up new issues of The Dark Side is still an exciting prospect for me. The magazine’s return to publication and return to mainstream outlets has pleased me greatly, and thus it pleases me even more that the standard of the magazine continues to improve and grow. This latest issue is an essential purchase for any horror movie fan, possibly even moreso than usual due to the names being interviewed this time around.

The strength of The Dark Side is that it consistently delves deeper into the genre than just covering new releases. The magazine’s contributors understand that horror fans have a keen sense of genre history and that not everyone just wants to watch stuff like Saw.

Issue 144 of the magazine features in-depth interviews with Freddy and Jason themselves, Robert Englund and Kane Hodder, in which the past, present and future of their careers are covered in detail. Then there’s a great interview with none other than Tom Savini, along with Franco Garofalo of Zombie Creeping Flesh fame (or ‘fame’ if you prefer), Alan Jones (on his role as Dracula in Dario Argento’s DRACULA 3D), Barbara Nedeljakova (about STRIPPERS Vs WEREWOLVES) and more alongside the usual lengthy reviews, letters and features.

Currently bi-monthly, The Dark Side’s new era continues to offer quality content that differs from most mainstream movie magazines in that it shows a genuine love for the material it covers. Even when the film reviews are at their most scathing, it’s honest and well thought-out, and will continue to get me laying cash down for the next issue as long as those issues keep on coming.

What’s more, you can currently check out the first four issues of the original run of the magazine over at their website as a celebration of the magazine hitting its 21st birthday. Those issues, and this ltest edition, are essential eading for horror fans everywhere. Bliss. 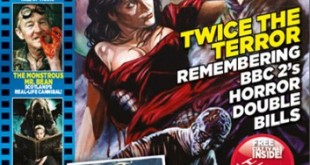 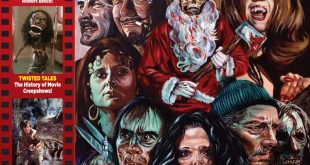